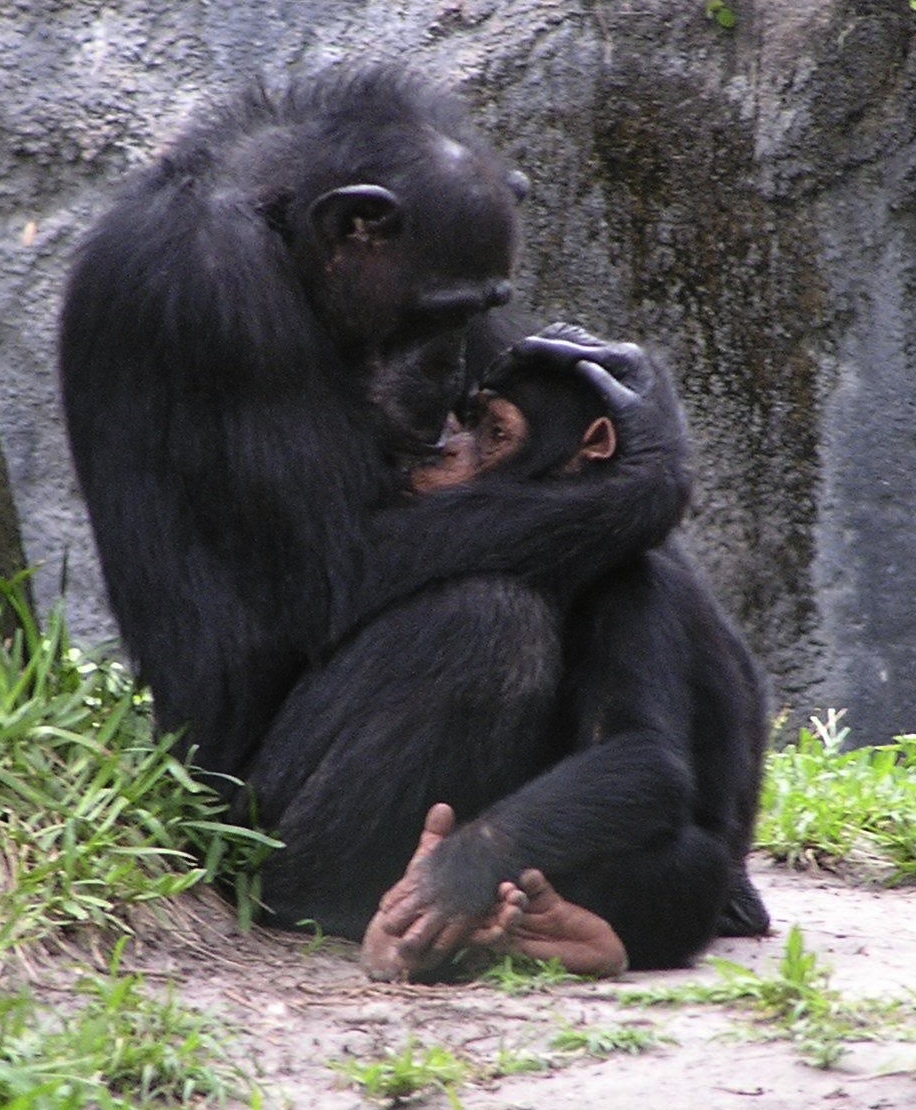 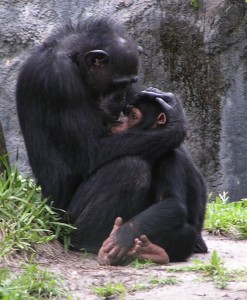 In the relentless quest to prove Darwin was right” another article claims to have discovered “chimpanzees appear to mourn their dead infants like humans.”

If Homo sapiens really developed over time from a lesser primate: Why then when it comes to maternal protection for the young, are gorillas and chimpanzees eons ahead of human beings?

Recently an article entitled: “A mother’s grief: The startling images which show how chimpanzees mourn their dead just like humans,” examined the similarities of how humans and chimpanzees deal with the death of a child. Yet one wonders whether chimpanzees are like humans or are human mothers like chimpanzees, because in the primate kingdom humans are the ones who are known for  destroying offspring prior to birth.

In a zoo in Germany, a baby gorilla named Claudio died in mama Gana’s arms. “For hours the distraught mother gently shook and stroked the child, vainly seeking to restore movement to his lolling head and limp arms… Gana continually prodded and caressed the dead child, to no effect.” Like most gorillas, Gana “exhibit[ed] both care for the dead and sadness … keeping the body close until it begin decomposing.”

Chimpanzee mothers also “establish close physical relationships” with offspring. Chimps are so attentive to newborns no one besides the mother can “touch or hold the infant.” In fact, the young are nursed until the age human babies start kindergarten. Most striking however is that unlike some human babies, after conception pan troglodyte infants only leave the womb naturally.

Calling it “evidence” to “just how similar chimps and other great apes are to humans,” recently in Zambia, scientists filmed one chimpanzee mother grieving over the premature death of an infant. “Watching [the] chimpanzee mother “tenderly lay a dead 16-month-old baby chimp on the ground” illustrates the power of natural instinct untainted by aberrant societal norms.

The chimp carried the cadaver for a day refusing to leave the dead infant’s side. Then she milled around for another day touching the dead infant’s neck and face hoping the baby would revive. Appearing to be unable to process the loss, the grieving mother stood on a nearby grass bank and watched over the small body.

Refusing to give up, the corpse of the baby was taken for a second opinion. A group of chimpanzees checked the infant as the mother stood by hoping for a miracle. Finally, after two days, the mama chimp “abandoned the body.”

The larger story here is not how similar humans are to lesser primates, but how much human maternal behavior differs from chimpanzees. Surely, chimps have seen death before, but the mother chimp seemed stunned by the unnatural sight of a dead infant.

Contrary to pro-Darwinian opinion, chimpanzee and human DNA is quite different and it shows, especially when studying chimpanzees in an effort to reinforce the theory of evolution.  Observing a grieving chimpanzee’s behavior toward dead offspring proves the purposeful destruction of progeny insults nature. Observing a non-human female primate proves a level of innate maternal instinct clearly missing in many human mothers.

A mourning chimpanzee may indicate similarities with humans when a mother cares enough to mourn a child.  However, the two differ greatly because unborn chimpanzees, without exception, are granted the right-to-life.

If verifying evolution is at the crux of the American Journal of Primatology’s grieving-chimpanzee report, there’s a glaring glitch. Those pushing the Homo Sapiens-are-just-like-chimps theory should ask a more pertinent question: If humans are higher on evolutionary chain than other primates, how come from conception to birth human mothers don’t behave more like chimps?