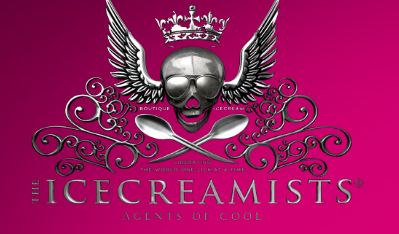 Barack Obama packed the bust of Winston Churchill in bubble wrap and shipped it back to England to make room for a misquoted White House rug. Dismissing Winston and giving away British nuclear secrets may or may not be the reason, but one thing is for sure – the Obamas are definitely not invited to the royal wedding.  So on the insult meter, Britain and the United States are dead even.

To discontinue the ongoing tit-for-tat, the President and First Lady decided it would be in the best interest of international diplomacy to accept Prime Minister David Cameron’s invitation to visit the UK at the end of May.

On the state visit Barry and Michelle agreed to bunk with the corgis in more modest quarters by staying at Buckingham Palace in close proximity to Shelley’s hug buddy Queen Elizabeth II. While it’s unlikely Michelle will be treated to a follow up cuddle from the Queen, the couple is certain to be feted with a full ceremonial welcome, as well as a banquet in their honor similar to the state dinners held for Chinese communist dictators here in the US.

Although Britain plans to roll out the red carpet for the visit, they have no plans to gift the first couple with iPods loaded with pictures of their last visit to Britain or a boxed set of Monty Python episodes.  However, London does have a unique culinary treat in store for child nutrition activist/ice cream enthusiast Michelle Obama.

After hearing that the First Lady advocates for the benefits of breastfeeding, it’s no surprise a London ice cream parlor, fittingly named The Icecreamists®, prepared a frozen delicacy that would make America’s anti-formula First Lady proud – scoops of ice cream made from breast milk.

Matt O’Connor, proprietor of the Icecreamists, “makes the dish by blending the breast milk with Madagascan vanilla pods and lemon zest.”

One extremely prolific mom donated a liter of mammary gland contents for the “totally natural” treat called Baby Gaga.  The 35 year-old donor, one of 15, said “What could be more natural than fresh, free-range mother’s milk in an ice cream?”

Selling breast milk online is the newest rage.  Sites like Facebook’s “Eats on Feets,” are part of what is “becoming a global milk-sharing network that has the Food and Drug Administration now considering whether the milk banks should be regulated.”

In the meantime, until the FDA works out the details there is still an upcoming trip to Britain and a First Lady who makes sure to taste-test, in faraway corners of the planet, every type of frozen gelato, sherbet, and sorbet she can find. So for an ice cream fanatic, a trip to London without a taste of the novel vanilla/lemony concoction would be downright tragic.

Icecreamists spokesperson Matt O’Connor said “No one’s done anything interesting with ice cream in the last hundred years. Some people will hear about it and go, ‘yuck,’ but actually it’s pure, organic, free-range and totally natural.”

Perfect! Mrs. Obama is not one to squander the opportunity to “urge Americans to provide fresh, unprocessed and locally grown foods to their families and to the neediest in their communities.”

The First Lady can publicly praise and then promote the groundbreaking efforts of a London ice cream parlor to come up with innovative ideas to turn nature’s healthiest food into a nourishing dessert that appeals to both fussy children and adults with discriminating palates.

In addition, stopping by the mother’s milk ice cream parlor provides an even greater diplomatic opportunity.  The First Lady can obliterate the tacky visual seared into Britain’s mind of her inappropriately hugging Queen Elizabeth, and replace the protocol faux pas with the image of a healthy woman enthusiastically digging into a triple-scoop helping of English breast milk ice cream topped with a blanket of steaming hot fudge, and oh yeah – don’t forget the cherry.