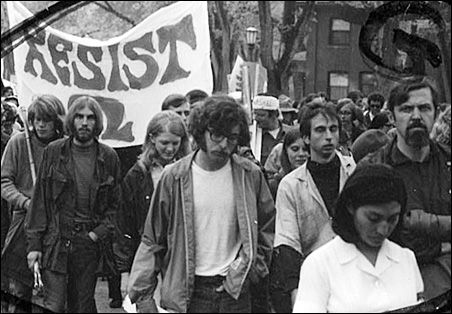 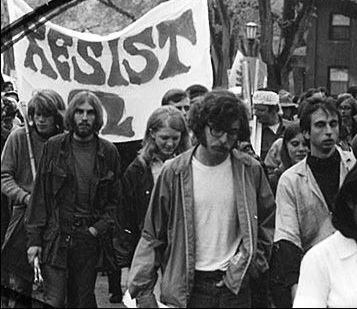 Democrats have a long history of exploiting the type of naïveté endemic to idealistic youth.  In the early 1970’s, while I was in high school, there was an anti-war “moratorium” on school grounds.  I vaguely remember that a commotion ensued and a herd of hippies stampeded out to the football field and populated the bleachers with Earth Shoes and love beads.  Caught up in the enthusiasm, I allowed myself to be ferried along with the crowd. The truth is I had no idea where I was headed or what was going on.

A similar spirit of youthful angst is infusing power into a dynamic situation presently taking place in Wisconsin.  Caught up in the event, new generations of spoiled rotten kids have joined forces with union workers to give away what they haven’t worked for.  In photos of the free-for-all, angry young women appear to be truant militants who decided to skip the women’s studies classes and march against “The Man.”

On the bright side, for the left, the rowdy activist front in Wisconsin has proven to be an encouraging sign for potential recruits and a firm foundation for the Democratic Party to build upon for the next election.  Hence, the arm of Barack Obama’s 2008 campaign machine, Organizing for America, has geared up and is presently in the process of mobilizing an “army of community organizers” made up of young people who, when not at political rallies in Wisconsin, should otherwise be working.

Democrat activists are advertising this year’s Obama-centered volunteer Summer Organizing Fellowship as another opportunity to strengthen American society, i.e. “our democracy,” by “moving forward for years to come” the left-wing agenda of the person who has undermined many democratic principles and freedoms during his first two years as president.

Democrats might as well be asking the youth of America to assist in building the gallows they’ll be hung from as the left prepares to recruit young people to usher in another Obama term.

As the campaign ensues, being bandied about is the inspirational word: “Cause.”  Regrettably, thus far, the left’s unpaid helper syllabus has failed to clearly define what that “cause” actually is.  The indistinct nature of the term may be purposeful. Obama operatives are probably confident that ambiguity will result in a similar 1972-style nary-a-clue charge to the bleachers.

In 39 years not much has changed.  It’s 2011 and the Barack Obama “Summer Organizing Fellowship” is just another in a long history of liberal military-type recruitment efforts directed at individuals who normally would boo and hiss at on-campus ROTC representatives.  The revitalized Obama “grassroots program … aims to put boots on the ground and help foster a new generation of leaders – not just to help win elections but to strengthen our democracy in communities across the country.”

It sounds as if Organizing for America is planning to turn Generation X’s attention from collective bargaining efforts in Wisconsin toward lacing up symbolic leather boots with the intention of placing a community organizing “foot” squarely on America’s electoral throat.

The promo for the June-through-August fellowship eggs on street soldiers to scurry mindlessly toward the bleachers, reminding them along the way “Effective organizing doesn’t happen in a vacuum.  It takes commitment, time and hard work to build a ‘movement around a cause.'”  The message: Forfeit summer jobs because commitment and hard work is praiseworthy only if toiling endlessly without pay for MYBARACKOBAMA.COM.

The President’s pitch team maintains the summer program is “not just to help win elections” (emphasis on the “not just”), but to “foster a new generation of leaders.”  Let’s face it — what could be a better advertisement for community organizing than Barack Obama spending afternoons with his feet up on the desk in the Oval Office?

The exciting “Summer Organizer Program” application promises those selected will be “trained in the basic organizing principles that have helped to build and power this movement, and [will] be assigned to a specific community where [those selected will] get to work organizing supporters…street-by-street, neighborhood by neighborhood.”  Selection is contingent on things like paying your own travel expenses and answering mandatory questions about “working with diverse communities,” as well as displaying measurable obliviousness to what the “movement” is really all about.

In addition, potential community organizers will be building the “movement around a cause” by agreeing to bunk in other states in free communal housing with other equally enthusiastic Obama supporters.  Young people from blue states concerned about home “communities” will almost certainly be called on to prove their loyalty to the greater cause by agreeing to be deployed to “boots on the ground” red states.  Organizing for America maintains that by doing so, Astroturf — sorry, I mean “grassroots power [will rise] to an impressive new level.”

So here we are America, one year and nine months from the next Presidential election, and Barry has executed a couple of very impressive community organizing test runs.  Crowds of cheering T-shirt-wearing young people rallied to the fore on behalf of Barack-promoted civility in Tucson and then just a few weeks later united behind a President who said uncivil protesters are America’s friends and “neighbors.” Youthful enthusiasm for two diametrically opposed stances proves once again that Democrats know how to capitalize on those who simplistically allow themselves to be shepherded along to the bleachers without fully understanding where they’re going, much less why.

The President said, “Victory alone is not the change we seek — it is only the chance for us to make that change.” Therefore, for Barack Obama to emerge from the next election victorious and in hopes of filling the stadium seats with clueless voters a second time in 2012, Organizing for America is in the process of actively cultivating the same herd mentality I foolishly fell prey to in 1972.