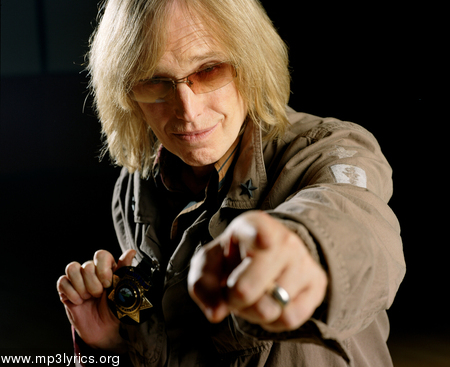 In an effort to further promote the message of love, peace and the type of compassion intrinsic to all dedicated liberals, Alec Baldwin, a paunchy comedian with anger issues, called attention to what he feels is Michele Bachmann’s inability to articulate by inarticulately spewing obscenities in the Minnesota congresswoman’s direction by way of Twitter.

Within seconds of Michele announcing she’d decided to launch a bid for the Republican nomination for President of the United States, it became clear that not one iota of liberal negativity toward conservatives has abated.

Over the past few days, the rock world has joined the fun by publicly stepping forward in an effort to send a message to the latest object of targeted political ridicule, Michele Bachmann. The goal is to drive home the point that liberal rock musicians disapprove of both Bachmann’s politics and audacity in thinking she actually has a chance to send honorary rock star Barack Obama back to Chicago.

Following Alec Baldwin’s Twitter tirade, Tom Petty, a Mad Hatter in sunglasses, decided it was his turn to deny Bachmann, without explanation, the use of one of his hit songs. Petty is so anti-GOP he forbade Michele Bachmann from playing  “American Girl” as a musical backdrop to her announcement to run for president.

Apparently, the last thing Tom Petty wants to be associated with is writing the signature anthem that could accompany a female Republican candidate on the trip from Minnesota to the White House.  So, to prevent that from happening, the rocker sent a three-word message to Michele: “Cease and desist.”

It’s doubtful that Tom Petty would decline $275 per person ticket proceeds based on who concertgoers supported in the last election. Yet, rock musicians who refuse, due to partisan politics, to let conservative candidates use songs for campaign backdrops forget that many of their fans are conservatives.

It’s no secret; Tom Petty isn’t a fan of the Right. When George W. Bush ran for governor of Texas, the genial GW pulled a Michele Bachmann and complimented the songwriter by using “I Won’t Back Down” as a campaign song. The unappreciative Petty had his publisher warn the campaign that using the ballad could send a false impression (Heaven forbid) that Petty endorsed Bush, and ordered the gubernatorial team to pull the song.

Tom Petty is one of a large herd of liberal singers and songwriters who sell their wares like capitalists on steroids to anyone and everyone, but when a conservative candidate identifies with one of their songs, out of fear of being perceived as leaning to the right hawkers of concert T-shirts and tacky glassware suddenly become all partisan and possessive.

Yet when Democrats like Black Socks Spitzer of New York and John ‘My-Wife-Has-Cancer-While-I’m-Having-an-Affair’ Edwards used Heartbreaker music as campaign anthems, Tom the Perpetually Petty fully endorsed both Lotharios using the extremely apropos “Won’t Back Down” ditty.

The “You Can Call Me Al” and “Don’t Stop” crews are proud to have signature songs associated with Al ‘Crazed  Sex Poodle’ Gore and impeached adulterer Bill Clinton, but Sarah Palin shaking hands and hugging babies in time to “Barracuda” irked female rock group Heart so much the duo threatened a lawsuit if Sarah didn’t pick another tune.

Truth is, in the world of rock and roll, the liberal malady is endemic. In the 1980’s Bruce Springsteen took on the Gipper over Reagan’s use of the song “Born in the USA.” During the 2004 presidential election, in an effort to save the USA from a second Bush term, Bruce partnered with über-liberal left-wing group MoveOn.org to headline a star-studded caravan of whiners in a Vote for Change Tour.

The 2004 MoveOn.org/rock-and-roll effort failed and Bush won reelection, which proves there are more Republican voters than liberals realize.  If, as a group, conservatives boycotted downloading music from iTunes and stopped buying concert tickets, many artists who feel comfortable insulting Republicans for sport would definitely take a hit in the pocketbook.

Then again, one has to wonder if someone like Bruce Springsteen even comprehends the concept that the people he slurs with his political invectives have the monetary power to affect The Boss’s bottom line.  After all, didn’t Springsteen say Obama “speaks to the America I’ve envisioned in my music for the past 35 years?”

Even still, the liberal Step Away From the Song list goes on and on: Pretty boy Jon Bon Jovi told Sarah Palin not to use “Who Says You Can’t Go Home.”  The Foo Fighters and Van Halen dissed John McCain; Bruce Hornsby felt Sean Hannity’s use of his song “The Way it Is” shouldn’t be the way it is; and rock group Rush informed Rand Paul he’s no “Tom Sawyer.”

By now, Republicans should know better than to provide ammunition for the left by failing to stringently follow copyright laws and respect property ownership rights. Yet, a politically partisan situation still presents an opportunity to learn a profound lesson for those on both sides of the political aisle.

Liberal musicians should understand that having a fan base largely made up of those without the ability to pay $1.99 to download a song or lay out close to three bills for a concert ticket isn’t going to ensure their rock star lifestyle for very long.

For those heartbroken by Petty Heartbreaker, conservatives must take their eyes off the “Yes We Can” free-for-all where liberal politicians sway and wave in time to music amidst showers of balloons filled to capacity with Democrat hot air.  It’s time to realize the same standard does not and will never apply to Grand Ole or Tea Party candidates. Just because liberal musicians become gazillionaires with the help of Republican fans doesn’t mean those same rich rock stars will show appreciation by treating conservative candidates with respect.

For those on the right, the salient point is this: liberal politicians are never denied rights to artists’ theme songs; quite the contrary, they are encouraged to use them. Conservatives politicians should not be so naïve as to assume similar rules apply to the likes of Herman Cain and Michele Bachmann.

With that in mind, Bachmann and Harley-riding Barracuda Palin should rethink forgoing the mud wrestling fight Michele claims the media is itching for and hit the ring to work out which lady will seek permission to claim Carrie Underwood’s “All-American Girl” and whose anthem will ultimately be conservative rocker Kid Rock’s “Born Free.”