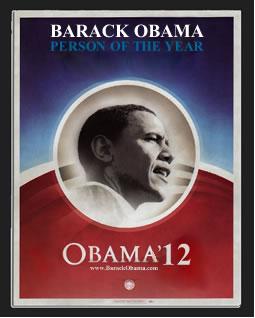 If selling raffle tickets for dinner with the Head Honcho weren’t enough to prove the Obama 2012 campaign is in need of a few bucks, selling dog collars and leashes that say “2012 Barack’s Best Friend” should make it official.

Souvenir items abound on the 2012 BarackObama.com website, featuring Barack-friendly dog leashes and collars and so much more.  The idea is, whether you’re walking around the block or willingly putting your head on the chopping block, everyone will know you’re into “Hope and Change.”  Not to discriminate in favor of canines, for the bargain price of $12 there are even cat collars for the pets of feline-inclined peaceniks that shun hawks and eat chicken.

For the chef in the family there is a $35 “Fired up – Ready to Grill” apron. The blurb describing the apron may have been inspired by Michelle Obama’s affection for Wagyu beef, tailgate parties and BBQ. While grilling is always fun, a cooking method that would really epitomize the state of the nation today would be a Barack Obama “You’re all Toast” toaster.

There are two canvas tote bags: one for corporate jet owners with leather (shhh, don’t tell PETA) handles that costs 50 bucks, and another for the least fortunate among us, at a 40% discount price of $30, that has lots of room for ACORN workers to stash questionable voter registration forms.

Thermoses come in handy to fill with various and sundry libations, for both proper hydration and to dull the pain of crushing economic catastrophe. So, thanks to Obama’s bid for reelection, thirsty, unemployed voters now have an opportunity to fill a roomy tote with an Obama-Biden water bottle or a 2012 coffee tumbler, both of which proudly display the world-famous “O” logo.

For $20, if it’s really coffee you carry around in a tumbler, Obama fans can also sip hot java from a ceramic cup that has Obama’s mug on one side and a photo of that famous lime green Hawaiian birth certificate on the other, whose mocking intent is to point out to birthers that:

There’s really no way to make the birth certificate conspiracy completely go away, so we might as well laugh at it — and make sure as many people as possible are in on the joke. Get your Made In The USA mug today.

“Made in the USA” – tongue-in-cheek sarcasm is so hilarious there should be a disclaimer that Obama 2012 will not be responsible for hot coffee shooting out of noses and scalding people on the unemployment line or melting the keys on the laptops of hopped-up liberals switching out Starbucks for Mugaga coffee from Kenya.

Of course, for the serious Obama loyalist, there’s the standard $25 baseball cap.  Ball caps are handy for covering heads prematurely balding due to economic stress, and as the President well knows they’re not just good for keeping the sun off his head while golfing, they’re great for covering stray grays between Sunday night Just for Men #4935 touchups.

In the clothing department, there is a full array of Obama t-shirts.  For the kids who won’t be able to buy a $25 t-shirt in 20 years thanks to the national debt, parents should buy them a toddler size for now and an adult size to keep for their bankrupt future, so at least they’ll know who’s responsible for imprisoning them in public housing for life.

Kids’ t-shirts come in blue and white but not pink. Christine Romer and Anita Dunn both confessed, according to “Confidence Men: Wall Street, Washington, and the Education of a President,” written by journalist Ron Suskind, that ladies, who generally tend toward pink, aren’t given all that much credibility in the Obama White House, with the exception of “brainstorming” border security expert, Eva Longoria.

One item that probably won’t be featured in the Planned Parenthood lighted Obama 2012 merchandise box in the abortion clinic’s lobby is newborn onesies. “For the littlest Obama supporter in your life” that happens to make it out of the womb alive, buyers will have ‘the right to choose’ from a full variety of pink, white and blue baby duds.

The Obama 2012 campaign, which prides itself on sensitivity, may have fumbled when they included lawn signs in the array of exciting products. In light of the foreclosure crisis in America, the campaign should probably up the bumper sticker inventory and do away with anything normally marketed to homeowners.

Over at the button store there is a cacophony of choices; there’s even a $5 First Family button combo. There are lapel pins for every state, but regardless of actual red or blue state status, all of them are blue.As far as the $450 Mason jar filled with 50 state lapel pins, in keeping with the ‘Made in the USA’ self-deprecating stab at humor, it would have been clever to include an additional seven blank, shapeless lapel pins, in honor of Obama’s imaginary tour of all 57 states, not including Hawaii and Alaska.

With the 2012 election on the horizon, the Obama for America online merchandise store provides two-term toadies an endless carnival of delights.  The only items missing are limited edition six-packs of White House-brewed Honey Ale, flower arrangements made with dried kale leaves from the first lady’s organic garden, and valuable keepsakes such as JLo’s lipstick-stained hors d’oeuvre napkin left over from the White House Super Bowl party.

Thus far, it appears that the Obama for America online tchotchke mart has been unable to make an exception to the rule and accept food stamps for payment. Yet Barack Obama is sensitive to the fact that with unemployment so high and discretionary cash at a minimum, it’s difficult for even his most ardent fan to fritter away gas money on a $65 Obama support pack.  That’s why America’s spend-now-pay-later presidential pragmatist probably secretly prefers all donations and purchases be placed on a high-interest credit card, or even better, paid for with government-provided “stimulative” unemployment check monies.