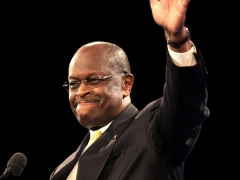 Democrats continue to maintain that by electing Barack Obama, they alone were the pioneering influence in addressing the dark stain on our nation’s history called racism.  The day after the 2008 election, African American writer Shelby Steele penned an article entitled “Obama’s post-racial promise.”

Steele argued that one reason Barack Obama won the election was that the idea of electing America’s first black president “tapped into a deep longing in American life — the longing on the part of whites to escape the stigma of racism.”  In other words, for whites tired of being accused of racism, electing Obama provided a viable avenue of escape.

Despite the historic milestone that was reached when Barack Obama was elected, the left felt it necessary after the fact to stand guard in the “Who’s a Racist” watchtower, declaring their party the self-appointed Racism Police.  Ironically, what is more evident than ever before is that the left’s relentless defense of blacks has revealed the dark underbelly of the very intolerance they pretend to decry.

Shelby Steele argued that the election of Barack Obama assuaged a measure of white guilt; but the truth is that Democrats putting a black man in the Oval Office had little to do with skin color and everything to do with leftist political ideology. The very people who heralded the nation’s rising above a historical stigma are now instigating a deeper, wider division by redefining racism as political disagreement with Obama.

In fact, with the next presidential election hovering on the horizon, what is being proven is that while the motivation for electing Barack Obama in 2008 may have been an attempt to triumph over racism, with Herman Cain now rising in the polls, the hollow nature of racial acceptance by the left is being exposed for the ruse it is.

Presently, the bad news for African-Americans is that the only thing worse than being a white Obama detractor is being a right-leaning black. Cain’s candidacy confirms that if in 2008 Barack were a black conservative running against a white liberal, rather than being portrayed as a harbinger of “post-racial idealism” Obama would have been labeled an Uncle Tom.

What liberals fail to recognize is that, in much the same way they voted for Obama to supposedly embrace post-racism, assigning the title of racist to anyone who disagrees with liberal policies uncovers something ugly within themselves.

Democrats try to imply that black conservatives supporting Mr. Cain do so only because they identify with a deep and abiding self-loathing. The way Herman Cain is being characterized, it’s apparent the left still expects blacks to think less of themselves — an assumption that, if even suggested by someone on the right, would be immediately declared definitive proof of Republican racism.

Recently, MSNBC’s liberal race-baiter, Ed Schultz, suggested that Cain just tells racist whites what they want to hear and maligned him for mentioning potential running mates like Jim DeMint (R-SC), whose words the left have pseudo-linguistically-analyzed, finding hidden racist undertones where none exist.

In a perfect example of ideology determining the presence of prejudice, the supposedly color-blind liberal Schultz claimed that DeMint used “racist language in his opposition to ObamaCare.”  In post-racial America, the South Carolina congressman is accused of  “dark racial discourse” because he said, “If we are able to stop Obama on this [health care law], it will be his Waterloo. It will break him.”

Director of Afrikaner studies at Lehigh University, Dr. James Pearson, concurred with Schultz.  Pearson interpreted the words “it will break him” as an “old southern racist term…used to destroy, mentally and physically, slaves.”

Clearly, the post-racial left is obsessed with transforming American politics into a perpetual test. Every word spoken by critics is summarily subjected to a filter where a benign word like “break” now implies approval of oppressive slavery. What Ed Schultz and liberals like him fail to recognize is that applying the “racist” rubric to every conservative utterance is, in essence, an attempt to “break” black candidate Herman Cain.

Yet its liberals who insinuate that Herman Cain is a man so self-hating that he gives “folks a pass” on racism. Those who make such peculiar accusations reveal themselves to be the true racists that Shelby Steele suggested had chosen to vote for Obama based on an unspoken promise to not hold the perception of racism against them.  Yet racism is what shapes liberal opinion of a man whose conservative politics weaken their concepts of authentic blackness and whose race is secretly held against him by those on the left regardless of race.

By saying “It’s almost as if this guy is trying to warm up to them and tell them what they want to hear,” Schultz calls into question the black presidential candidate’s veracity, honesty, and commitment to foundational principles.

Is that how Democrats view all black men, or just Herman Cain? The left seems convinced that Cain panders to “white Republicans, who don’t like black folks,” which ends up being evidence of insidious racism that implies blacks are somehow unlikeable.  Moreover, it suggests Herman Cain can’t think for himself and hasn’t the ability or character to possess core convictions of his own.

Listening to Ed Schultz, one would think the confident, articulate Herman Cain is a race-baiting manipulator who uses empty words in his quest for power and uses as stepping-stones the overburdened shoulders of his own people.  Sound familiar?

The MSNBC drone also believes Cain does a “disservice to his race” by denying that “racism in this country today holds anybody back in a big way.” What Ed Schultz, who most certainly voted for Obama, fails to acknowledge is that if Obama had been uneducated, he would never have been elected president, proving correct Cain’s premise that education, not skin pigmentation, holds black Americans in bondage to poverty and low achievement.

The left continues to portray Democrats as something they are not, and do so by attempting to point out non-existent racial hostility on the part of political adversaries. Yet despite the effort, something the left didn’t anticipate was that the candidacy of Herman Cain, not the election of Barack Obama, would end up exposing the party where America’s true racists reside.

Liberals prove Shelby Steele’s premise to be true — their support of Barack Obama holds little weight or evidence of racial reform on their part.  It’s all about power and ideology.  If that weren’t so and lasting change had really taken place, being at odds with Obama wouldn’t be considered racism, nor would smearing potential black presidential candidate Herman Cain be so widely accepted by the left.