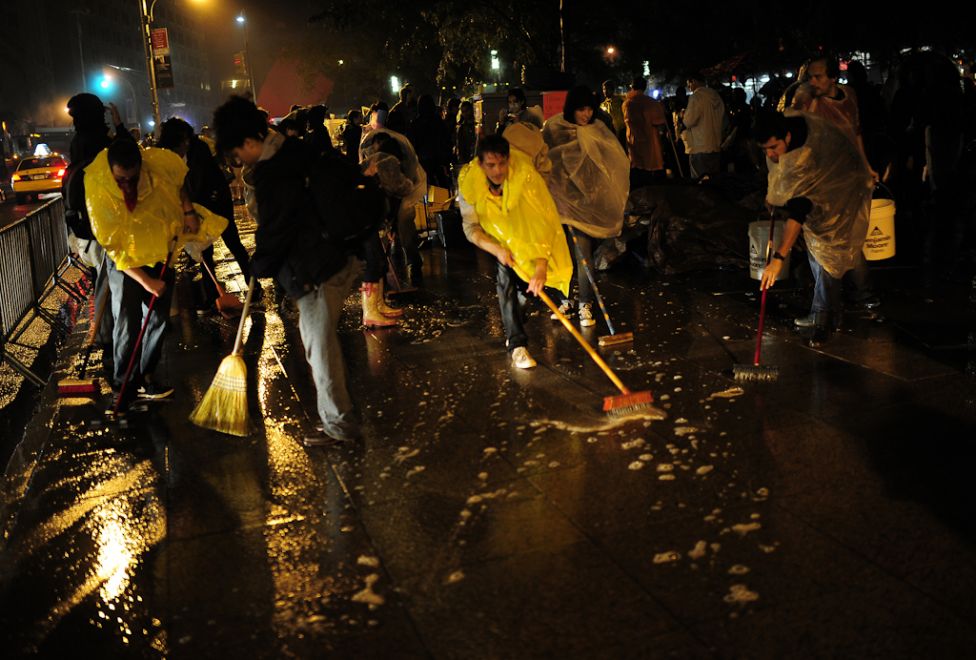 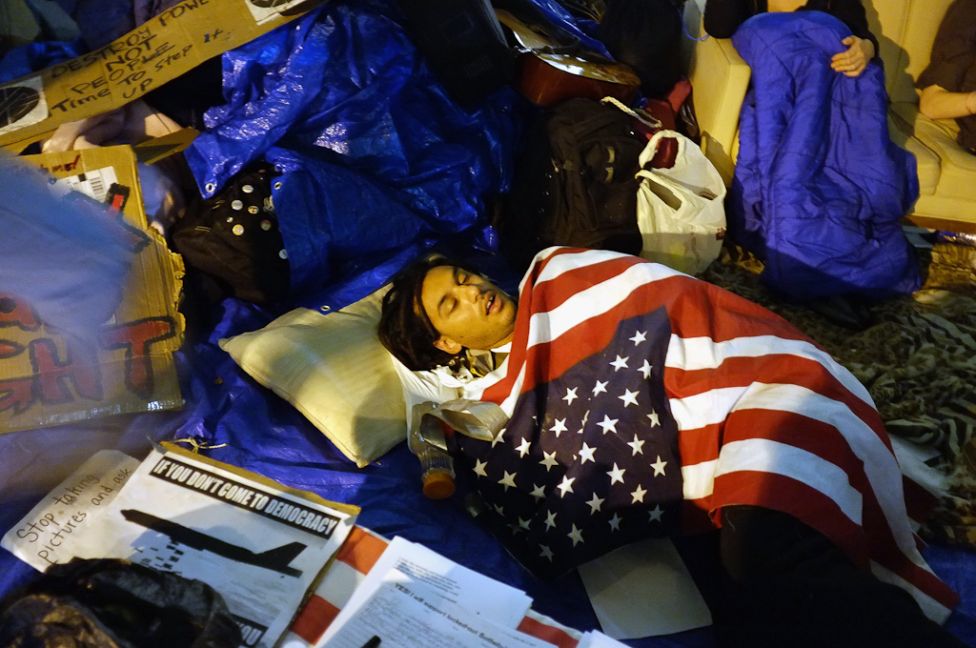 Being unemployed sure does stink.  But now President Obama finally has a vehicle to deliver those “shovel-ready” jobs he’s been promising for the last couple of years: the Occupy Wall Street protests.  While it seems odd that the president of the United States would support protesters living on the streets of New York City in squalor, his approval may hinge solely on the potential for the piles of garbage, debris, and human excrement to change the future unemployment picture.

According to the Financial Times, “[b]oth the President and Joe Biden have expressed understanding of the movement that has spread rapidly across the country.”  Mr. Biden shared his opinion that “[t]he core [of the protest] is: the bargain has been breached. The American people do not think the system is fair, or on the level.”

Either way, “movement” is a good descriptor, because one noble protestor felt moved to make a tangible nonverbal statement about the inequity on Wall Street by defecating on a police squad car in broad daylight.

The truth is, Occupy Wall Street and its sister demonstrations across America are finally providing Obama with an actual “movement” that conveys a message of fairness on his behalf.  As the president so brilliantly explains, people are “angry because Wall Street,” much like the man who would not be curbed, “has not been following the rules.”

Creating jobs and exposing filthy lucre are just two of President Obama’s many stated goals.  The demonstrations Obama fuels by continually chastising bankers are made up of thousands of individuals whose objectives happen to align perfectly with the vision of America held by the man in the White House, where greed and avarice are railed against and denounced by people demanding as much free stuff as they can possibly get.

What exactly do Barack Obama and the Defecating Democrat Demonstrators really want?  Down in Tennessee, one young protester summed it up: “I believe the American dream is truly in jeopardy…there are so many people like me in Tennessee who are fed up with the Wall Street gangsters.”

So it’s unofficial but understood that it’s time to pay up.  In the occupied world of Obama-style free-dumb, some of the many demands that need to be met include the standard freebies like free education, free health care, and a living wage regardless of employment status — better known as free money.

When not cursing out elderly Jews on the street, without even realizing it, some protestors have actually called for reinventing the Biblical Day of Jubilee, where all outstanding debts are forgiven.  Occupiers want “[d]ebt forgiveness of sovereign debt, commercial loans, home mortgages, home equity loans, credit card debt, student loans and personal loans now.”  Their motto is that when Mom and Dad throw your freeloading carcass out, buy now and find someone else to pay for it later.

What remains unclear is whether all that forgiven debt will be paid for by money-hungry fascist bankers and business owners.  And if that’s the plan, do they pay up before or after sentencing?

Either way, in a fairer, freer world, the Charmin Charter (formerly known as the U.S. Constitution) would include a race and gender equal rights amendment; open borders that welcome everyone without exception or limitation on travel, residence, or occupation; and, if all goes well, pilot training and air travel vouchers for anyone with a Middle Eastern accent.

So far, that’s just a short list of protester demands, but just like Obama, the people leaving huge piles of refuse in Zuccotti Park just want a cleaner, “better world.”  What better way to usher in the dream than with a president who blames the job-creators for preventing employment, and where unemployed demonstrators poop on vehicles driven by individuals represented by the very unions Obama supposedly supports?

Occupy Wall Street has provided the president with a unique opportunity to finally fulfill that stimulus promise he made so long ago to deliver “shovel-ready jobs.”  It just so happens that the shoveling will be done alongside police vehicles; around fire hydrants; and in filthy, garbage-strewn parks.

There’s no denying the creativity of putting people to work by rallying a rowdy group of spoiled, over-indulged, ungrateful slobs to cultivate a sanitation crisis while they demand higher pay for doing jobs they view as beneath them.

All in all, the effort — complete with hula-hoops, face paint, and wool caps — has contributed to what is turning out to be a nationwide success story.  Because like the protesters, while occupying the White House, Barack Obama has also successfully orchestrated a “movement” exemplifying the political mess he’s made of the nation.  He’s doing to America the same thing that guy did to the police car while occupying Wall Street.