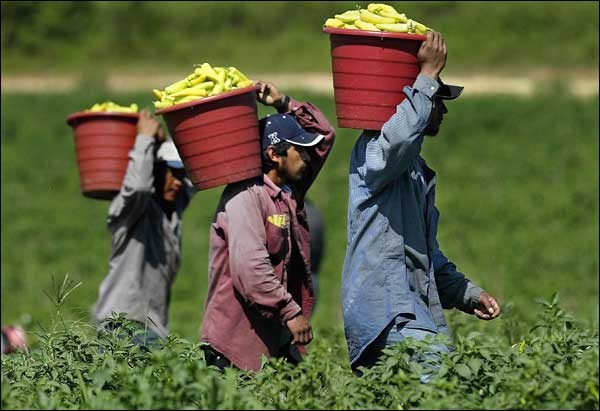 America has a 9% unemployment rate, but the Department of Homeland Security, instead of hiring US citizens to assist in rounding up undocumented aliens and shipping them home, has chosen to authorize employing people who shouldn’t be here in the first place.

The Department of Homeland Security, headed up Janet Napolitano and in cooperation with the White House, has chosen to reward illegals with paychecks that could otherwise be going to Americans who are unemployed. According to Napolitano, DHS apparently sanctions and authorizes hiring foreigners who flout the law, citing “prosecutorial discretion” as the excuse.

What next?  Why not make exceptions for well-behaved child molesters to prove they’re rehabilitated by allowing them to work in day care centers?  Or how about, as a good faith expression of redemptive trust on the part of the federal government, giving car thieves part-time jobs at Cadillac dealerships?

At a recent Senate Judiciary Committee hearing, Janet Napolitano cited “agency leeway” as an excuse to allow illegals to work – another policy that underscores the absurdity that has defined this administration’s stand on immigration. Regardless of how family-minded, polite, or hard-working, illegal aliens remain lawbreaking interlopers who have zero regard for our country or its rule of law.

Nonetheless, how has the Obama administration chosen to address the pervasive problem of illegal immigration? By bestowing on iniquitous individuals the gift of free education, promised amnesty, taxpayer-funded entitlement programs, and jobs that the perpetually underemployed would be more than happy to fill.

At the hearing, ranking member of the Senate Judiciary Committee Senator Charles Grassley (R-Iowa) probed Janet Napolitano with questions, hoping to get at the root of the lunacy.  Grassley asked the DHS secretary the following question: “According to the information from your department, some individuals who are given relief will obtain work authorizations. So people with no right to be in the country will be allowed to work here. Is that correct?”

Napolitano responded to Grassley’s question by citing a policy “allowing illegals to work,” which she claims has been in place since 1986.  Although the Secretary failed to name the legislation, it’s possible she was referring to the Immigration Reform and Control Act of 1986, a bill otherwise known as Simpson-Mazzoli Act.

The original intent of Simpson-Mazzoli was to “curtail the employment of illegal aliens and make employers responsible for verifying applicants’ eligibility to work in the US. Seasonal agricultural workers (who were in the country illegally) were offered amnesty, as were undocumented immigrants who had entered before Jan. 1, 1982 and maintained residence in America.”

The bill also increased border patrols and prompted “efficient adjudication of petitions and applications.” A pathway to citizenship was instituted by adjusting an illegal alien’s status to that of being “an alien lawfully admitted for temporary residence. One condition was an absence of a felony conviction and no more than two misdemeanors. After one year, the immigrant could apply for another adjustment of status to become ‘lawfully admitted for permanent residence.'”

The difference between 1986 and 2011 is that since then, the number of illegals residing in the United States has grown from 2 million to an unmanageable albeit conservative estimate of 12 million.

Moreover, 9-11 proved that there are those who have entered the nation illegally who come here for reasons other than picking apples as a ‘seasonal agricultural worker.’  Couple that with the abysmal unemployment picture for American citizens who remain desperate for work, and the federal government offering jobs to illegals, regardless of the excuse, borders on irrational.

So once again the nation is confronted with an administration and Department of Homeland Security that continue to be suspicious of ex-military personnel, pro-life activists, evangelical Christians, and Tea Party members, but who feel comfortable rewarding criminal interlopers who infiltrate the nation’s borders, some with malicious ill intent, with jobs that remain scarce for the law-abiding.

Maybe it’s just that Janet Napolitano is too busy hunting down right-wing extremists to find time to focus on enemies who come to America disguised as destitute migrant workers looking for a better life, or to acknowledge that Al-Qaeda and Al Shabaab operatives routinely slink across the border into the United States.

In the meantime, the Department of Homeland Security, together with Obama, rather than defend the native soil they swore to protect, are complicit in providing pathways for terrorists to be established in occupations whose ultimate payday includes doing the type of work by which unemployed Americans may be financially harmed today and fatally wounded tomorrow.