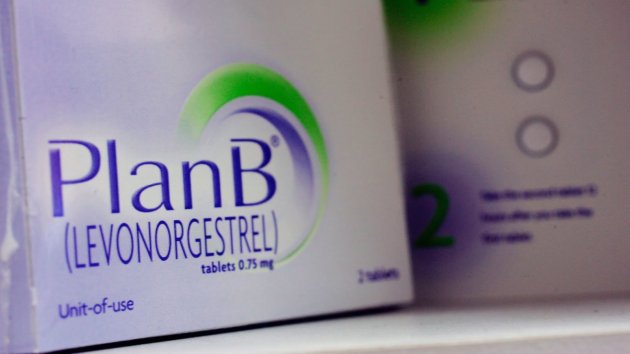 In all fairness, today the Administration did choose to block wider access.

Based on their obsession with grocery and drug store chains, Mr. and Mrs. Obama are presently putting late supermarket magnates Julia Waldbaum and Sam Walton to shame.

First Michelle addressed food deserts in low-income neighborhoods.  Mrs. Obama encouraged equitable food access through the granting of federally funded monies to build markets that sell and stock shelves with “fresh and affordable groceries.”  Now the Obama administration, represented by Health and Human Services Secretary Kathleen Sebelius in conjunction with the Food and Drug Administration, are recommending that drug stores and supermarkets provide customers of all ages access to the “controversial morning-after pill Plan B.”

The eclectic First Couple appear to be covering all the bases. Michelle is lobbying for convenience and access when it comes to healthier choices to sustain life, while the always market-friendly Barack and Company are eager to provide right-to-choose accessibility for underage girls.  Instead of stocking shelves with organic apples, the Obama administration hopes to make products available that, rather than enhance life, take it away.

Presently, the drug’s manufacturer is waiting for the federal government to make the final decision as to whether or not ‘Wet n Wild‘ lip gloss, People magazine and abortion assistance should share the same shelf space.

According to the Washington Post, selling Plan B over the counter is a move being “pushed by some doctors, health advocates, family-planning activists, members of Congress and others to help women prevent unwanted pregnancies.”

“Opponents, however, say such a decision would expose girls and women to potential risks from taking high doses of a potent hormone, interfere with parents’ ability to monitor their children and make it easier for men to prey on vulnerable minors.” That’s the downside.

The upside is that Mom probably doesn’t know what’s going on after school anyway, so underage teens purchasing bubble gum and morning-after pills in their free time would ultimately spare school districts from having to gas up the no-parental-notification-necessary van for intermittent excursions to the abortion clinic.

Advocates like Kirsten Moore of the Reproductive Health Technologies Project, a Washington-based advocacy group, applaud the effort to sell the abortion pill without a prescription, saying “Hopefully, it will be right on the shelves between the condoms and the pregnancy tests. We think it’s good news for women’s health,” and “long overdue.”

Oblivious to the irony, it’s likely Mrs. Obama will continue to focus on preserving life and healthy living by promoting pesticide-free fruits and vegetables, while Barack, via the FDA, helps make available to underage girls high doses of synthetic progesterone, the goal of which is to destroy life rather than preserve it.