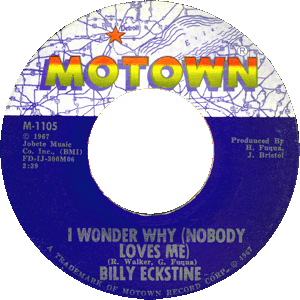 After three glorious years, the nation is well aware that the President is an economic genius and a savant when it comes to topography and American geography. When swatting flies, Barry is faster than a Venus Fly Trap; he’s one helluva job creator and, above all, an outstanding extemporaneous speaker.

With his bubbly, effervescent humor, he’s been known to bring the house down in hysterics, and when feeling frisky can really cut a rug initiating a Conga line. We were all aware that Obama was a Beatle wannabe, but as they say in Brooklyn: Who knew? Who knew the guy who has trouble figuring out what to do during the national anthem had secret aspirations to replace Motown singer Jimmy Ruffin?

Appearing last week at the Apollo Theatre in Harlem, after ‘doin’ the right thing’ at a $35,800-a-plate dinner hosted by Spike Lee in his New York City brownstone, Obama stepped up to the microphone and, if not for his distinctive hairdo, could have been mistaken for a contestant hoping to win the $10,000 prize on Amateur Night.  Amateur Night at the Apollo is when those who fail to impress are booed off the stage in a “be good or be gone” atmosphere which, for Barack Obama, might well be a dress rehearsal for what may happen when the returns come in on Election Day.

Warmly received by 1,400 supportive friends who placed $1.3 million into his 2012 campaign coffers, the President spontaneously crooned the opening line of a classic song that he probably sings to the mirror while he’s shaving – “I’m so in love with you…”

Always the jokester, Barack reassured Al, who was in the audience, saying “Don’t worry Rev I cannot sing like you, but I just wanted to show my appreciation.” Al Green worry? About competition from Barack Obama?  Everyone knows, including the Rev, that “I’m so in love with you” is a tune that Obama’s been humming for years, and to date the competition hasn’t impacted Al Green’s career one iota.

Maybe he doesn’t realize it, but besides falsely believing he could run the country and convinced he’s an “American Idol,” President Obama could turn out to be America’s next William Hung.   If he truly believes he’s that good and the campaign is that in need of more money, the President should just go for it and try out for the $100,000 prize on “The Voice.”

Either way, after the President’s breakout performance, saving that honor for someone else to do next January, the Apollo Theater Sandman allowed Obama to remain on stage.  Based on all the applause, maybe the President could add color to his bid for reelection by extending his Motown repertoire beyond “Let’s Stay Together.”

Heck, Bill O’Reilly was so impressed with the President’s pipes that in the “Pinheads and Patriots” segment of his cable news show O’Reilly called President ‘Pinhead’ Obama a “patriot.”

It’s not as if after three years America is unaware, but “Ain’t Nothing Like the Real Thing” is one ditty that aptly describes the person asking voters to allow him to stay in the White House for another four years. So, forget “Baby I’m for Real,” by the Originals. Henceforth, to show his more truthful side, the President should introduce himself by singing a Marvin Gaye/Tammi Terrell-style rendition of “Ain’t Nothing Like the Real Thing” accompanied by Beyonce Knowles.

Then, when Obama accepts the Democrat nomination at the Bank of America Stadium in North Carolina, as planned, when the camera pans the anticipated crowd of 75,000, a great lead-in tune would be Aretha Franklin’s “Chain of Fools.”  No one knows what accoutrements will replace the Greek columns this time around, but whether it’s a gilded throne or the President plans to step unscathed from a pillar of fire, either way he can welcome his guests by lip-synching the words, “Chay-chay-chain, chain of fools.”

Down the road, after the President’s Republican opponent is finally nominated, at the start of each debate Obama can impress the nation by approaching the podium humming a few bars of “Him or Me.” As for the independents and moderate Democrats who tend to “Shop Around,” maybe Barack can influence them by wearing a big bouffant wig and a blue sequined jumpsuit and doing a James Brown imitation that will assure everyone that “he ain’t no drag…[he’s] got a brand new bag.”

If doing a crotch-busting James Brown split doesn’t work, maybe “Ball of Confusion” Barack can successfully woo the strays back to his camp by convincing Biden, Axelrod and Jay Carney to squeeze into matching polyester suits and do synchronized Four Tops-style dance moves as Obama grabs the ankles of former fans, pleading “I know you wanna leave me, but I refuse to let you go. If I have to beg and plead for your sympathy, I don’t mind coz’ you mean that much to me.”

Obama may be asking, “What Does it Take (To Win Your Love for Me)?” But know this: if it’s the difference between winning and losing, Barack Obama certainly “Ain’t Too Proud to Beg.

Regardless of the melody or the words, whatever Barack Obama is singing this time around may have “a different beat,” but rest assured “It’s the Same Old Song.” In fact, that “same old song” is so impacting popular opinion that from the looks of the polls, Obama should ditch “I’m so in love with you,” and begin practicing the Supremes’ “Where Did Our Love Go?”

If things go as badly for the President as they appear to be right now, instead of “You’ve Made Me So Very Happy,” Obama may end up singing Smokey Robinson’s “Tears of a Clown.” Moreover, quite unlike 2008, instead of “Dancing in the Streets,” or joining Michelle ‘Peaches’ Obama for a joyous duet of  “Shake Your Groove Thing,” by January 20, 2013 Barack ‘Herb’ Obama may find himself standing in the shower alone posing the melodious Motown question “What Becomes of the Brokenhearted?”