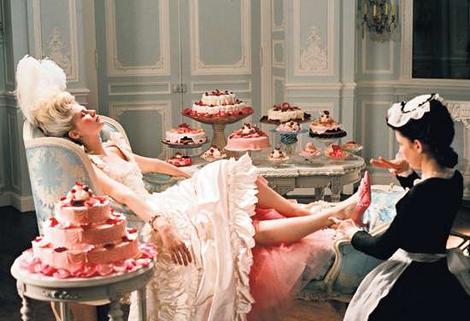 Michelle Obama has a vacation gig that’s hard to beat.  There’s the February ‘spend time with the daughters’ vacation, which usually entails skiing and snowboarding in Vail, Beaver Creek, or Aspen. There’s ‘tag along with Barry’ excursions, which turn into holiday adventures like last years’ post- Vail trip to Rio.  Following closely behind are the April trips like last year’s slogging stout in Ireland and an outing to rub elbows with royals Kate and Will.

Then there’s the pre-vacation vacation in June, which usually precedes the Martha’s Vineyard official vacation in August.  Last year it was a ‘fried fat cake’ safari to Africa.

In the fall, prior to Christmas vacation in Hawaii, there’s usually some event Michelle manages to turn into a fun jaunt. Last year it was the Asian Pacific Conference conveniently located in Hawaii, where the First Lady got to squeeze in some R & R and local dining before returning early for a $4 million, 17-day Hawaiian Christmas respite.

Now here’s the thing:  This woman wouldn’t know work if she tripped over it.  She’s either dancing with platypuses, making cameo appearances on children’s shows, dining in tony bistros, hosting glitzy star-studded parties, or circumnavigating the globe following a strict vacation schedule she hasn’t deviated from since she first set her dainty size-11 foot in the White House.

And she does all this while her husband, who has put America’s workforce on a permanent vacation, talks about creating jobs.

These two should pick another pet project, because working and job creation just doesn’t suit either of them.  How can this couple, one of whom is rumored to have spent nearly $10 million on vacations in three years, even dare to mention the word ‘job?’  Especially since a large portion of Michelle’s travel, security, and entourage expenses come compliments of the American taxpayers who, despite Barack Obama’s efforts, still manage to have a job.

But then again, all things in perspective, kudos to Barack’s better half, for at least breathing life into the job market by keeping hotel housekeeping, restaurant staff, security details, social directors, masseuses, baggage porters, desk clerks and pool and bellboys gainfully employed.

Which is exactly what Michelle is doing for President’s Day. Instead of spending it with the President, the First Lady, eager to keep legions of resort service workers employed, packed up the girls and headed out to Colorado for a ski vacation.  According the Pitkin County Sheriff Joe DiSalvo, seven deputies will be employed, at least until the Obama girls leave, because after meeting with the Secret Service, DiSalvo loaned his personnel to help “protect the first lady and her family” on what is being touted as a “low-key” vacation.

How did the first lady make her way to Aspen?  She spoke at a fundraiser at James Crown (family worth 3.1 billion) of Chicago’s Tiehack side estate last July where ‘low-key’ supporters paid between $1,000 and $10,000 to attend.

James Schine Crown, son of billionaire Lester Crown, is, among other things, the owner of the Aspen Skiing Company. He must have quite a hot tub, because Michelle decided to bunk with Jim and Paula Ann for a couple of days, ski Buttermilk, and “relax and enjoy what the resort has to offer,” because God knows no one deserves a vacation more than job-creating resort dweller Michelle Obama.

Besides being the President of Henry Crown and Company private investments, James Crown is also Chairman of the Board of Trustees for the University of Chicago, as well as a director of JPMorgan Chase and General Dynamic.

In the end, it may work out because ironically, Mr. Crown also sits on the board at dessert giant Sara Lee. Maybe that’s why Michelle is there, because as Barack Obama says “In America there is always something we can do to create jobs.”

So, on a personal quest to help her husband keep America employed, Michelle could actually be on a so-called ‘working vacation’ in Aspen.  Mrs. Obama could be laying the groundwork with her billionaire pal Jimmy Crown for Sara Lee to assist her in a ‘Let Them Eat Cake’ project, wherein the dedicated first lady and the billionaire mogul provide cake for the masses and create jobs at the same time.