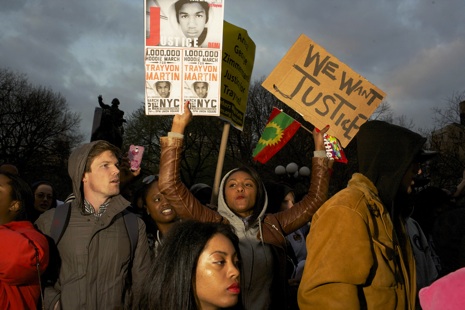 The super-duper-specialized Extremism and Radicalization Branch of the Homeland Environment Threat Analysis Division prepared the document, to help law enforcement officials on every level understand, “deter, prevent, preempt, or respond to terrorist attacks against the United States.”

The findings of the report did not address the threat of terrorist attacks from Muslim extremists who have infiltrated our military, our government and our neighborhoods. Instead the report clumped together what they called ‘rightwing extremists’ into a terrorist threat group that included “hate-oriented” individuals such as disgruntled ex-military personnel, Second Amendment advocates, and pro-lifers.

Also identified were individuals who could potentially pose a problem based on their concerns over the overreaching arm of federal government, the economic downturn, joblessness, the growing radical Muslim problem, and illegal immigration.  In essence, the Department of Homeland Security document was linking people with everyday anxieties to white supremacist nuts the government claimed were gearing up for violence because they resented an African-American president.

In the three-plus years that Barack Obama has occupied the office of president, he has actually exacerbated every trigger listed in the right-wing extremism document. Thanks to Obama’s policies, the American economy and job market have both deteriorated and worldwide Muslim unrest and radicalization has accelerated at lightning speed.

His handling of the war and national security and making the military a staging ground for gay issues has had a profound effect on military morale. Second Amendment rights have been threatened and pro-life taxpayers are being forced to shoulder the cost of contraceptives, sterilization and abortion. Barack Obama has pushed illegal immigration buttons on every front from suing Arizona to vetoing the state of Texas’ right to ask for identification before voting.

But above all President Obama has aggravated racial tension in this country.  His inappropriate involvement began with his impulsive remarks concerning the Henry Louis Gates incident in Cambridge, Massachusetts. Moreover, it continues to this day whenever he allows Attorney General Eric Holder and his Department of Justice to demonstrate racial partiality on issues such as not prosecuting the New Black Panther Party for threatening voters with billy clubs during the 2008 election in Philadelphia.

Rightwing extremists have capitalized on the election of the first African American president, and are focusing their efforts to recruit new members, mobilize existing supporters, and broaden their scope and appeal through propaganda, but they have not yet turned to attack planning

Which raises the question: Why would the President, in what can only be described as an underhanded and manipulative way, not to mention identical to his Henry Gates “acted stupidly” comment in both its tone and intended effect, stir the volatile racial unrest surrounding the heartbreaking shooting death in Florida of 17-year-old Trayvon Martin? It’s beyond comprehension.

The investigation into the incident has barely begun.  But if, at this early juncture, Obama has already made up his mind and if addressing senseless violence was why he initially spoke out, then why hasn’t he also condemned 20-year-old Tyrone Dale David Woodfork for sexually assaulting and beating to death 85-year-old Nancy Strait in Tulsa, Oklahoma who, quite frankly, could have been Obama’s maternal grandmother?

Instead, rather than quell the strife, Barack Obama saw fit to throw $5-a-gallon gasoline on an already raging fire by encouraging national “soul searching.” The President deliberately personalized the tragedy and made a comment that can only be described as either shockingly narcissistic or shamefully pandering when he said, “If I had a son he’d look like Trayvon Martin.”

In response to Trayvon’s death Reverend Jesse Jackson chimed in saying, “there is a mistaken assumption in some corners of America that all racial problems went away with the election of President Obama. There was this feeling that we were kind of beyond racism. That’s not true. His victory has triggered tremendous backlash.”

Along with “no justice, no peace,” the words of Jesse Jackson carried with them the following veiled threat: “The indifference to this kind of pain is just going to intensify the protests.” Jackson also shared his observation that in America “Blacks are under attack.”

Well if that’s the case then 90-year-old Caucasian Bob Strait being shot in the face with a BB gun and struggling for his life in an Oklahoma hospital indicates that whites are under attack too.

Someone should inform predictable race-baiters like Jesse Jackson, shameless rally-organizer Al Sharpton, and Barack Obama that every day, regardless of skin color, innocent people are harmed in all kinds of violent incidents. If these men were responsible leaders, what they all would be saying is, ‘Let’s wait for the police to do their job and finish the investigation, and stop jumping to conclusions.’ But they won’t cuz’ they’re not.

And despite an eyewitness report that may now cast the Zimmerman-Martin incident in a whole new light, the militant New Black Panther Party is still busily stapling posters on telephone poles demanding Trayvon Martin’s Hispanic shooter, George Zimmerman, be taken by citizens “Dead or Alive.”

So, while Secretary of Homeland Security Janet Napolitano tracks down 13,000 “unsafe hair dryers” on the border and Barack Obama, in between attending $38,500-a-head fundraisers, does his small part to help stoke racial turmoil, Jesse Jackson and Al Sharpton are openly “capitalizing, recruiting, mobilizing, propagandizing and planning potential attacks.” But so far neither the DHS nor the President of the United States have addressed the danger being posed to homeland security by left-wing extremists stirring racial unrest in America’s already unstable black communities.