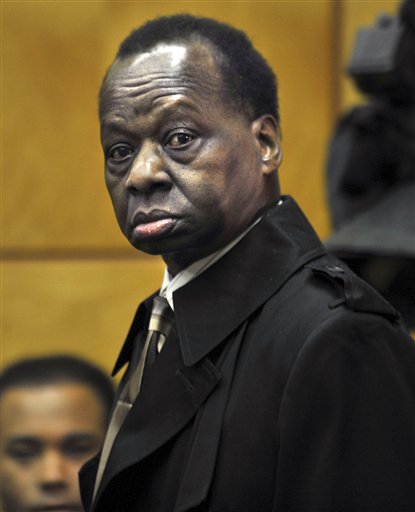 Barack Obama’s illegal-immigrant Uncle Omar is in the news again. If Immigration and Customs Enforcement (ICE) finally get their way, in the future Uncle Omar, aka Onyango Obama, will not be frequenting the Chicken Bone Saloon.

Last year, it was widely reported that Obama’s illegal Uncle Omar called attention to himself by nearly smashing his Mitsubishi 4×4 into a police patrol car in Framingham, Massachusetts. Obama’s uncle, who first denied being drunk and then admitted to having just two beers, was out cruising with a blood alcohol level of .14, well above the .08 legal limits.

According to arresting officer Val Krishtal, both he and another driver were forced to “slam on their brakes to avoid hitting Mr. Obama’s car, which rolled through a stop sign and took a quick left turn.”  Although formidably soused, Mr. Obama, in true Obama-family style, argued that he had the “right of way and said he doubted the officer was forced to brake hard as he did not hear his brakes squeal.”

Spending the evening in the Chicken Bone Saloon, famous for both “chicken and [loud] tunes,” could explain Uncle Omar’s aural acuity being compromised and why he didn’t hear the squealing brakes. The quick ‘left’ turn speaks for itself.

Mr. Obama was promptly pulled over and “charged with driving under the influence and … to endanger, as well as failing to use a turn signal.”  Uncle Omar was also “detained as an illegal immigrant because the US Bureau of Immigration and Customs Enforcement have an outstanding warrant for him.” It seems 20 years ago the wily Omar was ordered to return home to Kenya, but chose to stay instead.

In Barack Obama’s 1995 bestselling book “Dreams from My Father,” the President referred to Omar as “the uncle who had left for America 25 years ago and had never come back.” Ordered back to Kenya in 1992, Omar decided to stay.  Maybe Onyango figured that if he got in trouble his Hawaiian-born nephew with the valid US birth certificate would vouch for him.

Besides always pleading innocent, the Kenyan side of Barack Obama’s family also has a genetic propensity to successfully elude ICE. And when in danger of deportation, they somehow find lawyers to assist in winning them sanctuary.

Until she was granted asylum in 2010, Uncle Omar’s sister, Barack’s Auntie Zeituni, lived on welfare as a “retired” illegal immigrant in a Boston housing project. Omar and Zeituni are Obama’s grandfather Hussein Onyango Obama’s children by his third wife Sarah.  This is where it gets a little complicated because Sarah is the woman who raised the President’s late father, Barack Sr., who was Hussein Obama’s son by Hussein’s second wife, Akumu.

Naturally, much like Aunt Zeituni, Uncle Omar wants to continue living his life in Framingham, working at Conti Liquors and spending his downtime eating and grooving at the Chicken Bone Saloon.  So, even though he met with immigration officials, who are beginning the process of making his overdue deportation to the Republic of Kenya a reality, Obama has hired the immigration attorneys who helped win Zeituni legal residency in 2010.

The ultimate outcome for Obama’s uncle is uncertain, but at least for now, instead of Luo-style Benga music Uncle Omar can still enjoy award-winning wings and listen to the blues at the Chicken Bone Saloon. And while living and earning money in America, unlike his Kenyan brethren back home, Uncle Omar will be able to finance his legal fight with US currency, instead of cows.