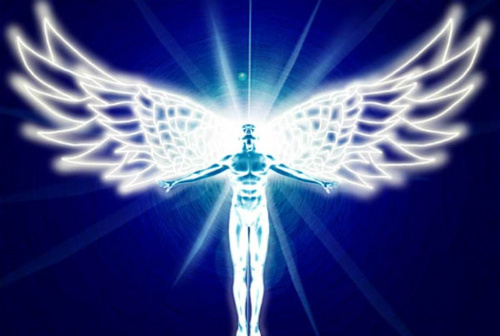 On numerous occasions it’s been proven that the President, although claiming to embrace Christianity, regularly quotes Scripture either incorrectly or out of context. Usually the quotation cited is specifically chosen to further a policy or message the President is promoting, and sometimes just to remind everyone that he really is a Christian.  However, other than imply that the strength of his leadership could slow the rising oceans and heal an ailing planet, thus far, at least not openly, Obama has not identified himself as a modern-day messiah.

On the other hand, Michelle Obama obviously sees her husband in a different light. At a campaign event in Nashville, the first lady, all pumped up in anticipation of the coming election season, let it slip that she thinks she’s married to a celestial being.

In her closing statements, Michelle said, “I’m so in.  I am going to be working so hard.  We have an amazing story to tell.”

At that juncture, Mrs. Obama should have stopped, because what she said next crossed the line from excited campaign rhetoric into sacrilege territory.

From the sound of things, it appears that Michelle Obama may believe that the amazing story she, and “we,” have to tell could turn out to be the second “Greatest Story Ever Told” because according to Mrs. Obama, “The president has brought us out of the dark and into the light.”

In typical Democrat fashion, after making the outrageous statement Michelle didn’t expound on how the President has led America out of the darkness into the light, nor did she offer examples to support her stunning pronouncement.

However, failure to develop her point is only part of the problem, because in 1 Peter 2:9, the way the Apostle identifies God’s people is by saying, “But you are a chosen people, a royal priesthood, a holy nation, a people belonging to God, that you may declare the praises of him who called you out of darkness into his wonderful light.”

If Michelle refuses to explain the basis of her observation, those who have eyes to see and ears to hear should focus on the latter part of that verse: “…that you may declare the praises of him who called you out of darkness into his wonderful light.”

Quite frankly, the 450 people attending the event who applauded Michelle’s disturbing remark are scarier than the woman voicing that sentiment.

By declaring that Barack Obama has led America out of the darkness and into the light, what Mrs. Obama proved is that either the Obamas didn’t really attend Reverend Wright’s church for 20 years as they claimed, or for some reason Jeremiah never had time to preach from the Scripture.

In the Bible there are many verses that refer to light and darkness and in almost all of them, it is God turning darkness to light or identifying Himself as the literal Light. In 2 Samuel 22:29 while singing a song of deliverance, the psalmist David said of the Lord, “You are my lamp, O Lord; the Lord turns my darkness to light.”

In Isaiah 42:16 God speaks to the prophet and says, “I will lead the blind by ways they have not known, along unfamiliar paths I will guide them; I will turn the darkness into light before them and make the rough places smooth.”

And of course in the New Testament, in John 9:5, Jesus referred to Himself when He said “I am the light of the world.”

So, maybe Michelle was unaware of the analogy she was making, or maybe she was fully aware.  Either way, over the last three years the man who promised the miraculous has failed miserably.   Therefore, either Michelle or the object of her adoration should explain that, contrary to popular opinion in some circles, Barack Obama is not “The way, the truth, and the life.”

If the first lady’s ‘out of the darkness into the light’ comment isn’t eventually either retracted or at least explained, maybe somebody should make Michelle Obama and those in Nashville who applauded her aware of another Scripture in 2 Corinthians 11:13-14 that also references a man of light:  “…such are false apostles, deceitful workers, transforming themselves into apostles of Christ. And no wonder! For Satan himself transforms himself into an angel of light.”