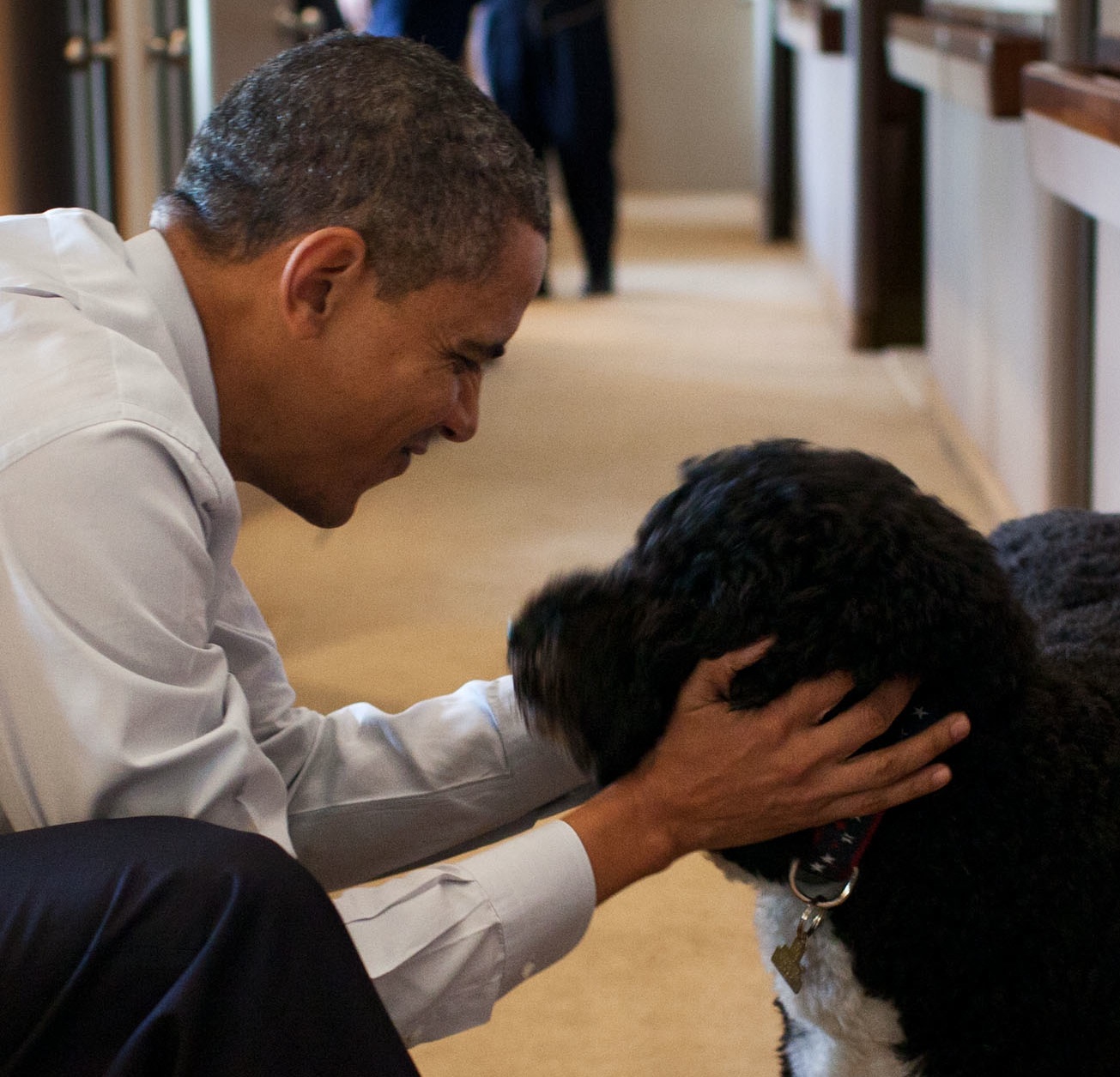 Before saying anything about dogs, or making an issue over Mitt Romney transporting his Irish Setter Seamus on the roof of the family car, it seems someone in the Obama campaign should have known that in the second chapter of the President’s best-selling autobiography,  Dreams from My Father: A Story of Race and Inheritance, he described his childhood in Indonesia in the following way:

With [stepfather] Lolo, I learned how to eat small green chili peppers raw with dinner (plenty of rice), and, away from the dinner table, I was introduced to dog meat (tough), snake meat (tougher), and roasted grasshopper (crunchy). Like many Indonesians, Lolo followed a brand of Islam that could make room for the remnants of more ancient animist and Hindu faiths. He explained that a man took on the powers of whatever he ate: One day soon, he promised, he would bring home a piece of tiger meat for us to share.

Taking on the “powers of whatever he ate” certainly explains the President’s dogged determination, slithering political style and grasshopper agility when it comes avoiding blame.  That aside, the Barack Obama “eats dog” controversy not only reveals a primitive side to the President’s Indonesian upbringing, but it’s also a prime example of the dichotomy that exists within the ideology of liberalism in America today.

Condemning the transportation of a dog in a pet crate on a car roof while supporting a President with a history of eating dog is indicative of the imperious elitism the left often promotes. In due time, it is usually revealed that outspoken liberals either participated in worse behavior then the one they vehemently denounce or walk a fine line between support and denunciation based on political expediency.

For instance, the left has a habit of displaying self-righteous resolve when defending abortion rights. Then, if a child happens to fully emerge from the birth canal, in a matter of seconds, it all changes. The liberal determination to slaughter the unborn switches to concern over what right-to-choose mommies pack in Junior’s lunch bag.

That tendency is why, while Mrs. Obama is out spearheading a breastfeeding initiative and preaching the benefits of organic baby food, the President has no problem defending the merits of government funding for Planned Parenthood. Proving once again that either liberals have defective reasoning skills, or consider whatever they do, regardless of how illogical or contradictory, to be beyond criticism.

Championing opposing causes like abortion and the State Children’s Health Insurance Program (SCHIP) seems disjointed at best. What are we doing here – killing or curing the kids, grilling or walking the dog?

Chaotic instability from the left isn’t surprising, because selective kindness is what liberals are about: some children live, while in the interest of convenience others die. Certain pets become stars on the White House website while, in days gone by, others were served up on a pup-pup platter.

Dog jokes aside, if the President were truly concerned about dogs’ well-being, he would still to this day be sickened at the thought of the lunch his stepfather Lolo served him 40+ years ago.  Therefore, when signing the Animal Crush Video Prohibition Act, Obama could have redeemed himself by citing his personal exposure to animal cruelty as a child in Indonesia.  The fact that Obama never mentioned eating dog meat is an illustration of how liberals excuse their own past offenses and feel justified standing up for contradictory arguments, even if that defense is accomplished by merely failing to expose past wrongdoing.

Think about it. Who else, knowing full well that at some point in his life he dined on Rover for lunch, would allow his campaign to express disapproval for the sin of letting a dog ride in a crate on the top of a car?  Who, other than liberals, would dare to condemn the treatment of a family pet being taken on vacation, however the dog arrived there, after the candidate they support nonchalantly described snake meat as a little tougher than a mutt burger?

Nonetheless, living in America where dining on dog meat is unthinkable may explain why a man who’s actually eaten it ‘feeds’ off PetSmart photo ops, gets a bellyful of campaign cash through “Throw Bo a Bone” fundraising, and offers up the family pet on a platter as a politically correct poster child for Presidential Doggy Love – not to be confused with Reggie Love.

Exploitation aside, the larger problem arises when the guy who put bunny ears on his Portuguese water dog and who, just to be polite, would probably sample canine cutlet Parmigiana, then allows his chief campaign strategist, David Axelrod, to portray Mitt Romney as an animal abuser.

That is the type of distorted reasoning that would disparage the decision to let Seamus Romney ride on the roof of the family car while failing to mention the fact that little Barry Soetoro once snacked on butchered dog.

In the end, if one tries to comprehend the rationale behind supporting a dog-eater while protesting cruelty to animals, the only justification can be that America’s polymathic president is excused because his life experience includes a sincere reverence for an ancient animist tradition.

Therefore, in lieu of the tiger meat Lolo promised but never delivered, if Bo ‘Diddley’ Obama manages to avoid being featured on the White House lunch menu, it must be because the President believes the liberal “every child [should be] a wanted child” standard should also apply to dogs.