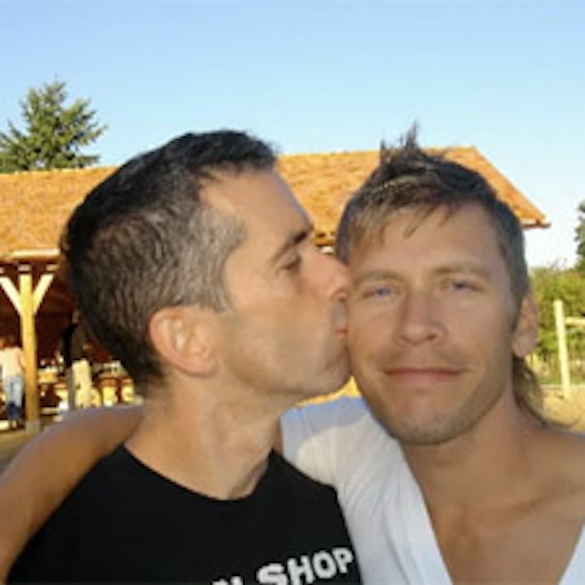 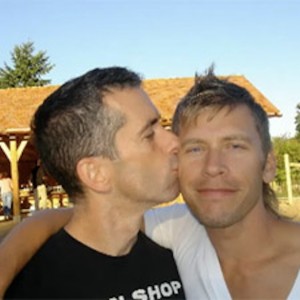 Prior to hearing anti-bullying ‘It Gets Better’ founder/“Savage Love” sex advice columnist/gay activist/guest of Barack Obama Dan Savage ridicule Christian students and demean the Bible, I had no idea that bullying is perfectly acceptable as long as you’re bullying Christian kids.

Guest speaker Dan Savage was supposed to be sharing an anti-bullying message at the National High School Journalism Conference sponsored by the Journalism Education Association (JEA) and the National Scholastic Press Association. Instead, he used the opportunity to exercise his civic duty and bully the kids who came to the conference from Christian schools in the area.

Rick Tuttle, the journalism advisor for Sutter Union High School, said “I thought this would be about anti-bullying.”  Well, that it was! In this case harassment fits the criteria for “anti-bullying,” because according to Mr. Savage, the God of the Bible is one big bully and He and His ignorant followers need to be exposed. Therefore, it was only natural and fitting that a high school journalism conference would turn “into a pointed attack on Christian beliefs.

After Savage, Bible scholar and “Evolve Already” promoter of marriage equality for gays, attempted to savage Leviticus, Romans and the Apostle Paul, 100 offended high school students stood up and slowly filed out of the conference.

As a result, feeling bullied by students turning their back on him and refusing to listen to his biased tirade, the anti-bullying speaker “began cursing, attacked the Bible and reportedly called those who refused to listen to his rant “pansy assed.”

In other words, for lack of a coliseum filled with hungry lions, the sensitive, accepting, anti-bullying advocate Dan the savage all but attempted to drag100 kids out onto the schoolyard, clobber them with a baseball bat and then, when they raised their hands to thwart the attack, to further the cause of acceptance and love he called them “pansy asses.”

Rick Tuttle described the incident this way: “It became hostile. It felt hostile as we were sitting in the audience – especially towards Christians who espouse beliefs that he was literally taking on.” According to the journalism advisor, the ‘anti-bullying’ speech was “laced with vulgarities and ‘sexual innuendo not appropriate for this age group.’”

At one point, Tuttle said, Savage described for the teenagers about how “good his male partner looked in a Speedo.” No problem! Every anti-bullying advocate is well aware that shocking and making kids squirm awkwardly in their seats is key when addressing the issue of bullying.

Moreover, one can’t help but wonder if Savage shared with others his appreciation for his ‘husband’s’ physique in swimming attire when he and his spouse Terry Miller were part of the festivities at President Obama’s 2011 LGBT Pride Month reception.

According to one 17-year-old girl in attendance, some of “Savage Love’s” journalism advice included telling the kiddies that “I hope you’re all using birth control…[that]… there are people using the Bible as an excuse for gay bullying, because it says in Leviticus and Romans that being gay is wrong,” and that they can “ignore all the (expletive deleted) in the Bible.”

Without personally knowing any of the children who excused themselves, apparently Savage felt justified berating them as non-bullying students in attendance “hollered and cheered” in approval.  Smarmily and sarcastically, after he was done “beating up the Bible” and beating up Bible-believing kids, he said:

You can tell the Bible guys in the hall they can come back now because I’m done beating up the Bible. It’s funny as someone who is on the receiving end of beatings that are justified by the Bible how pansy-assed people react when you push back.

Reverting back to compassionate liberalism as most liberals do, Savage did eventually say he was sorry “if [he] hurt anyone’s feelings.” Obviously feeling threatened in a room full of teenagers, after apologizing Savage did justify his actions by pointing out that “I have a right to defend myself and to point out the hypocrisy of people who justify anti-gay bigotry by pointing to the Bible and insisting we must live by the code of Leviticus on this one issue and no other.”

What was the National Scholastic Press Association’s (NSPA) response to Savage singling out Christianity, the Bible, and Christian children who thought they were going to a journalism conference?

We appreciate the level of thoughtfulness and deliberation regarding Dan Savage’s keynote address.  Some audience members who felt hurt by his words and tone decided to leave in the middle of his speech, and to this, we want to make our point very clear: While as a journalist it’s important to be able to listen to speech that offends you, these students and advisers had simply reached their tolerance level for what they were willing to hear.

How open-minded of the NSPA.  Maybe next year, in the interest of fairness, they can have a Christian journalist come to the conference and single out a few gay students. With strict instructions to rebuke them freely but only to increase “their tolerance for what they are willing to hear,” he or she can then seat them in the front of the auditorium and force them to have Scripture “thoughtfully and deliberately” read to them from the book of Leviticus and Paul’s letter to the Romans.

In the end, this was yet just another example of liberal hypocrisy and bias, and above all a perfect illustration of jugular-vein justice by those who deem themselves accepting and intelligent.

Nonetheless, one question does come to mind here: Will Mr. Obama be phoning the children who were called “pansy-asses” by his White House guest a la Sandra Fluke, and then mention later at a press conference how terribly his Christian daughters Sasha and Malia would feel being singled out and insulted in such a public way?