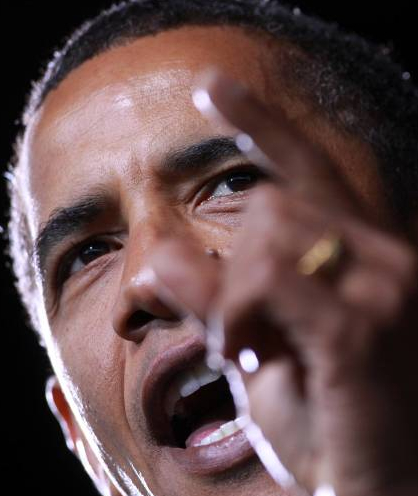 When a coalition of individuals President Barack Obama once labeled “an unelected group of people” gave their rubber-stamp approval to the Affordable Care Act, the Supreme Court may have actually outdone Roe v. Wade in the bad law department.  A quartet of liberals, one of whom should have recused herself, along with one conservative renegade, all agreed that, on behalf of healthcare reform, bureaucrats should have the authority to tax Americans into oblivion, which when money runs out will ultimately develop into the authority to jettison the aged and infirm into permanent oblivion.

After the controversial health care decision was handed down last week, a triumphant Barack Obama responded by confidently striding into the East Room to deliver a follow-up speech. Owning the podium, the POTUS mentioned again the “fundamental” American right to cradle-to-grave government assistance in the area of health care and celebrated a constitutional decision based on a document that Obama once said he felt illustrated the “fundamental flaw of this country that continues to this day.” Talk about one huge case of confirmation bias.

Obama reminded the nation that America is the “wealthiest nation on earth,” and thanks to the ruling “no accident or illness [will] lead to any families’ financial ruin.” Doesn’t Obama know that America is no longer the richest country in the world? That would be Qatar.

Hearing the words “accident… illness [and] financial ruin,” issue forth from the mouth of a leader whose whole presidency has been one big accident, has led to national fiscal illness and plunged the country and its families into financial ruin, reveals the type of “blind spot” on the President’s part that he’s accused the framers of the Constitution of being afflicted with.

Nevertheless, President Obama felt compelled to explain Obamacare yet again. He reemphasized that insurance companies “can no longer drop your coverage if you’re sick, they can no longer jack up your premiums without reason.” What Obama didn’t talk about was the part where the government becomes the only insurance company in town; will bureaucrats then be able to tell the elderly and infirm that they won’t be ‘dropped,’ but that they will be denied because rationing contains costs, and costs must be contained to keep the useful citizens healthy?

The President also failed to mention why preventative care is no longer annual.  However, he did hearten the elderly, who will receive a discount on those pain pills they’ll need after being denied age-prohibitive chemotherapy. During the speech, in an effort to shore up yet another voting bloc, Obama reminded 18-year-old slackers that they’d have at least eight more years to leech off of Mom and Dad’s healthcare plan.

After suing the state of Arizona for attempting to find a “better way to take care” of those harmed by illegal immigration, out of new found respect for federalism Obama then said that “Each state will take the lead in designing their own menu of options” and announced that he has asked “Congress to help speed up that process, and give states this flexibility in year one.”

Barack Obama did fail to clarify whether the mandate officially being labeled by the Supreme Court as a ‘tax’ enables the government to “tax [us] into bankruptcy” to protect Americans from insurance companies being able to “bill [us] into bankruptcy.”

Regardless, no one can deny the difference two-plus years have made in a “flexible” person like Barack Obama.  The very Supreme Court he publicly chided at a State of the Union address and accused of being guilty of “judicial activism [and] a lack of judicial restraint,” he now defends as legitimate.

Also, the President, who recently defied the Constitution by granting immunity to 800K illegal aliens, many of whom visit emergency rooms for care, criticized “uninsured people who can afford coverage” showing up in “the emergency room for care, the rest of us end up paying for … in the form of higher premiums.”

It’s clear that Barack Obama’s creative answer to the problem of emergency room visits for sore throats is to command one struggling stratum of society to shoulder the burden of the ever-expanding ‘I want some of that free Obama money’ group. Heck, in a generous nation like America, somebody’s bound to pay for the health care of DREAM actors, twenty somethings still suckling at Mom and Pop’s economic teat, safety net freeloaders, and the 12.7 million unemployed Americans that are slated to provide Obama with the lasting legacy he so desires.

Defending the pure motive behind passing legislation that 52% of the American public wanted overturned, Obama said “And I know a lot of coverage through this healthcare debate has focused on what it means politically. Well, it should be pretty clear by now that I didn’t do this because it was good politics.” Sorry, but as far as the not political part goes, “The [POTUS] doth protest too much, methinks.”

Nevertheless, with nary a fly in close proximity to his upper lip, Obama dredged up a healthcare reform poster child.   Natoma Canfield, cat lover and cancer survivor with a Choctaw name meaning “successful,” was indeed successful because her letter, one of thousands, somehow managed to make it to the President’s desk. He claimed Ms. Canfield’s sad story is one carried with him “every day of the fight to pass this law.”

Lucky for Natoma, Obamacare wasn’t implemented when a mammography picked up her cancer at age 34. Had Canfield requested a screening before age 49, under Obamacare she’d likely be denied by the U.S. Preventive Services Task Force, and the cancer that spread to her bones and the leukemia she’s currently being treated for probably would have killed her long before she wrote a letter to the President.

Despite preferring to go it alone when it comes to governing, Obama did mention working together, but not before issuing the following declaration: “But what we won’t do, what the country can’t afford to do, is refight the political battles of two years ago or go back to the way things were.”

The President concluded the Obamacare/Supreme Court victory speech by again trumpeting that the “highest court in the land” deemed healthcare constitutional. Wow! This from a man who once publicly responded to a Supreme Court decision by stressing that certain laws “should be decided by the American people,” after which he requested “Democrats and Republicans … pass a bill that [would help] to right [the Supreme Court’s] wrong.”

What lies ahead for healthcare remains uncertain, but one thing has been confirmed: the President who is now notorious for lawlessness has indicated that when it comes to implementation of the law, the decision to enforce it is contingent solely on whether or not he agrees with it.