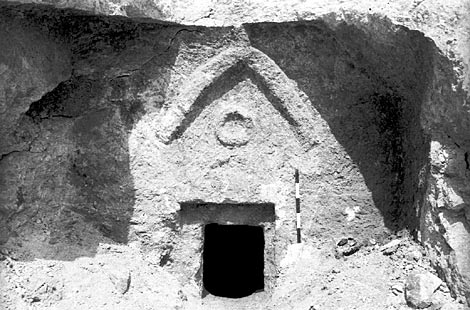 Liberal-style designer spirituality is a combination of moral relativism and a hybrid form of pseudo-Christianity.  Pious liberals mix together a dash of New-Ageism, a sprinkle of secular humanism, a bit of out-of-context Scripture, and a large dollop of liberal social policy, all topped with some compassionate acts of look-at-me mercy and, if it fits into their busy schedule, a very slow and public stroll to the local church.

Take Nancy Pelosi, please — I mean, for instance.  Nancy Pelosi, a self-described “ardent practicing Catholic,” is the perfect example of a designer Christian.  This is a woman who purports to be committed to her Catholic faith, but condemns the church she supposedly loves for opposing contraception, abortion, and gay marriage, and for having that pesky “conscience thing.”

Ms. Pelosi expressed her support for gay marriage when she said, “My religion has, compels me — and I love it for it — to be against discrimination of any kind in our country, and I consider [not allowing gays to marry] a form of discrimination. I think it’s unconstitutional on top of that.”

Vice President Joe Robinette Biden is also a “devout” Catholic and “long-standing supporter of Roe v. Wade and a woman’s right to choose.”  Joe said this about gay marriage: “Look, I am vice president of the United States of America. The president sets the policy. I am absolutely comfortable with the fact that men marrying men, women marrying women, and heterosexual men marrying women are entitled to the same exact rights.”

Liberal designer religion is the dogma that Barack Obama adheres to.  He, like most on the left, creates his own belief system as he goes along.

In 2008, an “evolving” Barack Obama expressed a favorable view of same-sex unions when he said, “If people find that controversial, then I would just refer them to the Sermon on the Mount, which I think is, in my mind, for my faith, more central than an obscure passage in Romans.”

People like Barack Obama — members of the First Church of Designer Christianity — conveniently overlook Psalm 119, which says that “[t]he sum of Your word is truth, and every one of Your righteous ordinances is everlasting.”

But that’s neither here nor there.  Liberal Democrats who exploit Scripture to justify anti-biblical principles and behavior don’t really take what Jesus said all that seriously; they use Scripture out of context to support a corrupt creed and adapt Bible verses to their way of thinking.  For instance, take the time Barack Obama referenced the name of Christ and then used it as a battering ram to push the point that God wants the federal government to tax the rich.

At the 2012 National Prayer Breakfast, quoting a parable that refers to the level of accountability God demands from those blessed with a greater measure of truth, Barack Obama misapplied Jesus’ words to material wealth when he said, “But for me as a Christian, [taxing the rich] also coincides with Jesus’ teachingthat, ‘for unto whom much is given, much shall be required.'”

So “above his pay grade” Barack Obama, like God, has decided he’ll require much from whomever he pleases.

Barack Obama has proven to be an excellent hearer and outstanding speaker, but a poor doer of God’s Word.  He, and the current party in power, pick and choose from a buffet of beliefs and have cobbled together a reprobate, conviction-free religion designed especially for themselves and their constituents — devoid of core conviction, conscience, and moral integrity.

For example, after lying about economic policy, alluding to gay marriage by mentioning loving whomever you please, and appealing out on the campaign trail to the Sandra Fluke contraception contingency by promoting pro-abortion policies, apparently Barack Obama decided he was about due for a photo op/stroll on over to the local Episcopalian Church.

While attending services at St. John’s Episcopal Church, the president and his family heard a sermon from the 6th chapter of the Gospel of John delivered by Reverend Michael Angell.  In the sermon, the reverend suggested to congregants that they “inwardly digest Christ’s message of self-surrender,” a concept quite alien to the abortion-on-demand platform Barack Obama proudly maintains — 98% of which are performed purely for convenience.

Yet, despite supporting the violent killing of the unborn and the redefinition of traditional marriage, Barack Obama stepped forward to receive “holy communion.”  And while it is impossible to read another person’s heart, it’s best to be aware that partaking of the Lord’s Table is as treacherous an endeavor for an abortion rights advocate as it is for anyone to do in an “unworthy” manner.  But not to worry — designer Christians, be they “gay-affirming” reverends or abortion-advocating laypersons, are all expert at exercising self-absolution.