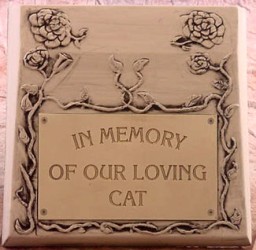 Recently, a woman in Massachusetts sent her beloved cat to the veterinarian for a flea bath. Eight-year-old Lady was euthanized instead.

Colleen Conlon trusted the Broadway Animal Hospital with her pet and thought the kitty would come home flea free. Instead, in place of dead fleas Colleen ended up with a dead cat.

Apparently, her son who delivered Lady to the pet hospital was handed the wrong forms and accidently signed off to rid his mother’s pet of more than just fleas. After collecting the deceased Conlon said she didn’t think that the animal doctor had any “malicious intent” toward the late Lady.  Malicious intent or not, Lady is still dead.

When it comes to analogies what better parallel to explain what happened to America since Barack Obama took office than a cat cheerfully going for a flea bath and then ending up euthanized ?

In 2008 the nation was itching for change, kinda like a cat needing a flea bath.   Barack Obama DVM came along promising to rid us of all that ails us.  The treatment? Dip us in “Hope and Change” and make all things new.

Four years later here we are – euthanized.  The fleas are alive and the cat one step from crematorium.  America signed on and ended up a nation resembling a lifeless feline who just thought we were getting a bath.