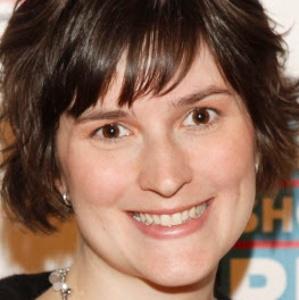 Sandra Fluke was a third-year student at Georgetown Law and past president of Georgetown Law Students for Reproductive Justice (LSRJ) when, on behalf of women with ovarian cysts, she showed up at an unofficial hearing before House Democrats.  Fluke appeared before America to demand that the Jesuit-run university offer health insurance to students that covered contraception and abortion. As a result, Ms. Fluke is now a general in a contrived war on women – a battle that started when Democrats attempted to invade the Catholic Church with liberal policy.

But it didn’t end there. Sandra’s meteoric rise to fame continued when she shared her wisdom at the DNC Convention. Now, on behalf of Barack Obama, just weeks prior to the 2012 election, Fluke is taking her reproductive justice spiel to cities all across America.

Sandra Fluke’s Traveling War on Women Show is one part of an effort by Democrats to drive voters to the polls to vote early.  Recently, at a “Sak ‘N Save” in Reno, Nevada, Sandra spoke to a group of 10 who were either eager to hear what she had to say, thought she might be handing out free samples, or quite possibly were looking for an opportunity to pack Ms. Fluke’s groceries.

Seemingly overwhelmed by her own celebrity, Sandra told the crowd hanging on her every word that 2012 has turned out to be not quite what she expected.

The newly-minted law school grad probably thought the Catholic Church would roll over and provide the insurance and that she and her free contraceptives could fade into obscurity, but so far the poor girl has been subjected to just the opposite. Instead, sort of how Halle Berry became the face of Revlon, the Georgetown Law graduate has become the fresh face of free contraceptives.

Addressing those 10 people in Reno, Fluke said “A lot of women come to me and tell me stories individually about their lives about what access to healthcare has meant to them; what the Affordable Care Act is going to mean to them.”

Sandra inspired the rapt Reno ten when she claimed “A lot of young people tell me how important it was to stay on their parents’ plan until they were 26.”  For those eager to realize the American Dream, there’s nothing like being 26, living in Mom and Dad’s musty basement, and having open access to all the birth control one could ever desire.

And if those contraceptives should fail, not to worry, Sandra shared that “Folks tell [her] what a difference it made to be able to rely on Planned Parenthood when they needed it and what it would mean if Mr. Romney gets his way to defund Planned Parenthood.”

What Sandra failed to warn her audience about was that most Planned Parenthood clinics do not provide the mammograms Barack Obama claims is the reason for funding the abortion provider.  Moreover, Sandra also forgot to mention that, just like Sesame Street, Planned Parenthood would do just fine without federal funding, which means liberals have created yet another straw man for their endless parade of female dupes to drag around.

Nonetheless, as Ms. Fluke takes her show on the road, she’s gathering quite a fan base. In Reno, a gentleman named Leo Horishny was among those who battled the multitudes to get a chance to see Fluke. Horishny said he wanted to see the person whom members of the media had used “intimidating rhetoric against as a political tactic.”

Horishny believes that “intimidating rhetoric” is “a scary trend today?” No Leo, what’s really frightening is Sandra Fluke taking her free contraceptive pitch so seriously that she’s willing to compete with the weekly sales circular for the attention of 10 people at a place called “Sak ‘N Save.”