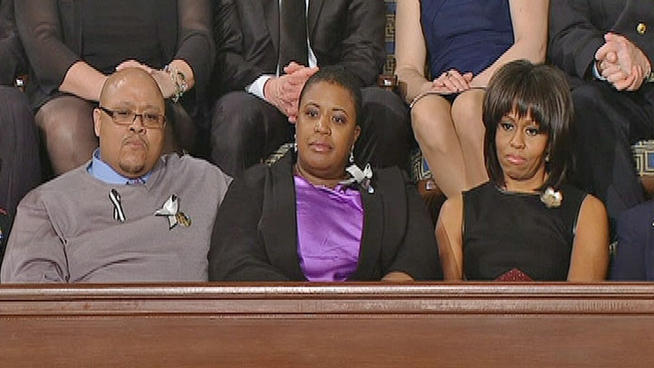 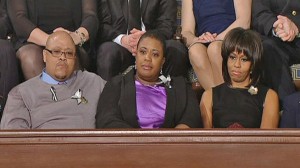 The most infuriating thing about the ‘Fat Tuesday’ State of the Union address was not the fact that bespectacled Bob Menendez (D-NJ), who is under investigation for having sex with underage prostitutes, was milling around in the crowd as if nothing is going on, or having to tolerate seeing elected officials act like hormonal teenagers grabbing at the President like he was Justin Bieber working a velvet rope line.

It wasn’t the president’s predictable left-wing drivel, or seeing a comatose Ruth Bader Ginsburg being propped up on either side by John Paul Stevens and Anthony Kennedy.

The most unnerving part of the event took place in the SOTU Sympathy Sky Box. As first lady Michelle got a standing ovation for God knows what, it was apparent that the gallery was packed with a diverse group of people there only because their stories supported the president’s anti-gun, pro-illegal immigrant, pro-woman, green ribbon-wearing, big-spending agenda.