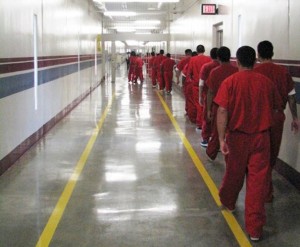 Next time you’re in a large crowd or eating a powdered cruller at Dunkin Donuts, try not to think about the fact that there are people coming over the border or arriving through customs from Asia with drug-resistant tuberculosis. Moreover, when you’re at the mall and you see a nervous-looking Middle Eastern-type guy pacing around with a backpack, shoo it away from your mind and don’t let anything stand between you and that hot Aunt Annie’s pretzel you’ve had a hankering for.

Furthermore, when you realize that the President can’t figure out that there’s a big difference between releasing 1,000 immigrants a week for three weeks versus releasing a “few hundred” in a couple of weeks, don’t let that stop you from demonstrating “The Harlem Shake” on Face Time.

The concern here isn’t “the high prevalence of infectious diseases and increasing movement of people across the borders.” No, what takes precedence over the infiltration of foreign contagions is our government making sure the produce guy handling the tomatoes in the supermarket is free to pass along a  deadly super bug without fear of reprisal or deportation.

Read the rest of the article at The Blacksphere.net