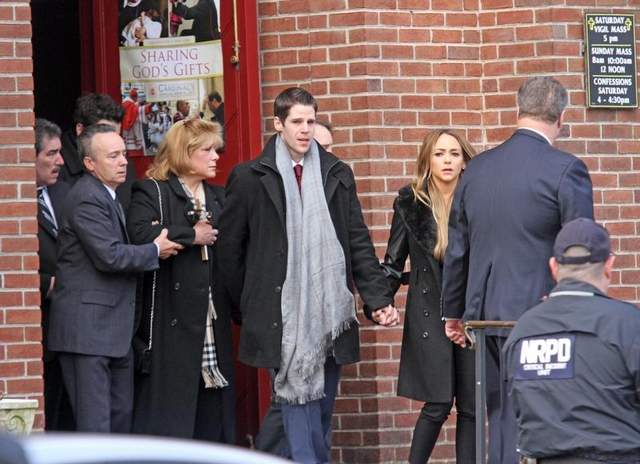 When Nancy Pelosi talks about Republicans wanting “women to die on the floor” for lack of reproductive services, she never mentions recently deceased women like Jennifer McKenna-Morbelli. Jennifer was a 29-year-old woman who, together with her 33-week-old in-utero daughter Madison Leigh, according to their obituary, “passed away suddenly” on February 7.

The truth is that Jennifer and Madison Leigh died as a result of a late-term abortion at the hands of a renowned Germantown, Maryland executioner named LeRoy Carhart.

Jennifer was married to her “college sweetheart,” TJ Morbelli, and worked as a substitute kindergarten teacher at Church Street Elementary School in White Plains, New York. A few weeks prior to her death, Jennifer was informed that the “wanted” child whose birth she was anticipating suffered from a fetal anomaly that caused seizures. In other words, unlike the picture-perfect children Jennifer taught every day at school, the little girl she carried in her womb was flawed.

So, rather than raise a child who didn’t fulfill the dream of what Jennifer had imagined her baby would be, she, her husband, her parents, and her sister decided to drive to Maryland and pay a visit to Germantown Reproductive Health Services so that a Maryland butcher otherwise known as Dr. LeRoy Carhart could relieve the McKenna-Morbellis of a defective inconvenience named Madison.

The entourage arrived at Dr. Carhart’s clinic on Sunday, February 3. After signing in, filling out papers, and leaving her anxious family in the waiting room, Jennifer allowed a lethal injection to be shot through her belly into the heart of the unborn baby she had registered at Jennifer Morbelli & TJ Morbelli’s Baby Registry.

For the record, a late-term abortion is done in stages, so Jennifer and her family returned on Monday to begin the second phase of dilating the young woman’s cervix. The plan was that with the help of hormones, she’d expel the dead baby from her womb by Wednesday. Visibly weakened, Jennifer returned again on Tuesday. Then, on Wednesday – delivery day – a lethargic and ashen Jennifer returned to the clinic to deliver Madison Leigh. It took nine hours to rid her body of the lifeless baby.

By Thursday, Jennifer was experiencing chest pains. The family tried repeatedly to reach “circuit abortionist” Dr. Carhart, who was unavailable probably because he was off terminating babies in another state. Jennifer’s condition deteriorated so much that at 5:00 am, her mother and father, husband TJ, and sister Kristin chauffeured her again, only this time it was to Shady Grove Adventist Hospital in Rockville, Maryland.

As Jennifer’s life was slipping away, LeRoy Carhart was called but was unavailable to provide “informational assistance” to medical personnel. According to Bruce Goldfarb, a spokesman for the Montgomery County Medical Examiner’s Office, “Jennifer Morbelli … bled to death after amniotic fluid in her womb spilled into her bloodstream,” making it impossible for her blood to clot. Jennifer coded six times before dying. Carhart did eventually check in by phone, but he failed to make it to the hospital before Jennifer died.

At 9:30 am, three and a half hours after arriving at the emergency room, someone had to inform Jennifer’s “adoring parents” Lisa and Kevin that the beautiful daughter they drove to the abortion clinic would be leaving in a hearse.

Jennifer’s death was the result of a ruptured uterus and “massive internal bleeding into her abdominal cavity.” Madison Leigh expired from a lethal injection through the heart. In Jennifer’s memory, her family wrote a telling obituary, which read in part: “Jennifer McKenna-Morbelli of New Rochelle, passed away suddenly on Thursday February 7, 2013 at age 29 with her baby girl Madison Leigh.”

It took the death of a daughter, sister, and wife to get a grieving family to finally acknowledge as human the damaged baby they were willing to dump into a red biohazard bag in Germantown, Maryland the week before.

After a wake at Coxe and Graziano Funeral Home, Jennifer was honored in a Catholic Mass at the Holy Name of Jesus Church. Then, the mother and the baby girl were laid to rest together in a grave at Greenwood Union Cemetery in Rye, New York. In lieu of flowers, the family requested that contributions be made to the St. Jude Children’s Research Hospital in memory of those lost.

For years to come, memories of Jennifer McKenna-Morbelli will be evoked, but not for her smile or “living every day to the fullest.” Instead, young Jennifer will be remembered as yet another woman who died at the hands of late-term abortionist Dr. LeRoy Carhart – a woman who lost her own life as a result of subjecting her unborn daughter to a brutal death for the sin of being imperfect.