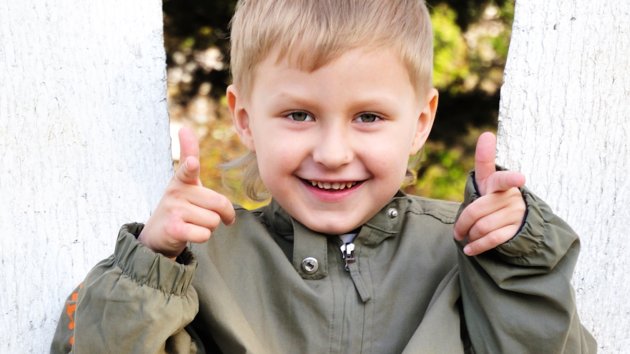 Republican state Senator J. B. Jennings of Maryland is proposing a bill to protect Pop-Tart gun-makers and students who emulate President Obama, a man notorious for flashing around his pretend-gun finger, from being suspended from school. The goal of the bill is to keep children in class who are caught on school grounds aiming, chomping or sketching anything that even remotely resembles a gun.

Jennings feels that if a student points in a style that resembles the shape of a gun, or quite by accident bites a bologna sandwich in a way that causes the lunch lady to panic in fear for her life, before administering the harsh sentence of suspension the situation should be evaluated as to whether the sandwich-eating was done in a manner that suggests “intentional infliction of grievous bodily harm.”

In the state of Maryland, second-grader Joshua Welch and 6-year-old Rodney Lynch were both reprimanded for gun facsimile-related misconduct. Joshua was ousted after he haphazardly gnawed his Pop-Tart into a shape that his teacher felt resembled a gun, and first-time offender Rodney Lynch, who lost his head and positioned his thumb and index finger into the shape of an ‘L,’ got snagged too, which resulted in a two-day suspension for both of the pint-sized miscreants.

Senator Jennings says that it is not his intent for his bill to become “part of the growing gun debate in Maryland,” but hopes it will bring some “commonsense discipline to state schools.” Wait! Jennings wants to introduce common sense to politically-correct public school educators? Is that even possible?

As Senator J.B. points out, “These kids are 6 or 7-years-old. They don’t understand what they’re doing.” The larger question here, Mr. Senator, is this: Did Joshua and Rodney’s accusers know what they were doing when they all but ran screaming from the building over a half-eaten Pop-Tart and two fingers positioned at a 90-degree angle?

Nonetheless, the bill the Maryland senator is proposing aims to halt the preposterous practice of hyper-vigilant school administrators suspending first- and second-graders willy-nilly for making anything out of anything that even remotely resembles a handgun.

According to the senator, “If it’s done in a violent manner, then yes, we can take it to the next level. We can look at suspension.” Just out of curiosity, what would be considered violent Pop-Tart eating? Telling the kids on the schoolyard that you slurped the strawberry filling out from the center, like Hannibal Lecter telling Clarice Starling that he ate the liver of a census taker with some fava beans and “a nice Chianti?”

Moreover, maybe no one noticed this, but just the name “Pop-Tart” makes one think of the violence-inducing cereal that shall remain nameless that encourages violent behavior in the style of ‘snap’ your neck, ‘crack’ a few kneecaps, and ‘pop’ you in the lip.Not to mention that favorite of comic strip character Calvin and Hobbes — “chocolate frosted sugar bombs.”

Maybe Jennings could up the ante by including an addendum to the bill that, henceforth and in perpetuity, at least in the state of Maryland, “Pop-Tarts” must be referred in kinder, gentler terms as “Plop-Tarts.”

Either way, the senator said he was inspired to propose the bill after receiving calls from anxious parents fearing that suspension from elementary school has the potential to blemish a child’s academic future. For most Americans, unlike Barack Obama, school transcripts are part of the public record.

Therefore, children who have no plans to run for president could be thwarted from moving ahead in life for doing things like: playing cops-and-robbers with a banana, pointing a recorder at another student in an intimidating way, or indiscriminately screaming ‘bombs away’ when playing kickball. Currently, those types of behaviors are closely monitored to ensure that school officials can recognize and impede a potential Adam Lanza, James Holmes, or Jared Loughner.

If the senator’s bill does pass and a deaf preschooler is hauled off for sharing his name in sign language during class or an aspiring cartographer traces the shape of Florida on the cover of a notebook, the first response would not be suspension, but a stop at a counselor’s office. If, while being psychologically evaluated, the child is deemed a menace to both school and society for strange finger movements or artistic expression that depicts evil intent, a decision will be made as to how to deal with the dangerous delinquent.

In the meantime, J.B. Jennings says the Senate bill 1058 is heading to the Education Committee, where educators who suspend small children for things like overdoing it with the red finger paint during art class will vote on the merits of the bill. If the educational community passes “The Reasonable School Discipline Act of 2013,” which some have coined “Toaster Pastry Gun Freedom Act,” it will go from committee to the Senate for a vote.

Until then, for parents with children diagnosed with Attention Deficit Hyperactivity Disorder whose fingers show signs of having impulse control problems, do yourself a favor and duct-tape their little thumbs to their forefingers and pack anything for breakfast except a “Plop-Tart.”