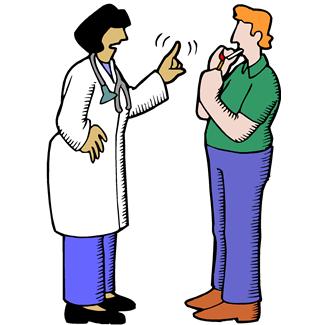 Leaving aside a women’s “choice”, which is the cornerstone of liberal religion, the irrationality and inconsistency of progressive thought was recently displayed on Fox News’ Hannity by Democratic Strategist Zerlina Maxwell. Sean Hannity was defending the right of a woman to have a gun, especially to deal with the threat of rape. In response, Zerlina Maxwell argued that an adequate weapon to deter rapists is to teach men that rape is wrong.

Hannity used rape as an example to make the point that Colorado’s restrictive gun laws put women in a vulnerable position by taking away their means to defend themselves. That’s when Zerlina’s logic took a left turn, so to speak. Although purportedly a rape victim herself, Zerlina opined that “telling men not to rape women” is the best solution to the problem of rape.

For a liberal, that is not a surprising position. Remember, it’s President Barack Obama who believes he can talk Mahmoud Amadinejad out of initiating cataclysmic nuclear chaos to usher in the return of the 12th Imam.

When Hannity stressed that women should have the right to protect themselves with a gun, Zerlina’s response was “I don’t think that we should be telling women anything. I think we should be telling men not to rape women and start the conversation there.” In other words, talk sociopaths out of being sociopaths.

Isn’t it a tad contradictory for Zerlina to say, “I don’t think that we should be telling women anything” while suggesting that teaching men is a better deterrent than a gun? It sounded like Zerlina was saying that men who have urges to commit rape could actually be trained not to commit rape. Has society degenerated to such a degree morally that it’s necessary to actually tell men that rape is wrong?

Apparently it has, so in addition to inculcating American men with guilt just for being men, women can now assume that every male is a latent sexual predator. Therefore, in addition to sex ed, starting in kindergarten little boys can also be instructed on how to avoid growing up to be rapists.

Come to think of it, if quelling animal instinct is just a matter of teaching, it’s too bad no one took the time to convince Cous Cous, the 450-pound Cat Haven sanctuary lion, not to snap 26-year old intern Dianna Hanson’s neck.

Nonetheless, what Democratic Strategist Zerlina Maxwell seemed to be inferring was that, rather than train women to responsibly handle firearms as a means of personal protection, it would be preferable to “train” potential rapists, at least when it comes to women, to choose a kinder, gentler life path.

The incongruity here is that Zerlina represents the muddled liberal mindset that stresses that it’s impossible to stop teenagers from having sex by trying to talk them out of it. Yet on a national cable news network, in primetime, Maxwell argued with a straight face that engaging a sexual deviant in educational conversation – that is, before he clamps his hand over the woman’s mouth – has the power to thwart future sexual assaults.

Sean Hannity’s stunned reply to Ms. Maxwell’s emphatic, albeit absurd, suggestion was, “Criminals are not going to listen to that.”

Lending a human touch to the discussion, Maxwell begged to differ: “You are talking about it as if there is some faceless, nameless criminal, when a lot of times [a rapist] is someone that you know and trust.” Well, there it is. If a woman is fortunate enough to be acquainted with the person who plans to rape her, the trust that developed between the two as friends should be all that’s needed to disarm any woman-hating reprobate.

Based upon her response to the “women should have a gun” argument, it was apparent that Ms. Maxwell is convinced that informing men from early on that rape is unacceptable could make the likes of a young Ted Bundy see the light, and would be better at dissuading the inevitable than a strategically-placed bullet in the groin of a psycho with evil intent.

With that in mind, if all it takes is education to deter rape, maybe Zerlina Maxwell could end the gun control debate for good by suggesting to the anti-gun lobby that a reasonable, cogent conversation has the power to change the minds of those hell-bent on shooting up schools, movie theaters, and shopping malls. After all, if rapists can be “trained” beforehand to forego violence and follow a path of peace and good will, why not Jared Loughner, Adam Lanza and James Holmes?

In fact, let’s ask anti-gun lobbyist Mark E. Kelly, Gabbie Giffords’ husband what he thinks! He just purchased an AR-15 and a semi-automatic pistol, which, who knows, he may be planning to use to shoot people who support gun rights. That type of absurdity – as well as a liberal suggesting that a woman defending herself with a firearm is something that should be discouraged and that persuasive dialogue can change the mind of a sociopath – exemplifies the tangled-fishing-line logic liberals largely rely upon.

To date, the left has already spent 40 years or so educating as many men as they could to the point of near-emasculation. Nonetheless, based on the suggestion of Democrat Strategist Zerlina Maxwell, now could be the time to incorporate “Teach Men Not to Rape” programs into a liberal-run, federally-funded public school system that hasn’t even been successful at teaching boys – who may or may not become rapists – how to read and write.