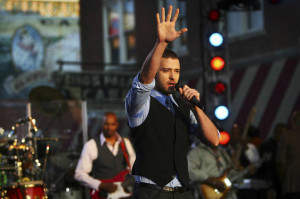 It’s been a whole week and America is long overdue for another up-yours, in-your-face display of Obama-style overindulgence.

This time America is getting a double dose; the White House, which is currently off limits to the little people due to budgetary constraints, is swinging open the doors to welcome the glitterati at taxpayer expense.

The name of the event being hosted by a president without a soul and his equally soulless soul mate is called “Memphis Soul.”

Red-state Tennessee spirit will come to the White House as part of the nationally essential “In Performance at the White House,” otherwise known as ‘Sasha and Malia get to meet Justin Timberlake and Michelle Gets to Play Dress up’ night.

The event was previously announced, giving America fair warning that additional dollars are about to be frittered away on bands like Alabama Shakes, who Rolling Stone Magazine defined as “down-home, dirty roots-rockers.”

For those spoiled-sports who would disparage ‘In Performance,’ let’s remember that this week, cultural ambassadorship is at an all-time high.  After all, someone up high in the government saw to it that ‘cultural ambassadors’ Jay and Bey (complete with a culturally-appropriate oversized basket weave braid hairdo) took their awesomeness to Cuba.

Cuba, by the way, is a country where in reality, based on melanin level alone, Mr. and Mrs. Carter might be bunking in separate jail cells at Fortaleza de San Carlos de la Cabana rather than touring Old Havana.

Nonetheless, joining the rockabilly ‘Shakes’ will be soul singers and songwriters William Bell and Steve Cropper.  Bell and Cropper, together with music director and bandleader for the night, Booker T. Jones, founded the Stax-Volt sound with music greats like Otis Redding.

Read the reminder of the article at The Blacksphere