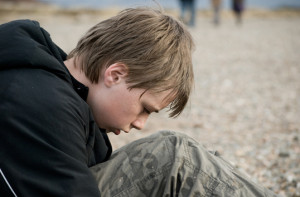 Recently it was revealed that in New Zealand, a sick, twisted, female pedophile preyed upon an 11-year-old boy who was a schoolmate of the woman’s child.

The degenerate lured the child into repeated sexual encounters by offering him beer.

How did this scenario play out?  What happened, did little Henry say, “Mom can I go over to Johnny’s to play after school?”  And did his mom say, “Sure honey, just make sure you’re home in time for dinner?”  Did Henry reply, “Thanks Mom?”

What Henry apparently didn’t tell mom was that it was Johnny’s mother he’d be playing with, not Johnny.

So then what happened?  Did Henry and Johnny walk home to Johnny’s house after school to be greeted by Johnny’s mom, who helped them off with their backpacks and then skipped the milk and cookies and got right to the beer and debauchery?

What did she do to keep Henry occupied while she seduced and raped his little friend, give him a beer too?

And that’s not the worst of it.  Over a couple of months, this particular pervert did this repeatedly until she became impregnated with the 11-year-old boy’s child, to whom she gave birth when her lover was 12.

Besides the disturbing nature of a female sexual predator – who’s a mother herself – raping a little boy, it highlights the often-overlooked danger of sexualized children, poor parenting, and female predators.

Moreover, in the U.S., where government proudly facilitates children’s sex lives with condoms and abortions without parental notification, the scenario could easily have been the other way around.

As an entrée to statutory rape, little Susie’s soccer dad could ply Susie’s adorable friend Janie with rum and Coke after the soccer game.

Lucky for Susie’s dad, if little 11-year-old Janie should happen to conceive a child, which is definitely possible, Susie’s dad has the U.S. government and President Barack Obama to thank for assisting him in covering his crime by making Plan B abortifacients available to females of any age.

Thus, while a little boy in Auckland fathering a child with his schoolmate’s mom is shocking, so is a dad in the U.S. impregnating his daughter’s BFF.

The difference is that, thanks to liberal politicians obsessed with sex, dismissive of childhood innocence, and determined to destroy lives both born and unborn, in America the crime of statutory rape has recently become easier to hide.