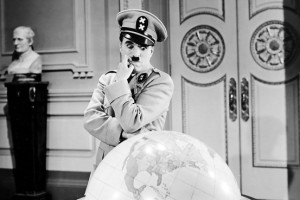 Hollywood has been tripping all over itself to support and further the policies of Barack Obama.

As the nation remains in economic distress and is herded toward the healthcare reform it largely rejects, and as Conservatives, Christians and Jews are suffering a backhanded form of persecution, Hollywood propagandists continue to prop up Obama by serving his every marketing need.

Hollywood campaigned for Barack Obama in both 2008 and 2012.  Over the last four years, many Hollywood stars haven taken the right-to-choose/pro-Obama pledge; they’ve discussed border security with him, they’ve danced and eaten at the White House, spoken at the 2012 Convention, toured the Situation Room, and raised millions of dollars for his reelection.

There seems to be nothing Tinseltown won’t do for the President.

Hollywood has spoken out for amnesty, and now they’re gearing up to lend their voices to help further propagandize a reluctant nation into abandoning their misgivings and fully submitting to Obamacare.  It’s no secret that Hollywood is anxious to help Obama strong-arm America into accepting a form of healthcare that neither Obama nor Hollywood will ever have to endure.

According to young Australian historian/folk musician Ben Urwand’s book, The Collaboration: Hollywood’s Pact with Hitler, we now come to find out that Hollywood bigwigs may have been doing something similar during Hitler’s reign.

Could it be that while Jews were being gassed in concentration camps, Jewish studio bosses like MGM’s Louis Mayer were meeting with Nazi officials to discuss how to alter his films so as not to contradict Nazi propaganda?  Author Ben Urwand contends they were.

Having reached these conclusions from reviewing material from both German and American archives, Urwand maintains that the partnership between Hollywood and the Third Reich was more formidable than once believed.  Mr. Urwand’s findings suggest that “Hollywood [was] not just collaborating with Nazi Germany,” it was “collaborating with Adolf Hitler, the person and human being.”

Ben Urwand draws on a wealth of previously uncited documents to argue that Hollywood studios, in an effort to protect the German market for their movies, not only acquiesced to Nazi censorship but also actively and enthusiastically cooperated with that regime’s global propaganda effort.

According to Urwand’s findings, the partnership began in 1930 when “Carl Laemmle Jr. of Universal Studios agreed to major cuts to the First World War film All Quiet on the Western Front after riots in Germany [were] instigated by the Nazi party.”

Mr. Urwand writes that based on documentation he’s in possession of, not only was Hollywood willingly re-editing films to accommodate the regime, but they were also generating material that could be introduced into the German marketing of Nazi propaganda, and even funding German weapons manufacturing.

The Collaboration asserts that after Hitler rose to power, representatives of the Nazi regime, including Georg Gyssling, the special consul assigned to monitor Hollywood, watched films and submitted “scene-by-scene requests for cuts.”  Evidently, Hollywood complied; during the 1930s, Jewish characters were ostracized from Hollywood films, and then in 1939 ten Nazi newspaper editors were given a tour of MGM studios.

As disturbing as the thought may be, according to Urwand, “Collaboration is what the studios were doing,” and based on information he gleaned from the documents he uncovered, “collaboration is…how they describe it.”

Although Obama isn’t Hitler, and liberals aren’t Nazis,  Hollywood participating in propaganda teamwork with a regime is believable.

Eerily, Obama’s Hollywood friends are agreeing do things like insert Obamacare into sitcom skits and recruiting left-wing liberal actresses such as Eva Longoria, Lena Dunham, Scarlett Johansson, and Kerry Washington to push Obama’s radical pro-abortion policies.  Not to mention the likes of George Clooney, Samuel L. Jackson, Will Ferrell, Cher, and potty-mouthed Kathy Griffin, all shilling for their idol.

There’s Fedoras4Fairness, and comedian George Lopez, who incorporates amnesty talk into his comedy routines.  And let’s not forget that, way before Mrs. Carter joined her husband Jay-Z in the White House Situation Room, Michelle Obama recruited Queen Bey to choreograph and perform in “Let’s Move” videos.

Eva Longoria brainstormed with the President on border security, and as an overall entity, Hollywood was shamelessly strategically involved in an all-out ground game campaign to reelect Barack Obama.

All things considered, it seems like almost three-quarters of a century later, Hollywood has just picked another ruler to support and is enthusiastically investing its clout to help persuade a nation to accept harmful policies, self-defeating ideologies, and an immoral value system that most Americans would otherwise reject, just like they rejected Hitler.

Again, while the Obama regime is not Nazi Germany, in the end, propaganda is propaganda and the Hollywood agenda has always been ready to assist in engineering an ideal utopian society.  The problem is that their utopia can only come at someone else’s expense; this time instead of European Jews, Hollywood is targeting the American people – their fellow citizens – to pay the price.

And why not – be it Hollywood or Washington, DC, those who do the imposing are largely exempt from the imposition’s negative effects.

Shocking as it may be, something about Barack Obama appeals to the same “fifth column” that actively assisted Adolf Hitler.

If what Ben Urwand says really did happen, regardless of the reason, Hollywood’s support for Obama’s plans for a “utopian” society – socialism, state-run healthcare, eugenics (in the form of abortion), gay marriage, and rejection of Judeo-Christian tenets – isn’t much different from the anti-American Hollywood collaboration described in Urwand’s exposé.