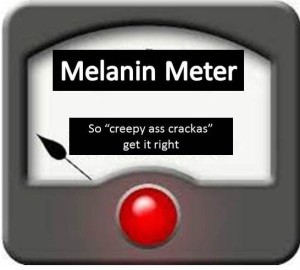 New rules: Henceforth and in perpetuity, to further racial unity and get Al Sharpton to pack up the Brylcreem and go home, “Stand Your Ground” should officially be modified to mean, “If you’re a honky, stay on the ground.”

That’s right, if you’re a Florida resident and your personhood is being threatened, before defending yourself with a legal firearm, there are new guidelines that should be followed. After all, who wants Eric Holder and Barack Obama to be distracted from getting to the bottom of important things like Benghazi, the NSA, the IRS and “Fast and Furious?”

Americans are well aware that these two men are vehemently opposed to disregarding the law and, most importantly, they are great leaders who hate discounting innocence and making the acquitted wish that their white-Hispanic, white-Caucasian, white-Asian or white-Hawaiian/Pacific Islander asses were dead.

With that in mind, here are a few important guidelines to follow that will ensure that you contribute to racial unity, keep Barack and Eric on point, and don’t end up sharing a jail cell with a 400-pound convict named Bubba who believes in gay marriage and if given the chance, would change your name from Eddie to Betty.

1. Not yet on the market, a melanin meter would be a great little gadget for the creative entrepreneur to invent. Melameters would be scooped up by individuals trying desperately not to be labeled a racist or accused of defending themselves against someone whose race and ethnicity is in the government-assigned category of Black.

It would work like this: If the meter started buzzing, whites, regardless of what government racial category they fall into, could always pretend they like black people, and black Uncle Tom-types can disguise their intellect, civility, and patriotism by immediately leaving the “-er” off of every word and replacing it with an “a.”

But! If the worst should happen, and an individual who is not black or who falls into the shameful ‘Uncle Tom’ category should by chance be accosted by someone and the buzzer goes off, that means you must let the aggressor pummel the living daylights out of you.

2. When the pummeling does commence, there are some other tips, for the sake of racial unity, to get through it in a dignified manner.

a. First, acknowledge that, unless your head is split open on the sidewalk like a melon – not a watermelon, just a regular melon – it isn’t so bad, even if your orbital plate and nasal bones are fractured.

b. As the pummeling continues, keep in mind that no one lives forever.

c. Remember that an individual’s life should not take precedence over furthering racial justice.

d. If you happen to be an everyday black man with no axe to grind and your assailant is onto your proud American outlook, then you, as a black person, have the option to bring up Jay-Z, Reverend Al, and how proud you are of Barack Obama.

3. It may be tempting, but if you are armed with a legal firearm and it is accessible, whatever you do, don’t use it! Remember – disregard “Stand Your Ground.”

For “creepy-ass crackas” of any color, the new rule is to “Stay on the Ground.”

4. If you should happen to survive the attack and the cops arrive before you go into organ failure, for the sake of national unity and racial harmony, if you’re still able to speak, take full blame for the entire incident.

So – word to the wise: if some of these simple steps are followed, America will be a more peaceful nation.

In the same way white people were given preference in the workplace prior to Affirmative Action being established, “Stay on the Ground” is a newfangled form of Affirmative Action for thugs who feel it’s their turn to deliver payback for all those “creepy-ass cracka” racists who’ve already had their day in the sun.