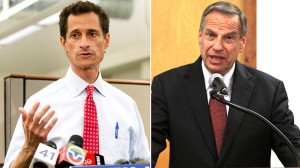 Usually, if it has to do with sex, Barack Obama is on it.  He telephoned Sandra Fluke and Jason Collins – both calls – sex-related. The president even took the time to call same-sex marriage advocate Edie Windsor, an 83-year-old lesbian, to congratulate her on her lifelong commitment to being a homosexual.

The president has portrayed himself as a warrior against those he feels are waging a “War on Women,” a struggle he talked incessantly about in the run-up to the 2012 presidential election.  In the past, if powerful white men of the Republican kind argue against providing women birth control or access to unrestricted abortion, the president and his media lapdogs make sure it’s front page news.

When fighting against the War on Women, the president also made sure that Republican politicians who made thoughtless comments about rape were denied the right to clarify their statements or even the freedom to have their own opinion.

Goaded by President Obama, it’s gone so far that politicians on the right have been accused by the likes of Nancy Pelosi of wanting women to “die on the floor” for lack of abortion services.

However, if powerful white men harass women or behave like troglodyte misogynists and these womanizers happen to be Democrats, Barack, the War on Women warrior, suddenly falls silent.

So the question is:  Does Obama’s silence indicate implicit approval of the Big Apple’s mayoral hopeful Anthony Weiner and San Diego Mayor Bob Filner’s bawdy on- and offline behavior?

Maybe it does, because clearly it’s all about the freedom to choose; if Anthony Weiner chooses to lie to his wife and his constituents, who’s Obama to infringe on that freedom?

In Bob Filner’s case, giving a middle-aged woman an unsolicited lick on the cheek should be considered a compliment. Moreover, based on Bill Clinton’s newly released sex tape, working sans panties is something even a former president and White House intern can approve of – so what’s the problem?

That’s why the world’s most dedicated War on Women warrior, via pool boy Jay Carney, has had “no comment” on either Filthy Filner or Weenie Weiner. So, if America is waiting for Weiner’s woman, Sydney Leathers, to show up on Capitol Hill or for a parade of Filner’s accusers to speak to a Democrat Congressional Committee a la Sandra Fluke, well, as they say in Brooklyn, “fuhgeddaboudit.”

However, what both situations do provide the president with is a perfect opportunity to voice his foundational concerns for and about America’s women.

On behalf of the gentler sex, Barack Obama should at least make a public statement that Filner’s friendly affection is proof positive that there’s a need to incorporate training programs into Obamacare to teach hyper-sensitive women how to differentiate between playful compliments and actual sexual harassment – the latter of which should only be taken seriously if the perpetrator making the sexual advances is a Republican.

As for Weiner’s infidelity, Obama could explain that what’s troubling is not Weiner’s creative sexual gratification methods, but rather conservatives who would refuse to provide free birth control or access to abortion if Weiner-Leathers had actually met and done the dirty deed.

So while he finds a way to twist raunchy Democrat behavior into something positive, Obama saying nothing about Weiner and Filner is a brilliant way to fight back against those really waging war on America’s women.