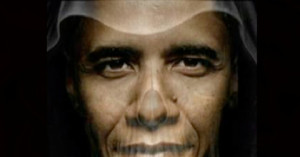 Of late, Barack Obama has (finally) gained the reputation of being a liar.

However, to be fair, the president has been known at least once to tell the truth, and Mark Halperin and John Heilemann’s book “Double Down: Game Change 2012” may prove it. According to Halperin and Heilemann, Obama boasted about his successful drone strikes when he allegedly told aides that he’s “really good at killing people.”

That’s right – if what Halperin and Heilemann are saying is true, Barack Obama takes pride in killing people and isn’t shy about bragging about it.

Throughout history there have been people who prided themselves on acquiring “Angel of Death” status.

Take for instance Josef Mengele, the German SS officer and physician in the Nazi concentration camp at Auschwitz who, besides torture and medical experimentation, also gleefully picked Jewish prisoners to be gassed.

There are Angel-of-Death mushrooms, flying artillery gun ships, serial killers, doctors, nurses, and religious figures like the Hindu Yama. In the Christian Book of Revelation, there is Apollyon, a destroying angel named after the Angel of Death, and even Islam has an Archangel of Death named Azrael.

So, with that in mind, isn’t the world long overdue for an Angel of Death president? And who better to fit the bill than Barack Obama – an ardently pro-choice, late-term abortion-loving, feticide activist and foe of providing medical care to babies born alive in botched abortions?

His abortion credentials alone should qualify him for the title. And although approving of 3,000 abortions a day is a notable accomplishment, Barack Obama certainly has other impressive qualifications.

Between 2004 and 2009, under G.W. Bush there were only 52 drone attacks in Pakistan, which means that Barack “really good at killing people” Obama, with his Peace Prize in hand, can officially step up and be awarded the esteemed title of Angel of Death.

Stunning as it may seem, when the president said he is “really good at killing people,” he told the truth…maybe for the first time ever. And might have only been fessing up because of the extreme pride he takes in exercising his homicidal skill set.

Either way, if the allegations are true, then the president apparently revels in wielding the power over life and death, and does so despite the CIA’s targeted killing program being met with significant condemnation from those on the left. Those same Lefties were downright euphoric when he was awarded the Nobel Peace Prize in 2009 for “his extraordinary efforts to strengthen international diplomacy and cooperation between peoples.”

After all, when it comes to carnage, it’s already been proven that anti-Born Alive Act Barack takes delight in the shedding of innocent blood. Moreover, in addition to people, he’s also proven to be adept at murdering the U.S. Constitution, liquidating the economy, mortally wounding the job market, and strangling the living daylights out of America’s healthcare system.