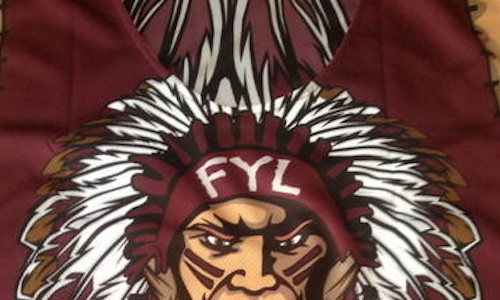 Recently there was a big dust-up over the name of the Washington Redskins offending Indians by bringing up skin color in what is supposed to be the neutral world of athletics.

For most Americans, indigenous people heading westward and suffering on the Trail of Tears is not what comes to mind when they hear “Washington Redskins.”

However, über sensitivity appears to be the path America is headed down, in which case there’s a world of thoughtless sports team names that need to be reconsidered. If the Washington Redskins free-for-all is the new standard for offensive sports team names, what about the Kansas City Chiefs and the Atlanta Braves?

Anybody remember that horribly insensitive song sung by Betty Hutton in 1945 entitled “Doctor, Lawyer, Indian Chief?” Well it’s 2013, and the Kansas City Chiefs should know by now that not everyone can be a doctor, a lawyer, nor in this case an Indian chief.  That’s why before Kansas City called themselves the Chiefs they should have considered the feelings of garbage men, waitresses, and plumbers.

Atlanta should also be more sensitive to the fact that not all red-skinned braves are brave and that the flippant claim of the Atlanta Braves being brave could injure the self-esteem of Atlantans who are cowards.

How about sports teams that adopt animal names? Tying animal designations to the gridiron marginalizes living beings and offends groups like PETA, who must certainly resent furry creatures being identified with beefy athletes.

Come to think of it, cubs, bears, and bulls do not meander around Chicago, and lions and tigers are never spotted prowling Detroit.

There are no bruins in Boston, no Bengals in Cincinnati, and zero raptors in Toronto. There’s nary a panther in the Carolinas or a jaguar in Jacksonville, and there are no grizzlies in Memphis.  So why insult animals and annoy activists by associating New Orleans with pelicans and Indianapolis with colts?

What about the Buffalo Bills? Has anyone ever met a buffalo named Bill?  More importantly, couldn’t a ‘Redskins’-style case be made that Orchard Park, New York is discriminating against Bobs, Brians, Bertrams and Bens?

The examples of animal discrimination in sports are limitless. Why not Lynx instead of Bobcat?  And who, pray tell, decided it had to be the Arizona Diamondbacks?  Doesn’t anyone in the Cooper State care about the complex sensibilities of sidewinder rattlesnakes, Mojave rattlesnakes, and speckled rattlesnakes?  What makes the diamondback rattlesnake so special?

And sure, there are falcons, sea hawks, penguins, and eagles, but what about the often-ostracized buzzards and vultures?  Isn’t ignoring a buzzard just another form of bird bullying?

Animals and Indians aside, popes, priests, monsignors, and cardinals are generally offensive to atheists, agnostics, Wiccans and Americans like Sandra Fluke, all of whom even ESPN agrees should be allowed to take in an afternoon of secular sports without being subjected to religious references.  That’s why St. Louis and Arizona may be trying to pass off cardinals as being a red bird when in fact they’re likely attempting to slyly slip Catholicism into the arena of sports.

But the New Orleans Saints aren’t even trying to be subtle – how dare they!

And if it’s feelings we’re concerned about, does anyone care how avalanches, earthquakes, hurricanes, lightning, and thunder insult gentle breezes, spring rains, cumulus clouds, and early frosts when the latter are excluded and made to feel weak and neutered when it comes to being associated with sports teams that should be weather neutral?

The examples of insensitivity are limitless. The New York Yankees conjure up images of the Civil War and the South’s history with slavery. New England Patriots seem to be implying that New England has the corner on nationalism. And whoever thought an ice hockey team hailing from a blistering hot border state where illegals are smuggled in from Latin America daily should be called the Phoenix Coyotes? That’s just rude.

If knuckle-headedness is what drives how sports teams choose the names that they do, how about some gender discrimination while they’re at it? How about ramping it up with names like the Michigan Machos, the Toronto Testosterones, the Atlanta Adam’s Apples, and the Buffalo Balls? 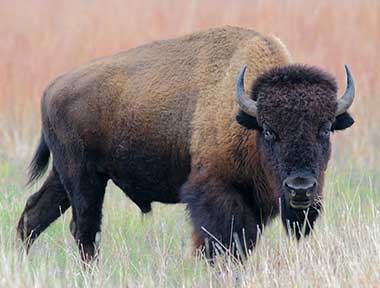