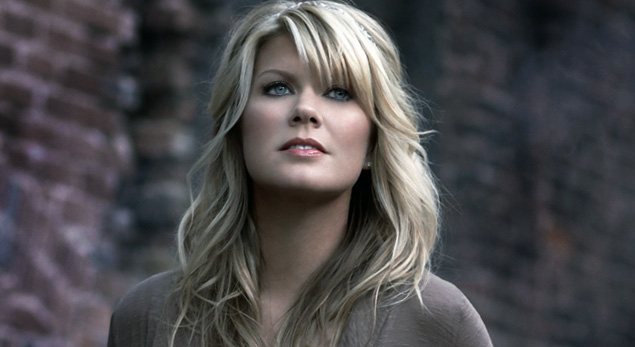 I would like to thank everyone for making this article so widely read:  @5 million readers.

May God be glorified as His people stand for truth.

Grant was up for Best Gospel/Contemporary Christian Music Performance for “Alive (Mary Magdelene),” a song she wrote with her husband Bernie Helms, and Best Christian Music Song for the chart-topping “Hurricane.”

The couple went to the Grammys proud to represent gospel music. Little did they know when they arrived at the Los Angeles Staples Center that they’d be going to church.

To warm up the congregation and open the service, Beyoncé twerked her ample bethonged derriere to the delight of millions. After that, Natalie and Bernie were subjected to Mrs. Carter sitting astride a chair in, shall we say, an extremely come-hither position.

Next the high-powered billionaire, Jay-Z ,and his bodacious bride left little to imagination about what goes on in their boudoir when nobody’s looking.

From there, Natalie got to see pop star Katy Perry, who used to sing about Jesus. However, since crossing over into showbiz stardom she’s been circling the vortex of hellish behavior for years. Katy, wearing an illuminated Knights Templar cross on her chest, pushed the envelope beyond ‘kissing a girl’ in what even the secular media described as a Satanic Ritual, or at best, witchcraft.

Right about that time Natalie and Bernie were probably starting to feel out of place among people winning awards for being “Up all night to ‘Get lucky.’”

It’s unclear which debauched performance prompted Natalie Grant and Bernie Helms to call it a night.

Hopefully, they were already gone and missed the church-like mockery that was overseen by Reverend Latifah. Wedding music was compliments of a menopausal Madonna on behalf of 34 same- and mixed-sex couples who tied the knot on what’s supposed to be a music awards show.

Refusing to pass judgment on the debacle, after she left Natalie had this to say on her Facebook page, which in a few words said so much: