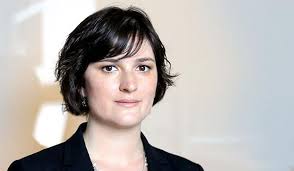 After 40 years and 20 terms, 74-year-old “ferocious liberal” and unique-looking individual Henry Waxman, one of the key architects of the disastrous Obamacare healthcare reform bill, announced he’s packing it in because of Tea Party extremism.

Speaking of packing it in and extremism, one name being bandied about as a possible replacement for Henry the Waxman’s congressional seat is none other than Sandra Fluke (appropriately pronounced F-Luck).

Announcing his retirement, Henry had this to say:

After 40 years in Congress, it’s time for someone else to have the chance to make his or her mark, ideally someone who is young enough to make the long-term commitment that’s required for real legislative success.

Could that “young enough…someone else” actually be Sandra Fluke? Because if über liberalism is the primary criteria, Fluke certainly qualifies to occupy Henry Waxman’s vacated seat.

Speaking to a California radio station, Sandra, who once placed birth control on an equal par with blood transfusions and represented Emerge California’s class of 2014, a training program for Democratic women who want to run for public office, sounded surprised by the suggestion that she should seek public office, saying this:

I’m flattered that I’m being discussed as a potential candidate. A number of folks I respect very deeply have reached out today and encouraged me to run. I am strongly considering running.

As luck would have it, Sandra is engaged to Adam Mutterperl, son of a big-time Democrat Party donor. So it would be fair to assume that future Dad-in-Law was “the folks I respect very deeply… [who’ve]…encouraged me to run,” that wannabe congressperson Sandra referred to in her radio interview.

Ms. Fluke made a name for herself with Democrats by demanding free contraceptives, and likes to come off as poised and soft-spoken.  But don’t be fooled by the pearl earrings; Sandy’s just as rabid a left-wing partisan tool as Henry Waxman.

Sandra Fluke is the women’s rights activist who brought national attention to a female sex hormone scourge called polycystic ovary disease, inspiring Rush Limbaugh to provide a colloquial description of what a girl publicly admitting that she uses $3,000 worth of birth control a year is actually admitting she is.

As a result of the outrage that followed, Sandra got a personal telephone call from Barack Obama.  The president took the time to commend her for her bravery and implied that having a daughter willing to reveal her prolific sexual activity in front of the whole country while soliciting free contraceptives, is enough to make any parent proud.

After her House Democratic Steering and Policy Committee appearance, rising star Sandra moved up to speak at the Democratic Convention, and after introducing Barack Obama at a campaign rally in Denver took to the road on behalf of the president’s re-election, which, in liberal circles, is all that was necessary to prepare Sandy to take a seat in the House of Representatives.

However, despite possessing the political ambition, Henry Waxman-level liberal endorsements, and Barack Obama’s soon-to-come blessing, serious concerns remain.  If Sandra Fluke’s claim to fame is that she can’t come up with a budget that includes a year’s worth of birth control, what is it exactly that qualifies her to manage the fiscal responsibilities of the nation as a Member of Congress?

UPDATE:  Sandra changed her mind forgoes her bid for Congress and  is running for state senate.