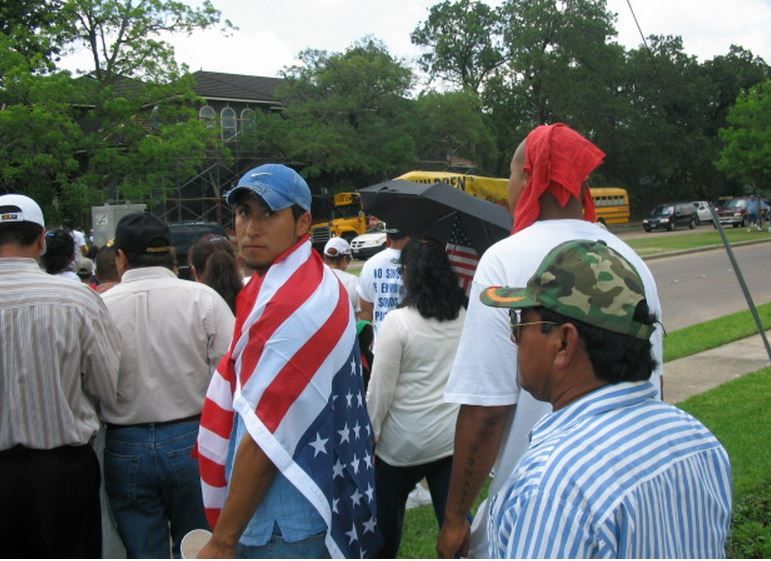 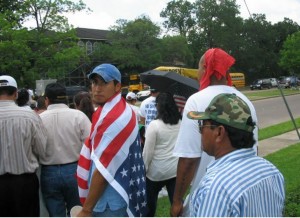 Recently, compliments of the Gary Sinise Foundation, Hollywood actor Gary Sinise feted 50 of America’s gravely wounded warriors. The Academy Award-winning actor who played Lieutenant Dan, the bitter war-wounded double amputee in the movie Forrest Gump, took a few of America’s “new generation of Lieutenant Dans” out of their hospital rooms and flew them on an all-expense-paid trip to Hollywood.

Warriors like triple-amputee Brian Anderson, who lost his arm and both his legs in Iraq when his vehicle struck a roadside IED, were thrilled to be on the trip.  The group visited Disneyland, Paramount Pictures, and even got to meet Tom Hanks, the star of Forrest Gump.

Looking at these men and women and the price they’ve paid for our freedom should make Americans swell with pride and gratitude, and should inspire those blessed to live in this nation to treasure the gift of liberty selflessly paid for with the blood and sacrifice of heroes.

Meanwhile, a little further north in San Jose, one has to wonder whether the liberal 9th U.S. Circuit Court of Appeals grasps the magnitude of denying American children the right to wear American flag t-shirts on the Mexican independence celebration day of Cinco de Mayo?

Cinco de Mayo marks the May 5, 1862 ‘Batalla de Puebla,’ when Mexican troops defeated the army of Napoleon III.  Interestingly, Cinco de Mayo is a bigger holiday in the U.S. than it is in Mexico.

Notwithstanding Mexico prevailing over the French army in 1862, did the “unanimous three-judge panel” who made the outrageous decision to deny American students the right to free expression comprehend the measure of ingratitude shown to the 50 limbless and maimed soldiers visiting Hollywood with Gary Sinise?

The argument for forcing American citizens to hide the American flag by being ordered to turn garments inside out for Cinco de Mayo was purportedly based on school administrators fearing that there would be havoc if they didn’t.  The justification:  “the officials’ concerns of racial violence outweighed students’ freedom of expression rights.”

The history behind the decision is that Live Oak High School, in the San Jose suburb of Morgan Hill, has had incidents of dissension between whites and Latinos on the May 5th Mexican holiday.  That’s why the court decided that public schools funded with the taxes paid by American citizens have “wide latitude in curbing certain civil rights to ensure campus safety.”

Bill Clinton appointee and potential Obama Supreme Court replacement for Justice David Souter (who retired in 2009), Judge M. Margaret McKeown, wrote, “Our role is not to second-guess the decision to have a Cinco de Mayo celebration or the precautions put in place to avoid violence.”

No friend to the U.S. Constitution, in 2007 McKeown penned a decision for another three-judge panel.  That time the esteemed judge upheld a lower court ruling banning the Sunrise Rock cross (since returned to its original location) in the Mojave National Preserve, calling it an “impermissible government endorsement of religion.”

In the case of American flags and Cinco de Mayo, according to McKeown, past events where Mexican students objected to American flags being worn on a holiday they’re celebrating in America “made it reasonable for school officials to proceed as though the threat of a potentially violent disturbance was real.”

In McKeown’s understanding of the Constitution, freedom of religion and expression are both open for reinterpretation and modification, especially if the threat of violence is an issue.

What kind of message is being given to American high school students if they are asked to sacrifice their rights as United States citizens to a Mexican independence celebration? The answer is that thanks to open-minded judges, America is moving in a direction where mob rule now dictates First Amendment rights and courts can place public security over Constitutional fidelity.

So on Columbus Day, if Italians decide American flags should be banned because Tony Soprano wannabes might act up, will it then be justifiable to ban American flags on October 12th?  And what about St. Patrick’s Day, India Republic Day, the Vietnamese holiday of Ted Nguyen Dan, and the Swedish Santa Lucia Day?

William Becker, a lawyer from Ann Arbor, Michigan-based American Freedom Law Center is representing the American students with the inside-out t-shirts.  Becker said he plans to ask a special 11-judge panel of the appeals court to rehear the case. Then, if he loses again, Becker vows to appeal to the U.S. Supreme Court because he feels that the 9th circuit court upholding the “rights of Mexican students celebrating a holiday of another country over U.S. students proudly supporting this country” is unconstitutional.

At least for now, in San Jose, California on May 5th, celebrating Mexican heritage with parades and revelry also means denying American high school students the right to be patriotic.  As a matter of fact, seeing as how respecting cultural diversity now takes precedence over Constitutional liberty, maybe America should just fold up the old stars and stripes and retire it permanently to a dusty museum where its presence won’t be so offensive.

Meanwhile, maybe Gary Sinise can explain to the wounded warriors he took on the trip to Hollywood that, despite soldiers like Brian Anderson losing three limbs in the fight to preserve our nation’s freedom, fear of retribution now legally hinders patriotic expression for American children living just up the road in San Jose.