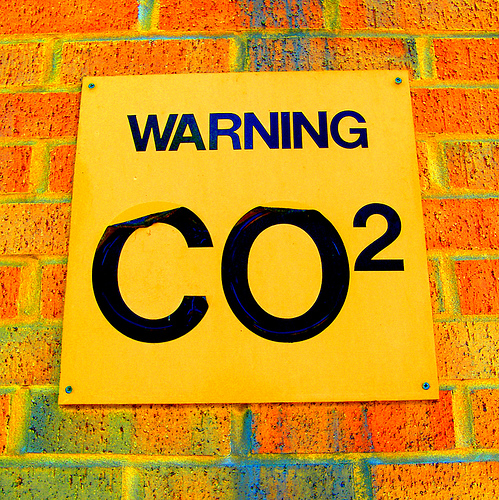 The White House has released a “Fact Sheet” and entitled it “What Climate Change Means for Regions across America and Major Sectors of the Economy.” The outline details the third U.S. National Climate Assessment, which is part of the President’s Climate Action Plan.

The White House claims that this is the “most comprehensive scientific assessment ever generated of climate change and its impacts across every region of America and major sectors of the U.S. economy.”

Is that sort of like when the country’s best doctors and health care providers helped come up with comprehensive healthcare reform?

Whether the assessment is the “most comprehensive scientific” yadayadayada may or may not be true. However, setting veracity aside for a moment, what is striking about the fact sheet is that it recycles the same urgent words and warnings that, in his efforts to advance a progressive agenda, Barack Obama has used over and over again while pushing detrimental policies that have proven to be born of bogus must-haves that largely do not exist.

According to the President’s serious “fact sheet”, currently there is “the need for urgent action to combat the threats…protect American citizens and communities today, and build a sustainable future for our kids and grandkids.” Why, that sounds an awful lot like Obama’s gun control routine. Change a few key words and the “climate disruption” warning could have been referring to both the need for healthcare reform back in 2009-2010 and the ongoing call to rout the Second Amendment.

Nevertheless, the U.S. Climate Assessment was “developed over four years,” which means that as soon as healthcare disruption was underway, the Obama team turned their attention to climate disruption.

Yet, out of all the climate scientist talk, references to carbon pollution, eco-systems, ice melt, bio-diversity climate-change impacts, and global challenges, probably the lowest and most despicable suggestion showed up in the Climate-Change Impacts on Key Sectors of Society and the U.S. Economy in the health section.

After saying that “Climate change threatens human health and well-being in many ways, including … threats to mental health, and illnesses transmitted by food, water, and disease carriers such as mosquitoes and ticks…Climate change … absent other changes” (such as the unaffordability and inaccessibility of one of Barack Obama’s other pet projects) will “amplify some of the existing health threats the Nation now faces.”

The mental health part is true, because studies show that children are suffering from eco-anxiety disorders thanks to global-warming alarmists scaring the wits out of kids by telling them the poor furry polar bears are dying thanks to Dad refusing to ride a bicycle to work.

Doesn’t the president realize that it isn’t excessive rain or melting ice or incandescent light bulbs that “amplify some of the existing health threats the Nation now faces”? It’s the disruption posed by illegal immigration, which is threatening lives by introducing MERS and leprosy, as well as long-eradicated diseases like measles and polio, into the American population.

Whether Barack Obama does or doesn’t understand what he’s saying, and although he’s “informed by thousands of inputs from the public and outside organizations gathered through town hall meetings, public-comment opportunities,” the fact sheet included some of the most manipulative statements issued by the Obama administration thus far.

According to the climate change fact sheet, those who dismiss climate change hype don’t care about children, old people, the ill, indigent, or “communities of color.” Per the National Climate Assessment (NCA), changes in the climate impact health. And even though people of every age, income level, gender and race breathe the same air and drink the same water, the NCA insists that “Certain people and communities are especially vulnerable” to falling ill from climate change, and they include “children, the elderly, the sick, the poor, and some communities of color.”

So there it is! Those who challenge the pseudoscientific claims of the White House climate report are obviously the same ones who were opposed to healthcare reform. These are the individuals who are already waging war on women, pushing granny off a cliff, and wanting to see hungry children starve without free school lunches. So for good measure, why not throw racism into the mix?

With the proper measure of guilt and manipulation, Barack Obama will almost certainly get his way by pushing bogus climate change hysteria. And when he does, the left will yet again accomplish their goal by insisting that climate change “deniers” are all racists because they don’t care if people from communities of color get sick – from too much CO2 and disrupted weather.