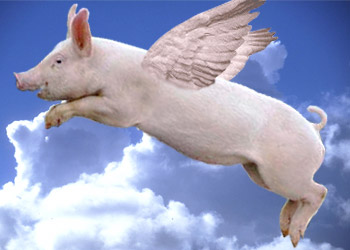 On July 18, 1961 in a letter to Charles Callison of the National Audubon Society, President John F. Kennedy had this to say about the bald eagle: “The founding fathers made an appropriate choice when they selected the bald eagle as the emblem of the nation. The fierce beauty and proud independence of this great bird aptly symbolizes the strength and freedom of America.”

According to the U.S. National Archives, in 1782 a drawing of the strong, majestic, long-living bald eagle (Haliaeetusleucocephalus) was presented to the newly-formed Congress. The bird was officially adopted as the insignia of our new nation in 1787.

Chosen because of its “association with authority and statehood… the eagle had been used as a symbol of governmental power since Roman times. ”Unique to North America and in some North American cultures, especially among Native Americans, the bald eagle is considered a sacred “spiritual messenger between gods and humans.”

Since the establishment of the United States the bald eagle has personified freedom. Thus, the familiar bird with its impressive wingspan is depicted on coins and passports, emblazoned on the Great Seal of the United States, and shows up wherever a strong emblematic representation of our nation is called for.

Now, 53 years after President Kennedy lauded the founding fathers for choosing the bald eagle as our nation’s insignia, a president who seems to resent America’s independence, strength, and freedom is having a love affair with wind turbines that Biological Conservation estimates are responsible for the demise of 328,000 birds every year, including even bald eagles.

That’s right — the president who approves of chopping up 3,000 innocent unborn children a day also has no problem with using wind turbines that chop up hundreds of thousands of birds, including numbers of eagles who are figurative examples of everything that makes America great.

And it doesn’t stop there. In addition to wind turbines, solar farms are now assisting in bald eagle annihilation by literally incinerating the icon of American strength, freedom, and authority.

But then again, elimination is all in a day’s work for Barack Obama, loather of all things American. When he’s not promoting Planned Parenthood, he puts green energy ahead of the threat it poses to the bald eagle. Think of it this way: America’s abortion president is symbolically terminating our nation – sometimes by hacking it up, other times by immolating it as it soars through the air.

In California’s Mojave Desert stands the $2.2 billion Ivanpah Solar Electric Generating System. The green company was financed in part by a $1.6 billion taxpayer-backed loan from the Department of Energy. Ivanpah is located on federal land, but is owned by private companies that include NRG Energy, BrightSource Energy, and Google.

The California-based solar energy company has proven to be an especially effective assistant to the Obama administration’s ongoing eagle massacre project, which ought to be referred to as the American Eagle Extermination Venture.

Ivanpah Solar incinerates bald eagles with heat lasers fashioned out of a colossal collection of 350,000 garage door-sized mirrors. Birds that go up in flames after passing into the Ivanpah kill zone are affectionately known as “streamers.”

In an article titled “The World’s Largest Solar Energy Plant Is Also a Massive Death Ray for Birds”, Danielle Wiener-Bronner explained it this way: “The 350,000 energy-culling mirrors make the whole thing look like a glittering oasis, luring birds to the area, where they are burned to death in the searing heat.”

Nuclear physicist and U.S. energy secretary Ernest Jeffrey Moniz, the guy with the 1782 hairdo that looks like he would fit in with the group that selected the bald eagle as our national emblem just prior to the end of the Revolutionary War, attended Ivanpah’s opening where he delivered comments and paraded around in a very important-looking helmet. More than an attempt to appear official, the hard hat was probably meant to protect Mr. Moniz’s coif from catching fire from flaming eagles crashing onto his head.

The rays of the mirrors’ reflected light produces temperatures from 800 degrees to 1,000 degrees Fahrenheit. Any animal caught in the intense glare of the mirror’s rays may catch fire and plummet toward the ground, or spontaneously combust altogether.

The goings-on at Ivanpah are akin to how “Hope and Change” appeared to be a “glittering oasis” that lured in millions of people who are now realizing as they “spontaneously combust” that what Barack Obama promised America is anything but an oasis.

Interestingly, Ivanpah is also responsible for displacing desert tortoises with its solar towers. In 2012 Bloomberg BusinessWeek reported that the green company’s “45-story towers began rising from a 3,500-acre dry lake bed in California, uprooting scores of desert tortoises from their burrows, far more than federal wildlife officials had estimated.”

Meanwhile, back in 1782, despite the objections of Benjamin Franklin, who preferred the wild turkey, the bald eagle became the young nation’s emblem. Here we are 230 years later, and lo and behold, a wild turkey has officially taken up residence in the White House.  This particular turkey is implementing policy that is jeopardizing America and threatening an endangered species that has already managed to come back from the brink of extinction.

Hopefully, when the wild turkey is no longer in the White House the eagle will rise once again. Until that day comes, the annihilation of the bald eagle certainly symbolizes Barack Obama’s malevolent intentions toward America.

The moral of the story? America is finding out that be it a pig (with or without lipstick), an endangered desert tortoise, or a turkey pretending to be an eagle, Bill Clinton discussing welfare reform in 1996 did say something that unquestionably applies to Barack Obama today: “You can put wings on a pig, but [that] don’t make it an eagle.”