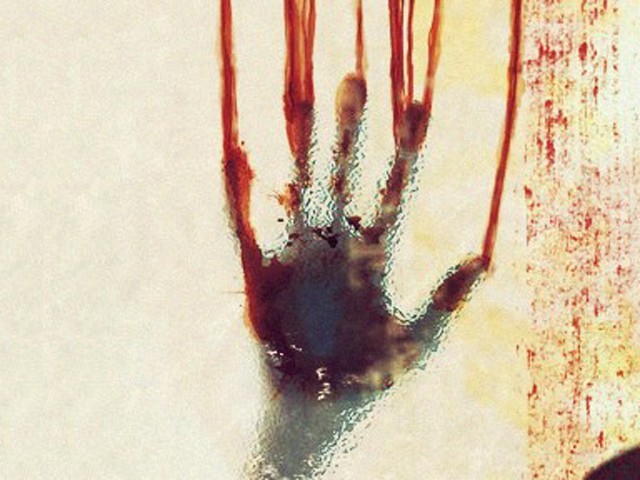 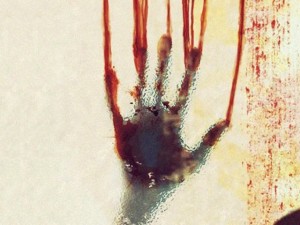 In the interest of furthering cross-culturalism, Presidential Medal of Freedom award winner/multicultural advocate/poet Maya Angelou once said that “[it was] time for parents to teach young people early on that in diversity there is beauty and there is strength.”

With that pluralistic thought in mind, why not begin that lesson with the story of an elderly Muslim immigrant from Pakistan living in Brooklyn, New York named Noor Hussein?  According to prosecutors, 75-year-old Noor met his late wife, 66-year-old Nazar, in Pakistan, where they married before emigrating to Brooklyn.

Clearly the honeymoon was over, because Noor, which means “light” in Farsi, is currently on trial for beating Nazar to death with a 19th century-style laundry stick.  Noor gave Nazar a brain hemorrhage after whacking her with the implement that, for lack of a washing machine, the woman used to stir their dirty clothes in a washtub.

Not for nothing (to use the standard Brooklyn vernacular), but from a cultural diversity point of view, stirring laundry with a big stick in a galvanized washtub right smack-dab in the heart of Brooklyn certainly does add color to the ethnic mosaic.

Nonetheless, what, pray tell, could possibly provoke this Muslim man to commit what American culture would normally view as a horrendous crime?  Well, it seems Nazar made the fatal mistake of cooking her husband lentils for dinner instead of goat’s meat stew, which is what he had expressed a hankering for.

Lentils in place of goat meat was a big slip-up, because according to court papers, the “Defendant asked [his wife] to cook goat and [his wife] said she made something else.”  In response to being offered a vegetarian meal, Noor beat Nazar about the head until her brain was bleeding profusely.

According to the neighbors in the Husseins’ building, who are due to testify about the beatings Nazar received at the hands of her paternalistic husband, on the evening of the goat-versus-lentil confrontation, the exchange progressively got louder.  Then, the linguistically assimilated Nazar called Noor a “mother******” (also standard Brooklyn vernacular), to which he responded by hitting her on her arm and mouth with the laundry stick until she was a “bloody mess.”

Contrary to defense claims, Assistant District Attorney Sabeeha Madni is convinced that Noor’s intention was not to discipline his wife, but to kill her.  Madni maintains that Hussein “brutally attacked his wife as she lay in her bed” – “leaving deep lacerations on her head, arms and shoulders, and causing her brain to hemorrhage.”

Madni said, “It was a beating that was so vigorous and so repeated that it stopped her brain functions.”

According to the prosecutors, after teaching her who’s boss when it comes to what’s for dinner, Noor threw the laundry stirrer into the street, tried to clean up the blood that splattered onto their bedroom wall, and then called his son and told him, “I killed her.  Hurry up and come over.”

Barack Obama once said that he considers it “part of [his] responsibility as president of the United States to fight against negative stereotypes of Islam wherever they appear.”

Noor Hussein beating his wife to death is the perfect opportunity to begin dismantling negative Islamic stereotypes and gain newfound respect for the cultural diversity that is now a part of the American landscape.

The Pakistani goat stew lover’s defense attorney, with the all-American name Julie Clark – unlike Madni, with the ethnic name – began the process of remediating Noor’s sullied reputation by schooling the courtroom.  First she admitted that Hussein did indeed thrash his wife with the laundry stick, but she explained to those in attendance that his crime should be manslaughter and not murder because in his home country, beating wives with various implements is customary.

In her opening statement at the Brooklyn Supreme Court bench trial, Ms. Clark advocated on behalf of cultural diversity when she explained that her client “comes from a culture where he thinks this is appropriate conduct, where he can hit his wife.”

While fleshing out her argument, counselor Clark forgot to mention that in Pakistan, abuse of women is “endemic in all social spheres.”  It is customary to genitally mutilate females, deform their faces with acid, rape them, kill them in the name of honor, and, for a lack of an adequate dowry, burn young brides alive in a “stove death.”

Yet Julie Clark does make an excellent point.  If America prides itself on embracing multiculturalism and our president feels it’s his duty to dispel negative stereotypes associated with Islam, how can America switch gears and justify prosecuting a Muslim man for exercising the diverse strength and beauty extolled by Maya Angelou and those like her?

To do otherwise would be to assume that in this case, American culture is superior to Pakistani culture, which not only is insulting to Pakistanis, but also undermines the efforts our nation has made to assign cultural equivalency to diverse customs.

Notwithstanding Nazar’s fatal brain hemorrhage, to inflict American judicial-system criteria on Islamic/Pakistani cultural norms sends a mixed message, and ultimately compounds the initial disrespect Noor received from his late wife when she dared to offer him lentils instead of goat.

As it turns out, poor misunderstood Pakistani Muslim Noor Hussein, who “culturally believed he had the right to hit … and discipline his wife,” is now up on murder charges just for living according to his native customs as a member of the ever-expanding multi-ethnic community the president defends and admires.