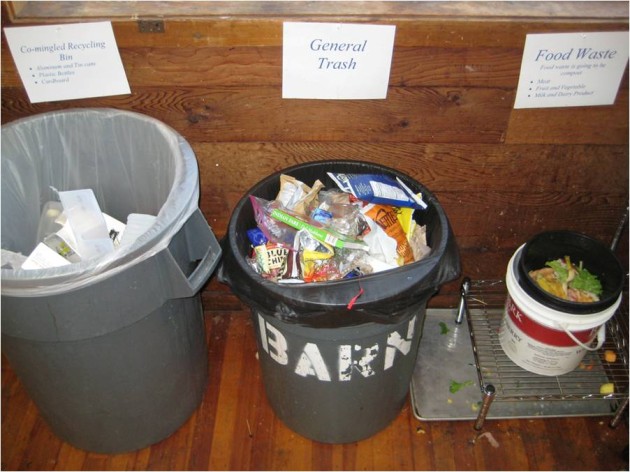 After all the healthy food hoopla issuing forth from Washington, DC, some school cafeteria directors are now claiming that the phased-in standards associated with Michelle Obama’s federally-funded school lunch program are limited, pricy, and unappetizing. In response, an agriculture spending bill that was written and proposed by Congressman Robert Aderholt, (R-AL) was approved by a House subcommittee. The bill seeks to allow schools to waive the school lunch standards put in place by the first lady and the USDA if, after a six-month period, the programs result in a net loss.

The problem is that like her husband, Michelle Obama does not take kindly to noncompliance. Rebel against the FLOTUS’ control and a harder pushback is sure to follow, which is how Michelle is choosing to deal with the critics of her carrot-stick-and-cauliflower diktats.

In other words, after six years, Americans should be well aware that when it comes to Barack and Michelle Obama, “resistance is futile”.

That’s why even though Congressional efforts to provide waivers to those schools desiring to opt out are being well-received in some circles, similar to the way her husband refuses to budge on Obamacare, Michelle is vowing to fight any and all efforts to defy having the government determine what schoolchildren should eat for school-provided breakfasts and lunches.

Sam Kass, the former personal home chef to the Chicago-based Obamas who now directs Mrs. Obama’s “Let’s Move!” initiative, said Boss Lady Michelle just “wants to have a conversation about what is really happening out in the country.”

Translation: Despite the personal experience of those dealing directly with the negative responses of students rebelling against the federally-funded food edicts, Mrs. Obama is prepared to do the Chicago strong-arm treatment on the non-compliant until they yield to her will.

As usual, propaganda is the first step in the arm-twisting process, which is why the first lady began her retaliation by hosting an event at the White House to highlight the success of a program that is, in fact, largely a failure. At the roundtable, Michelle expressed the opinion that allowing schools to opt out is “unacceptable” to her… “not just as First Lady but also as a mother.”

Rest assured, if they had one, the White House Successful Healthy School Lunch PowerPoint presentation did not include images of cafeteria garbage cans full of black bean and guacamole salad, nor did it include close-ups of the grimacing faces of children attempting to wash down undercooked whole wheat pasta with room-temperature skim milk.

Nonetheless, Democrat drones…sorry, school nutrition officials were summoned to 1600 Pennsylvania Avenue to assist Mrs. Obama in her attempt to salvage the restrictive, expensive, and downright dull “Let’s Move!” federally-funded school lunch program. The job of the first lady’s charges was to share how magnificently the healthy food standards are working in their individual schools.

At the roundtable discussion, Über political Michelle said “The last thing we can afford to do right now is play politics with our kids’ health. Now is not the time to roll back everything we have worked for.”

In addition to hype campaigns and targeting Congress, it’s likely that Michelle will also be going after schools that originally signed on to the U.S. Department of Agriculture’s new School Lunch and Breakfast Program who, after citing uneaten provisions being dumped because students turn their noses up at tasteless mandated foods with less sodium, little fat, and restrictive calorie allowances, now want to opt out.

Autonomy is a philosophical notion that is anathema to both Mama Obama and her enforcers in the federal government.

Nonetheless, Schmidt believes that “School meal programs need more flexibility to plan menus that increase student consumption of healthy choices while limiting waste,” which is why Leah was not asked to be part of Mrs. Obama’s supposedly non-political, one-sided White House discussion.

Regrettably, representatives from the 524 schools who thus far have chosen to drop out of the school lunch program were not in attendance either. Neither was the superintendent of the Waterford, Wisconsin school district that dropped the school lunch program because “students complained about taste, portions are not big enough for athletes and dollars get wasted on fruits and vegetables that students must take but often are thrown away.”

Mrs. Obama’s advocator, Sam Kass, claims that allowing schools to opt out is a “real assault” on the first lady’s effort to assault kids by force-feeding them horrible tasting food. According to Mr. Kass, even though one million students are choosing to opt out, and the ones who haven’t opted out just yet are cranky, starving, and sneaking off campus for lunch, “These standards are working!”

No offense to Sam, who’s probably a nice enough guy, but that is just the sort of delusional optimism and contrived positivity typically projected by the president and first lady’s toadies in their attempts to convince an unwilling America to accept yet another failed Obama policy.
Read more at http://clashdaily.com/2014/05/food-police-strking-back-mrs-obama-doubles-school-lunch-diktats/#zmQUA5JahwjFvPij.99