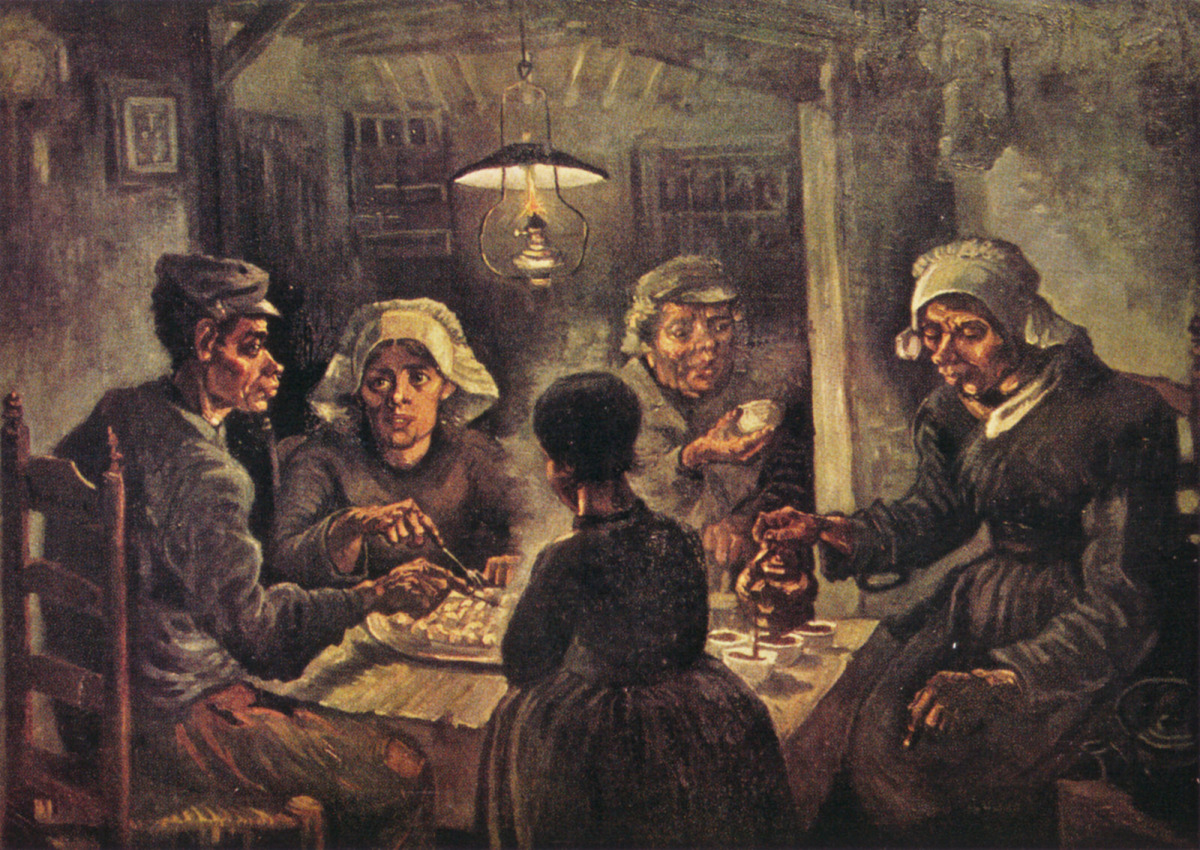 In response to complaints about her precious school lunch program, Mrs. Obama is riled up.  The FLOTUS is so annoyed that she’s written an op-ed published in the New York Times that praises physicians, pans the House of Representatives, and pooh-poohs the potato.

Does it matter that the doctors Michelle Obama cites in her effort to give credibility to her healthy lunch argument are the same group of professionals that “overwhelmingly disagree with the changes to U.S. health care by ObamaCare?”

Guess not, because Mrs. Obama is using every weapon at her disposal to wage war against those who dare to suggest schools should be given the choice to opt out of her veggies-for-lunch program.

According to the FLOTUS, the original goal of instituting a government-run lunch menu was to “end the epidemic of childhood obesity … so that kids born today … grow up healthy.” Mrs. Obama swears that the way to end to childhood obesity is to allow the same government – the one that has thwarted the ability of 92 million Americans to work – to apply “what works” when feeding their children at school.

In defense of government-ordered cafeteria fare, much like her global-warming huckster husband Barack, Michelle depends on the “most current science,” as well as research that indicates “kids needed less sugar, salt and fat in their diets.”  Who knew?

So while Sasha and Malia attend a school that costs $25K per year and get to choose between “Classic Entrees” that include baked Ziti, Cuban pork sandwiches, and BBQ wings, Michelle, who adores ancho-chile short ribs herself, denies similar choices to children tethered to publicly-funded school lunch programs.

Meanwhile, the FLOTUS asserts that the benefits of healthy-lunch initiatives are “evidence-based” and rely on “current science,” which raises the question:  Are Sasha and Malia instructed to pick only from the “Vegetarian Entrée” side of the Sidwell Friends lunch menu?

In her NY Times piece, Michelle emphasized that the obesity rate is beginning to fall among our youngest children, a claim Albert Einstein College of Medicine epidemiologist Geoffrey Kabat believes is an “imprecise” CDC finding that may very well be the opposite.

Nevertheless, despite conflicting studies and overall obesity rates remaining stagnant, Mrs. Obama sees progress, which is the same mentality that considers it progress to ruin the healthcare of 270 million insured Americans so that 30 million uninsured Americans can have equally shoddy healthcare.

After citing imprecise CDC findings, leaning upon the expertise of doctors who criticize Obamacare, and ignoring the lunch menu her own daughters enjoy, Michelle shifted her argument to the child-hating House of Representatives.

That’s when the potato bashing really got started.

This is a woman who admitted that she couldn’t stop eating French fries.  So why demean potatoes so aggressively that the United Potato Growers of America deserve a public apology?  Oprah Winfrey got sued for less than that by Texas cattlemen for dissing beef.

The article didn’t stop with disparaging potatoes, either.  From there Michelle blatantly accused Republicans of waging war against women and children by suggesting that potatoes, which are rich in Vitamin B6 and potassium, as well as Vitamin C, phosphorus, manganese and fiber, should remain on the list of foods women can purchase with Women, Infants and Children (WIC) dollars.

“That’s why,” Michelle informed readers, “the Institute of Medicine — the nonpartisan, scientific body that advises on the standards for WIC — has said that potatoes should not be part of the WIC program.”

According to Michelle ‘Fingerling Potato Velouté’ Obama who, unlike Dan Quayle, spells potato correctly and obviously consumes a healthy share of taters herself, “there is nothing wrong with potatoes. The problem is that [in her opinion] many women and children already consume enough potatoes[.]”

From spuds, Michelle moved on to the 2010 Healthy, Hunger-Free Kids Act, which hundreds of schools are hoping to opt out of.  Clearly not a fan of “optional,” the FLOTUS favors “mandatory.”

The FLOTUS warned America that members of the House of Representatives (meaning Republicans) are “threatening to roll back these new standards and lower the quality of food our kids get in school,” which is untrue. The type of flexibility and autonomy Michelle’s daughters enjoy at Sidwell is what Republicans are requesting on behalf of public schools.

Then Michelle asked, “Remember a few years ago when Congress declared that the sauce on a slice of pizza should count as a vegetable in school lunches? You don’t have to be a nutritionist” – which she is not – “to know that [pizza sauce counting as a vegetable] doesn’t make much sense.”

Still, despite the futile nature of the carrots-and-kale versus pizza-and-hot-dogs argument, Michelle is right about one thing:  “Our children deserve so much better than this” – but not as it relates to food.  Our kids deserve a future that includes freedom from the government strangulation prevalent in every policy Michelle Obama and her husband Barack have placed upon the tiny shoulders of America’s next generation.

As Michelle Obama rightly says, “The bottom line is very simple: As parents, we always put our children’s interests first,” which is why the government should butt out.  After all, as Michelle points out, “We wake up every morning and go to bed every night worrying about their well-being and their futures.”

The problem is that, in the interest of furthering their progressive ideology, from policing lunch rooms to invading doctors’ offices to running roughshod over our economy, New York Times op-ed contributor Michelle Obama and her husband Barack are clearly the ones putting the well-being and future of America’s children last.