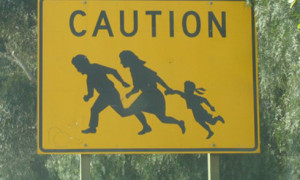 As U.S. vets waste away on VA waiting lists and one half of working-age Americans remain unemployed, the southern border devolves into orchestrated chaos, the gains made through blood and treasure disintegrate in the Middle East, and jihadists released from Gitmo prepare to pick up where they left off, Barack Obama focuses on more important issues, such as addressing a Democratic Senatorial Campaign Committee fundraiser held in the tony home of big Democrat donors Joanne and Paul Egerman of Weston, Massachusetts.

After giving the commencement address at Worcester Technical High School, Obama reminded big-money donors that America’s “future rests” on the success of those whose lawbreaking parents brought them to the U.S. illegally as children and who he thinks should be eligible to become citizens if the DREAM Act is passed by Congress.

Funny, isn’t it? Barack Obama, Kenya’s favorite son, holds the opinion that illegality should not hinder one from transforming America’s future.

As if high percentages of illegals being in a particular school should be the influence that overrides the law, America’s consensus builder reminded his audience that “About 30 to 40 percent of the kids in [Worcester Tech], by the way, are DREAM kids.”

Then Obama pointed out that “You wouldn’t know it looking at them, because they are as American…” as burritos made with flour tortillas versus the more preferable corn… er, I mean “…as apple pie.”

Not to suggest that illegal immigration is on par with serial murder, but no one would have guessed just by looking at him that in his spare time rapist/kidnapper/necrophile Ted Bundy murdered 30 women. So what do a person’s features have to do with deciding whether or not to uphold the law?

Moreover, if facial characteristics are the standard the president uses to condemn or exonerate a criminal, it might be wise to remember that fresh-faced Palestinian suicide bombers toting explosives-filled backpacks could pass for any one of those innocent-looking Central American refugees being housed in Nogales, Arizona.

Nevertheless, Barack Obama pointed out that “every single one of these kids, you might not be able to tell the difference, but a whole bunch of them — they’re worried about whether or not they’re going to be able to finance their college education of their immigrant status [sic].” Despite being incoherent, that statement clearly illustrates that the president either doesn’t know or doesn’t care about the worried, college-age children of millions of unemployed American citizens, let alone the millions of ailing Americans unable to finance their healthcare thanks to Obama’s assistance via healthcare reform.

Concerned primarily about illegal immigrants – unlike the vast majority of American citizens – Obama told donors that DREAM kids are “worried about whether, in fact, this country that they love so deeply loves them back and understands that our future rests on their success.”

So these young people are graduating, ready to go to college, but also certified nurses, EMT folks.  Many of them are choosing to join the military and will contribute to our country in this way. And looking out as I was speaking to them and then shaking their hands, and giving them hugs and high-fives and all the things that kids do on a graduation, I thought to myself: How could we not want to invest in these kids?

A better question is this: Why does Obama refuse to invest in America by reinforcing U.S. sovereignty in the minds of those who disrespect it, and by negating his sovereign oath to uphold the law?

Moreover, why wouldn’t Barack Obama want to encourage the illegals he calls DREAM kids to emulate those who migrated from every corner of the globe, entered the U.S. in a lawful manner, and then depended on personal hard work, not a bloated, federal Nanny State, to achieve their success?

Could the answer to that question be that the president is a hybrid DREAMer himself? After all, many still believe Barack Hussein Obama may be enjoying the perks of a fraudulent presidency, which would explain why he works so hard to advocate on behalf of those who are equally opposed to obeying America’s laws.

Either way, Barack Obama suggesting that our nation’s future depends on the government making sure that illegal immigrants succeed says a lot about this particular president’s low opinion of the law-abiding citizens who may not be able to afford a Democrat fundraiser, but truly do make up the “fabric of this nation.”