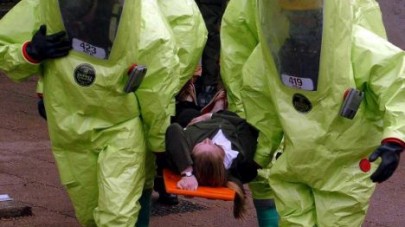 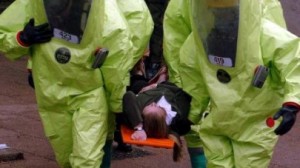 In December 2008, just one month after Barack Obama was elected, a bipartisan commission study briefed Vice President-elect Joe Biden and warned him that “The United States can expect a terror attack using nuclear or more likely biological weapons before 2013.”

The 112-page study was entitled A World at Risk and alerted the newly-elected “fundamental transformer” that efforts needed to be stepped up to counter the inevitable terrorism threats headed America’s way. The report stated that “Our margin of safety is shrinking, not growing.”

The “At Risk” report was the work of the Commission on the Prevention of WMD Proliferation and Terrorism of the United States Congress also known as the Graham/Talent WMD Commission, led by former Senators Bob Graham (D-FL) and Jim Talent (R-MO).

More concerned about a biological threat, the commission’s report warned:

The biological threat is greater than the nuclear; the acquisition of deadly pathogens, and their weaponization and dissemination in aerosol form, would entail fewer technical hurdles than the theft or production of weapons-grade uranium or plutonium and its assembly into an improvised nuclear device.

At the time, Senator Graham cautioned that “anthrax remains the most likely biological weapon.” However, the senator also advised that “contagious diseases, such as the influenza strain that killed 40 million early in the 20th century, are looming threats.”

Read more at The Clash Daily