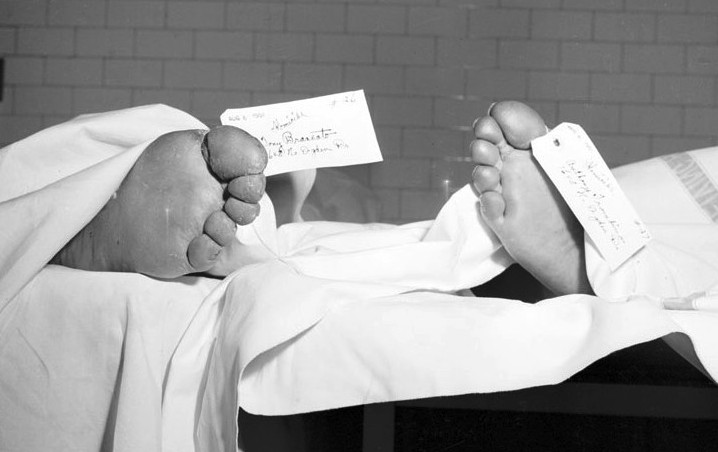 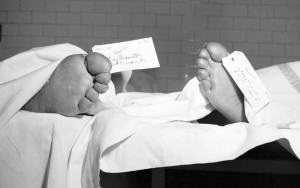 In July of 2012 when President Obama was campaigning, on the second day of his bus tour through Ohio and Pennsylvania at 8:06 in the morning he stopped at Ann’s Place 24-Hour Restaurant in Akron for breakfast. While dining with Goodyear plant employees, Barack Obama scarfed down a heart-stopping pile of grub featuring two eggs, over medium, with bacon and wheat toast and grits.

Once he finished eating, the 70-year-old owner of the diner, Josephine “Ann” Harris, who adored Obama, hugged the president in the parking lot, which her family later said was a real “highlight” in the life of the elderly owner.

Ann was so thrilled about meeting her hero that after Barack Obama boarded his bus and left, at 8:42 am the great-grandmother marked the occasion by posing for pictures with four generations of “Ann’s Place” family members.

Then, at 11:18 am, just three hours after hugging the president, Ann suddenly complained of fatigue and a tingling feeling and was rushed to a local emergency room in Akron, where she succumbed to a heart attack and died five hours after Barack Obama dined in her establishment.

Already aboard Air Force One when he was informed about the woman’s death, then- White House Press Secretary Jay Carney, speaking on the president’s behalf, said that Ann’s death was a “very sad event,” and conveyed the Obamas’ condolences.

So, Barack Obama stops for breakfast at 8:06 am at a diner owned by an old woman named Ann, and then five hours after his campaign bus exits the parking lot Ann is dead.

Now it’s two years later and Barack Obama is in Minnesota on what’s being called an ‘In the Shoes’ tour, where he’s taking to the streets for two days to talk with regular Americans about the economic problems he caused.

After meeting and greeting struggling Minnesotans on the first day of the trip, President Obama, accompanied by Twin Cities mom/letter-writer Rebekah Erler, stopped for an unhealthy lunch at Matt’s Bar in Minnehaha Park. Once inside the small restaurant, Obama ordered the famous ‘Jucy Lucy’ stuffed cheeseburger.

As fate would have it, now we come to find out that, similar to Ann Harris’s unfortunate demise, the original owner of Matt’s Bar, Matt Bristol, died a few hours before President Obama and his guest Ms. Erler arrived for their photo op.

Born in 1925, the 89-year-old proprietor had been suffering for nine months from lung cancer, and unlike Ann Harris, who got to fulfill every Obama fan’s wish before dying, Mr. Bristol left this planet unaware that Barack Obama would be stopping by for lunch.

Back in 2012, Obama did not allow the tragic death of Ann Harris to curtail his campaigning, of course. And although he was probably equally broken up by the news that Matt Bristol passed away, even that didn’t stop the POTUS from indulging in that famous burger with cheese melted inside of two patties, nor did it stop him from shaking people’s hands inside the late Matt Bristol’s small, crowded greasy spoon, attending a town hall meeting, or showing up at an evening Democratic fundraising dinner.

When it comes to Obama’s association with dead restaurant owners, it is a tad eerie that twice in two years, the proprietor of an eatery bearing that person’s first name, either just before Barack arrived or right after he left, up and croaked.

So, word to the wise: if oh, let’s say Bobby Flay of Bobby’s Burger Place plans to invite President Obama to stop by one of his burger joints for a bite to eat, Bobby should probably reconsider.