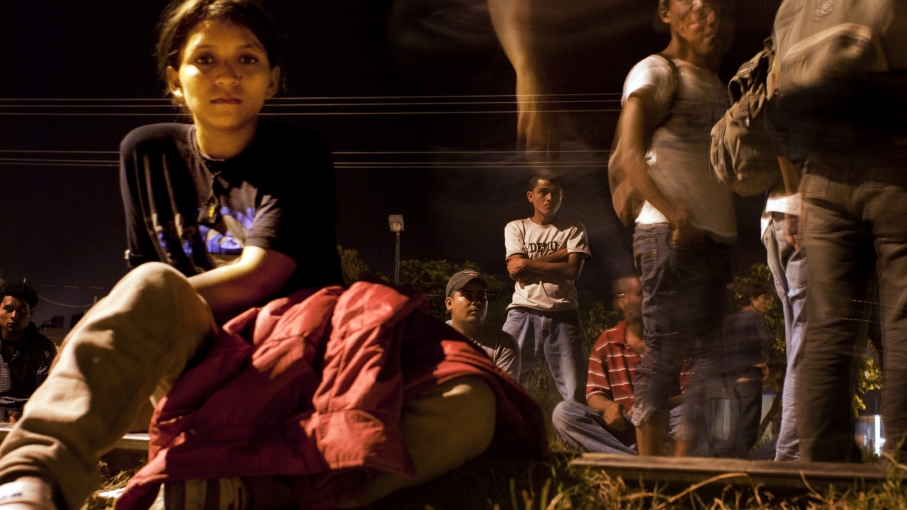 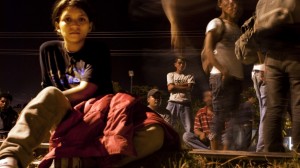 In 2005, after Hurricane Katrina, George W. Bush’s second term was tainted with accusations of racism.  The former president and his government’s slow response to Katrina fostered comments in the black community that Bush later said were the “the most disgusting moments” of his presidency.

At the center of the debate was rapper Kanye West, who publicly declared that the government’s slow response to the hurricane’s damage indicated that Bush, the president with a solid record of positive involvement in African policies concerning Sudan and South Sudan and HIV/AIDS and malaria, “[didn’t] care about black people.”

Bush later said, “I faced a lot of criticism as president… But the suggestion that I was racist because of the response to Katrina represented an all-time low.”

Nine years later, in a June 2014 GQ interview, Austin Powers comedian Mike Myers, the man who stood beside West when the rapper accused the former president of racism, defended his friend by saying that after watching Katrina news coverage on television, he too believed that “had that been white people, the government would have been there faster.”

Now there is a similar controversy crying out for attention from the likes of those who implied that G.W. Bush was a racist.  This time it concerns not black, but brown people from Central America journeying illegally over the southern border.

White House Press Secretary Josh “Not So” Earnest announced that, because the president receives his information from a chain of senior advisors, he will not be traveling to the border, nor is there a need for him to drop by detention centers to visit with warehoused “unaccompanied” brown children.

Mr. Earnest reassured the White House press pool that notwithstanding his avoiding places like Lackland Air Force Base in San Antonio like the proverbial plague, the president is being kept up to date from afar by a “whole range of senior officials in this administration [who] over the course of the last three or four weeks have spent a lot of time in the southwest border.”

Yet even as Earnest claims that the president, who had no idea what was happening in Benghazi the night four Americans were murdered by terrorists, “has a very good sense of what’s happening on the border,” the silence is deafening from those who vilified Bush for not touching down in New Orleans sooner.

So, according to “Not So” Earnest, between golf games and confusing law-abiding immigrants by shilling for amnesty at a July 4 naturalization ceremony, Obama gets “regular reports about what [officials are] seeing on the border and how resources that are being devoted to processing those who have appeared at the border are being used to effectively administrate justice.”  Administrate justice?

So here’s a question that maybe Mr. Earnest, who also seems very concerned about justice, might be able to answer: why wasn’t the senior advisor “chain” that is good enough for Barack Obama good enough for George W. Bush?

And where is the justice in the guy fomenting the border crisis having planned neither a flyover nor a drop-in while attending three Democrat fundraisers in Texas – one in Dallas and two in Austin?

Remember just days before the 2012 election when, despite his tight schedule and regular updates from advisors, Barack Obama somehow managed to fly into New Jersey after Hurricane Sandy to hug lots of white people, including RINO Governor Christie?  Now, for some reason, Obama the “fundamental transformer” can’t find a couple of hours or muster up the desire to accept conservative Governor Rick Perry’s invitation to come to the border and hug brown people.

Meanwhile, according to reporters who did stop by, besides detention centers stinking to high heaven, illegal children are being warehoused like animals and segregated behind chain link fences according to age and gender.  If Bush were in the White House, those conditions would be conveyed as abuse, racism, and gender and age discrimination.

But fear not!  FEMA is on the scene, as well as swine flu, head lice, and whooping cough, plus a few culturally-diverse Third-World favorites like MDR-TB, scabies, and Ebola hemorrhagic fever.

With those types of communicable diseases being spread, Barack Obama could certainly remediate his sagging poll numbers if he suited up in a mask, gown, and gloves and visited with sick Border Security agents infected with the swine flu and TB they caught while changing the diapers of unaccompanied children they were warned not to turn away.

As the chaos continues, the president will travel to Texas to fundraise, but don’t expect to see photos featuring a detached Obama flying over the southern border looking out the window of Air Force One like the one of Bush flying over post-Katrina New Orleans.

Wait!  While Obama is fundraising, maybe Hollywood will save the day, just as they did with Bush, and host a primetime “Shelter from the Storm”-style telethon for the little urchins wrapped in aluminum foil blankets, housed like those in the Superdome after Katrina.  While liberal activist Ben Affleck mans the phone bank raising money for bus tickets, Kanye West and sidekick Mike Myers can rant and rave.

By expressing outrage over the president’s unwillingness – even though he was in Texas already – to personally evaluate the state of affairs at emergency shelters, Hollywood Obama acolytes will have a chance to repudiate their reputation as out-of-touch liberal fantasists.

By speaking out against Barack Obama for ignoring the border crisis, Hollywood can prove it’s really all about the people and not the politics, because according to Kanye’s standards, Barack Obama doesn’t care about brown people.