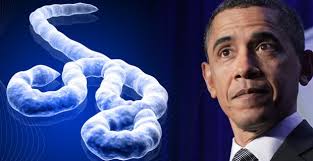 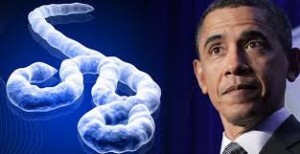 As children all across America infected with an imported Enterovirus from Latin America struggle to breathe, rumor has it that Barack Obama has plans to continue “sharing the health” and “leveling the playing field.”

According to Bob Goodlatte (R-VA), chairman of the House Judiciary Committee, Barack Obama is so concerned for the health and well-being of the victims of the Ebola virus that he’s planning to shuttle the sick and dying from West Africa to the U.S. for hands-on management.

One of Goodlatte’s aides told Fox News that “someone in one of the agencies” contacted the congressman’s office, saying that Obama’s Ebola importation plan would apply to non-U.S. residents. Although no one said for sure, it’s highly likely that those whose tax monies regularly fund this president’s hare-brained ideas would probably be the same ones paying for the transport and treatment of patients who will in turn expose those footing the bill to the deadly disease.

An alarmed Goodlatte warned that expanding America’s supposed “at the source” Ebola policy to include importing the most deadly of all third-world diseases could put citizens already struggling with MDR-TB, swine flu, and Enterovirus D-68 at even more risk.

So concerned is Chairman Goodlatte that he wrote a letter to Homeland Security Secretary Jeh Johnson and Secretary of State John Kerry asking for confirmation of the story.  Thus far, Goodlatte says he has yet to receive a response, which is a strong indication that Goodlatte’s feeling is well-founded.

And Goodlatte is not alone in his concerns. Conservative watchdog Judicial Watch concurs and claims that the administration that’s vigorously looking for ways to destroy America is doing so by “actively formulating” plans to ferry Ebola patients into the U.S. to treat them “within the first days of diagnosis” – which is when they are most highly contagious.

But not to worry, because ever since Barack Obama remodeled the health care system, although Americans with cancer and other fatal diseases have been kicked off their insurance plans and had their premiums skyrocket, the nation has never been better-equipped to take on the burden of a deadly virus that has the potential to wipe out 70% of the U.S. population.

Not only that, but as an added bonus, when renegade Obama grants amnesty to 34 million illegals, if the West African Ebola patients have not died or returned home, they and their large extended families will be in a great position to hit the U.S. citizenship jackpot!

On the irrationality of purposely seeding America with a lethal virus, Goodlatte pointed out:

This is simply a matter of common sense that if you are concerned about this problem spreading – and this is a deadly disease that we’re even concerned about the great health care workers when they come back not spreading it — we certainly shouldn’t be bringing in the patients.

Quite frankly, the congressman should keep those sorts of cautionary insights to himself, because that remark might cue Obama to put his yea and amen on the idea based purely on its potential to wreak holy havoc.

In the meantime, Goodlatte, the one sounding the alarm, is also the one who originally attempted to convince the president that a temporary ban on non-U.S. citizen travel to the United States from the three African countries hardest hit by Ebola would protect U.S. citizens.  From Goodlatte’s logic-based point of view, a travel ban would be “plain common sense … [and] … a practical way to stop this disease from spreading,” which is probably why President Obola has chosen to disregard Bob’s wise counsel.

Instead of “plain common sense” being applied to a treacherous problem, the president continues to maintain that travel bans are a bad idea because the most effective approach is to stop Ebola at its source in West Africa.  Then, quite predictably, he does the exact opposite by clandestinely planning to transfer the source of the problem to the U.S.