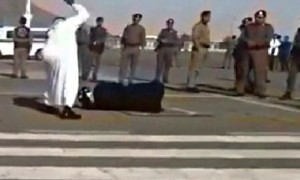 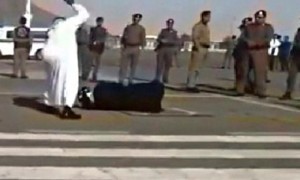 In the kingdom of Saudi Arabia, other than a firing squad, stoning, and an occasional crucifixion, public decapitation is most common for crimes like drug trafficking, rape, murder, apostasy, and armed robbery. That’s why in the “religious jobs” section of Saudi Arabia’s civil service ministry website, Arab headhunters are looking for workers to fill eight job vacancies.

Seems in Saudi Arabia job openings for professional decapitators are plentiful. Why? Because in the first five months of 2015, 85 people have been beheaded.

Simple math indicates that 85 beheadings in five months comes out to about 17 severed heads a month, which is a figure rivaled only by the eclectic execution style of ISIS. At that rate, if nothing changes, 17 heads give or take, per month will cause a pile up of 204 skulls by the end of the 2015.

Either way, according to Amnesty International 85 headless corpses in half a year is a “macabre spike” from the mere 78 in 2013, which grew to the 87 freshly truncated cadavers the Saudis delivered to the grave in 2014.

Nevertheless, the good news for those interested in a job as a head hacker is that “no qualifications [are] necessary and applicants [will] be exempted from the usual entrance exams.” In other words, if you can handle a Sawzall or swing a bat, don’t mind blood splattered on your white robe, and above all, are Sharia-compliant, you’re hired!

Successful candidates would be expected to perform executions dictated by the strict Saudi Sharia law-enforcing courts. Routine assignments would include multitudinous amputations as well as boring tasks like removing one or both hands of those accused and convicted of theft.

Although it’s against the law, sometimes, videotaped executions do occasionally make their way to the Internet. That’s why, for lack of a proper classroom venue, banned execution videos could double as tutorials for newbies in need of on-the-job training.

Take for instance the recent filming of a Burmese woman named Layla bint Abdul Mutaleb Bassim. Poor Mrs. Bassim was beheaded in the holiest of all Muslim cities – Mecca. The video, which was eventually removed from the Internet, shows a condemned woman, after being dragged by police through a car park, kneeling in an area close by a pedestrian crossing, clad in black, begging for her life. Layla is seen imploring with her executioners, and insisting she’s innocent of sexually abusing and then beating her six-year-old stepdaughter Kalthoum bint Abdul Rahman bin Ghulam Gadir to death with a broomstick.

In Layla’s case, the executioner must have been a rookie because the first chop did not sever her head. Lending new meaning to the “religious job” description, Layla was struck twice by a white-robed executioner with a big curved sword called a scimitar.

Horrified? Aw come on, it’s no big deal – it’s a job! Pack your lunch, punch in, and nose to the grindstone until it’s time to clean off the blade in preparation for “another day, another dollar.” In fact, the only thing that could possibly wreak havoc on the employment rate in Saudi Arabia is Michelle and Barry’s recent trip to the Muslim country to offer condolences over the passing of King Abdullah. Based on this president’s track record, Obama’s mere presence could end up being a – no pun intended – death knell for the otherwise-burgeoning Saudi job market.

Even still, with 92,000,000 Americans unemployed, as insensitive as it may sound it’s somewhat refreshing to hear that somewhere in the world the Obama economy has not yet negatively impacted employment opportunities for eager civil servants interested in doing an honest day’s work.