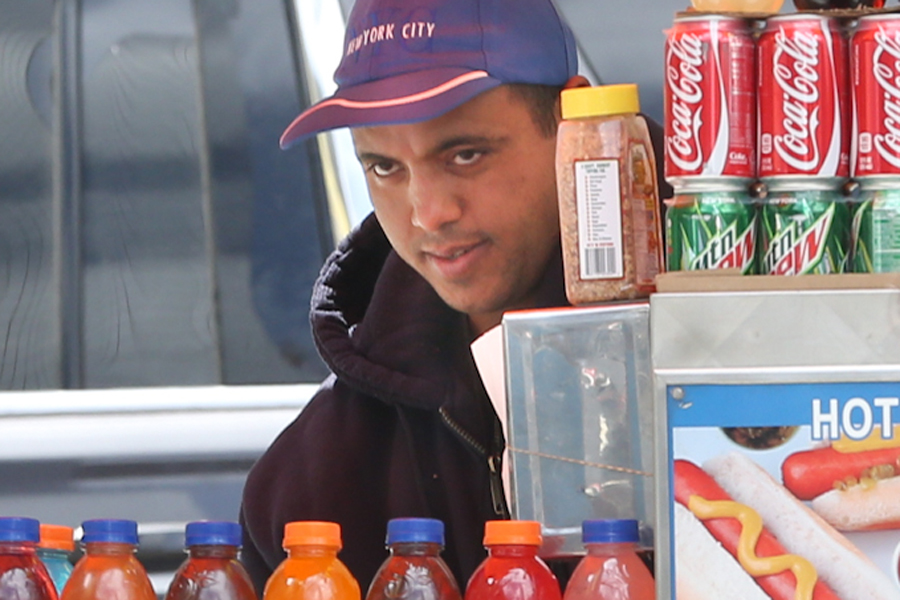 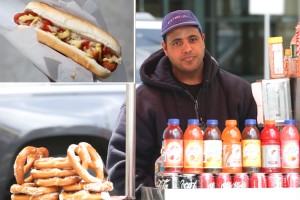 This may be an unpopular position to take, but hot dog vendor Ahmed Mohammed, the man caught selling all-beef dirty-water Sabrett hot dogs at the World Trade Center for $30 a pop, deserves a break.  Although purely speculation, Ahmed is probably just one of Obama’s DREAMers who made his way to America in hopes of making an honest living for himself – a laudable endeavor from anyone’s point of view.

This is a man who recognizes a bunch of dupes when he sees them and responds accordingly, which, in some circles, makes him an entrepreneur of sorts.  The now-famous price-gouger must have gotten the word that America is a country where SNAP recipients sometimes purchase lobster with food stamps, so why not a $30 hot dog?

On the job, Ahmed, shrewd salesman that he is, sizes up customers.  Then, if they look like somebody who would hand over $30 for a hot dog and a pretzel, that’s what he charges.  For the lobster-on-food-stamps types, the franks cost $3 apiece.

Kudos to Ahmed, because what better place to attempt this scam than blue-state New York, right in the heart of liberal Manhattan, home to supporters of mosques near Ground Zero and fans of illegal immigrants bilking the American taxpayer for a chance at a better life?

Yet customers like David, the guy whom Ahmed tried to charge $30 for a hot dog, responded by asking the merchant, “What are you, a crook?”  One woman who had a similar experience had a similar reaction to Ahmed’s shenanigans, saying, “I just felt like I was getting ripped off, and it’s just making the 9/11 grounds like a big tourist trap.”

Jessica Lappin, a representative for Alliance for Downtown New York, a group “striving to make Lower Manhattan a wonderful place to live, work and play by creating a vibrant, multi-use neighborhood where businesses can prosper and the residential community can flourish,” said that Ahmed’s practice of jacking up hot dog prices “gives New York a bad name.”

Never mind the unhealthy carbo-load; according to Jessica, “[t]o rip-off somebody, to charge them $35 for a hot dog and a pretzel … leaves a terrible impression.”

One can’t help but wonder what Jessica’s impression is of sleeper cell terrorists who mingle into the crowd in sanctuary cities by posing as sidewalk vendors.  Not for nothing, but hot dog or no hot dog, what would forever leave an indelible mark on Lower Manhattan is a dirty bomb stashed in the sauerkraut compartment of a Sabrett vendor’s cart.

Ron Wolfgang, in charge of security for Alliance for Downtown New York, said there have been “five times since May 13 where we’ve observed altercations on the street over the prices [Ahmed] charged for hot dogs, pretzels, water, and soda.”

Wolfgang said the reason for the tension between the vendor and the clientele is that Ahmed shortchanged frankfurter fans, withheld change due, or altered the price from $3 for some people to $30 for others.

But Mr. Wolfgang really should give the guy a break, because what both he and Jessica seem unaware of is that in Ahmed’s home country, people lose their heads for a lot less than griping over the price of a hot dog.

Besides, it’s likely that the money mix-up had more to do with Mr. Mohammed never having learned from non-English-speaking Korean manicurists how to correctly make change for a $20 bill.  That’s why, in fairness to Ahmed, perhaps the misunderstood street vendor was just clumsily maneuvering his way through the American monetary system and not ripping people off at all.

Then again, it would have been better if the hot dog tycoon had refrained from speaking to some customers in English, and then when confronted about the crazy price of the dogs pretending to be linguistically challenged.

Still, dismissing the possibility of Ahmed’s language struggles, and in lieu of Homeland Security and the INS scrutinizing his immigration status, the NYC Department of Consumer Affairs has plans to investigate him for not following the department’s regulation that calls for the posting of hot dog prices.  In fact, those missing prices resulted in NYPD hoofing it down to the corner of Greenwich and Albany Street to issue the vendor three summonses, which could result in Ahmed having to fork over $1,500 in fines.

Notwithstanding the clearly capitalistic element to the whole story, Ahmed Mohammed’s high-priced wiener predicament indicates that the peddler may not know the exact price of hot dogs or how to accurately calculate change, but he sure knows how to work the system.  And who can fault the guy for living out what he’s learned so well in a nation whose leaders rob from one group of hapless schmucks so that another group can occasionally buy lobster with food stamps?

Karen Koslowitz, a Democrat councilwoman who supported legislation protecting illegal immigrants held on Rikers Island from deportation by our federal government’s Immigration and Custom Enforcement (ICE), said this of Ahmed: “As I was watching … I was outraged.  First with his attitude, and with the gall.”

Excuse me, Karen, that’s neither attitude nor gall; it’s merely an innocent Obama DREAMer here to take advantage of the president’s promise to “fundamentally transform the United States of America” – in this case, one overpriced hot dog at a time.