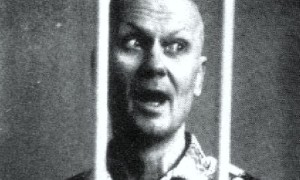 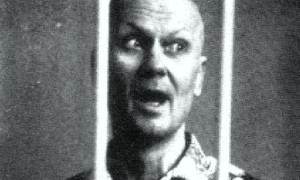 Maybe it’s the affinity for herring that does it, but Russia has turned out a few nasty Jeffrey Dahmer-type killers over the years. First there was the impotent sex freak/supply clerk Andrei Chikatilo, father of Yuri and Lyudmila, who raped, murdered, and cannibalized 53 people.

After he endured a childhood of poverty and Stalinist-era forced famines, and after starving neighbors ate a brother who went missing, Chikatilo developed into a cannibalistic serial killer.

It was between the years of 1978 and 1990 that Andrei got away with dining on tongues and sex organs. Finally Chikatilo was captured, and in 1994 was executed with one bullet to the back of the head.

Now, 25 years later, Russia has another cannibal named Tamara Samsonova. Tamara, dubbed the “Granny Ripper,” is a 68-year-old retiree who, when not playing cards and shuffleboard and whatever else pensioners do, killed, dismembered, cut out the lungs, and dined on what police say could be up to 14 victims – and then chronicled it in a diary.

Tamara’s last target was her friend/tenant Valentina Ulanova, aged 79. In response to a dispute over a dirty teacup, the cannibal drugged Valentina with sleeping pills and cut her up while she was still alive. Then, after decapitating the woman with a hacksaw and possibly eating parts of her body, she stuffed what was left of Valentina into a black plastic bag and dumped it near a pond, where it was later found.

After her arrest, Samsonova, much like Chikatilo, confessed what she did to Valentina: “I killed my tenant Volodya, cut her to pieces in the bathroom with a knife, put the pieces of her body in plastic bags and threw them away.”

Police suspect that the former hotel worker also had her husband, who disappeared 10 years ago, for lunch; carved up a boarder in her apartment; and murdered a businessman whose headless, limbless torso was found 12 years ago on the street where Tamara lived.

At her arraignment, Samsonova told Judge Roman Chebotaryov, “I was getting ready for this court action for dozens of years. It was all done deliberately. With this last murder I closed the chapter. I am guilty and I deserve a punishment.”

Cannibalization is defined as the act of an animal eating one of its own kind, or the act of “us[ing] (a machine) as a source of spare parts for another, similar machine.”

In America there is currently a Planned Parenthood controversy that is similar to what cannibals Samsonova and Chikatilo did in Russia. Although the motives were different, the outcome is the same.

Planned Parenthood is a government-funded organization where human animals consume their own kind and then use the excuse that spare parts are needed to benefit the medical needs of human machines.

Civilized people shriek in horror at the thought of luring, killing, and dismembering an innocent animal, let alone doing the same thing to another person. Yet isn’t that what abortion provider/black-market baby-organ seller Planned Parenthood does all day, everyday? It lures in weak, vulnerable women who want to dispose of children for reasons just as trivial as being upset over a dirty teacup.

Planned Parenthood provides a service to females whose stomachs growl with personal yearning and who satiate that hunger by feeding babies to an organization whose gratification is obtained by profiting from the sale of human flesh.

Samsonova and Chikatilo may have eaten humans outright. But Planned Parenthood clinicians Nucotola, Gatter, Ginde, and Gold Coast Director of Research for Planned Parenthood Melissa Farrell run a close second to the Russian carnivores when it comes to feeding on death.

Let’s face it – only a certifiable people-eater could stuff her gullet while discussing “less crunchy” abortion methods, the sale of baby livers, fetal eyeballs, neural tissue, and how to ensure the delivery of “intact fetal cadavers”.

As for Samsonova, after setting her sights on a mark, in some cases before carving them up for dinner, she drugged her victims. On the other hand, merciless Planned Parenthood doctors choose not to administer pain relief to those marked for death. Thus, before dying, many of the babies being massacred experience an excruciating level of intense suffering.

After dismembering her kill, Tamara separated body parts into edible piles and trash piles. Likewise, before dumping the unsellable tissue into biohazard bags and shipping them to an incinerator, by separating the tiny limbs and tattered organs of the dead, Planned Parenthood does the same thing.

The difference is that unlike a Russian cannibal who detaches heads from torsos in the woods and gouges out lungs in the bathtub, the nurses at Planned Parenthood have “fun” dissecting baby remains on a plate over a lighted table.

As for the consumption aspect, Tamara and Andrei both wolfed down the choicest parts, and so too does Planned Parenthood.

After picking through bone fragments and miniscule sex organs, fingers, and toes, rather than literally eat “another boy,” the legalized butcher of babies sells prime selections to the highest-paying consumer for money that is later used to buy foodstuffs to fill the bellies of famished executioners.

The Russian duo were probably cannibals to satisfy either a pathological sexual perversion, as in Chikatilo’s case, or because of a psychotic mental illness, as in Samsonova’s. But regardless of the excuse, how psychotic does an entire organization have to be to justify slaughtering infants and peddling their organs like spare car parts?

In the end, it remains to be seen whether Tamara Samsonova will suffer the same bullet-to-the-back-of-the-head fate as Andrei Chikatilo. In the meantime, at least when they were finally caught, the Russian cannibals confessed to their crimes, which is more than can be said for the pusillanimous predators at Planned Parenthood.

Whatever ends up happening to the woman who prefers human lungs to Borscht, one thing is certain: Tamara Samsonova has inadvertently provided the American public with a gruesome illustration of the true nature of Planned Parenthood.