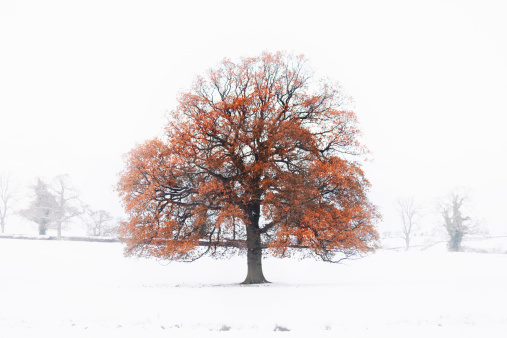 Thomas Jefferson was aware that “The tree of liberty must be refreshed from time to time with the blood of patriots and tyrants.”

Now, by doling out what little is left of America’s wealth to foreign interlopers, those that fit into the tyrant category are shaking the tree of liberty with a decision that includes crediting back payments for time worked illegally in the U.S.

In other words, as part of Obama’s ‘fundamental transformation,’ America has transitioned from a nation who once threatened to fine employers for hiring illegals into a nation crediting illegals with back Social Security payments for work done illegally.

And if rewarding illegals isn’t outrageous enough, with the help of a Congress complicit in furthering the abuse of power, via a $1.1 trillion omnibus budget deal the president plans to further frustrate the efforts of blue-collar Americans desperate to find a job by awarding work visas to 3 million illegal employees.

Of late, these sorts of outrages are not the exception, but the rule. The travesty is that, while silently capitulating to unspeakable indignation, those who nurture the tree of liberty are being made to feel somehow obliged to assume a subservient position to those who either don’t belong in this country or who are heading here to inflict harm.

In hopes of directing the masses, Barack Obama subjects our nation to a litany of course-corrective sermons, where he who knows nothing about “American values” lectures endlessly about “American values.” Clearly, this ongoing effort is not to cultivate freedom, but rather to deconstruct the American view of the world in hopes of helping the stubborn to see America ‘not as it is, but as Obama and his ilk believe it should be.’

Take for instance the manipulative effort of those who demand restraint by citing the need to protect the lives of civilians in bombing raids targeted to exterminate ISIS. Has anyone thought to ask the #ShoutYourAbortion/baby-organ-market crowd how having empathy for the offspring of our enemy, many of whom will grow up to be deadly killers, equates to endorsing the unfettered slaughter of 4,000 American babies a day?

Meanwhile, as we await a terse retort from the proponents of tyranny about how fetuses aren’t human beings, the “do not,” “cannot,” and “not allowed to” list grows longer, not to mention the weight of oppression becoming heavier.

Moreover, if the current state of affairs is evaluated logically, the effort currently underway has to be to create a nation of people who dutifully accept unacceptable things like hordes of illegal felons wandering America’s streets and a Syrian-refugee crisis that threatens to negatively impact all our lives.

What other explanation could there be for citizens to stand by and watch five terrorists exchanged for one military deserter, or for Americans to stomach our children being exposed and infected with deadly Third World diseases? Why else would sane people yield to living side by side with nomadic nemeses who, when not collecting Social Security checks, spend time in the garage building pipe bombs?

Whatever the reason, there’s no denying that liberty’s tree is tilting toward docile capitulation to the overbearing imposition of a community organizer who has methodically reorganized America into a community of demoralized bondservants.

With that in mind, maybe it’s time for the electorate to be reminded that a budget has just been passed that metes out social justice in the form of funding for baby chop-shops, shores up ObamaCare, validates climate change chicanery, and places the wants and needs of illegal immigrants above the challenges facing stressed-out Americans.

Not only that but those we’ve entrusted with safeguarding this nation think so little of the citizenry that they’ve also sanctioned spending $1.6 billion to resettle ISIS-infiltrated refugees in our neighborhoods, which might mean that Americans could be facing a form of tyranny far worse than the Islamic state.

But despite all that, the powers of persuasion have still been able to do things like convincing many that, although a Pakistani jihadist who murdered 14 innocent Americans was improperly screened, the federal system is well-prepared to weed out refugees with falsified passports.

Therefore, what needs to take place in America requires more than acknowledging Congress’s betrayal of the public trust or speaking out against the president’s calculated effort to curtail our First and Second Amendment rights.

This isn’t about recognizing the absurdity of being asked to believe that our mortal enemies will become our friends if we treat them as if we’re walking on shards of glass. Nor is it a matter of rejecting Obama’s appeal to embrace the falsehoods that independence requires servitude, weakness is synonymous with peace, lies are factual, and that tolerating a government-arranged mass looting is how generosity is expressed.

Instead, it’s about the American people finally wresting from the clutches of oppression that which was purchased for us with the blood of patriots who recognized tyranny and then refreshed the tree of liberty accordingly.