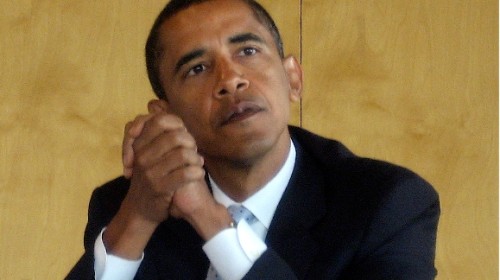 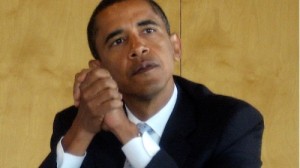 America is already well aware that for Hillary Clinton, who many think is “the smartest woman in the world,” it’s difficult to keep track of minor details like a philandering husband and confidential emails.

Much like Hillary, Barack Obama, the “smartest person in the room,” is also super-intelligent, which is why he may struggle with things like simple math.

Take for instance, back in 2008 when Obama informed Americans that there were seven extra states in the union, all of which he believed he had visited. He even believed he had one left to go. This may be because Obama really does possess the power to “slow the rise of the oceans” and “heal the planet,” so counting states may be too trivial an endeavor.

Either way, Obama’s latest number fumble came a couple of days after exhibiting a very shaky grasp of economics at the State of the Union address. This time, the president, who has been busy “fundamentally transforming” our “fundamentally flawed” Constitution for the last 8-years, added 10-years to America’s age.

In addition to revising our nation’s birthday, while appearing at the University of Omaha in Omaha, Nebraska the president also rewrote a few other things when he said: “Just as all this talk about how the American economy is terrible is just not true, it’s also not true when you hear folks talking about how America’s so weak.”

Obama went on to elevate himself by ridiculing Republicans for being less than enthusiastic about his many other accomplishments such as his having made America, “far and away the most powerful nation on the planet.”

Meanwhile, on a more serious note, as Obama was busy taking credit for America being the “most powerful nation on the planet,” 10 American sailors were being humiliated by Iran on the deck of an apprehended naval ship.

Nonetheless, the president proceeded to rebuke Republicans and educate detractors about America’s strength, explaining we are who we are, “because the United States of America, for two hundred, err – 50 – years, has been working to make us the strongest.”

Wait! In fairness, during America’s bicentennial celebration, which took place in 1976, Barack Obama was only 15-years-old, going by the name Barry Soetoro, and was still living in Indonesia. That may be why Obama believes our nation, which is approaching its 240th birthday, is really 250-years of age. Or maybe little Barry tends to use some kind of Indonesian form of common core math.

Another possibility could be that the former Constitutional law professor is cognizant of something our Founding Fathers didn’t know, either that, or he and his Choom Gang really did tour those 9 states in his Choom Wagon during the decade no one else knew existed.

And while all this misperception could be benign, if Obama continues to fumble around with numbers, there is a dilemma America could encounter in the months ahead.

The red flag went up when an acolyte in the adoring University of Omaha crowd shouted out to Obama: “Four more years!”

Now Barack Obama, who has already proven he can’t count, is reassuring America that after eight years he plans to leave? Don’t count on it.